Alnadar Ahmed, 40, has been jailed for 12 years after choosing a young stranger to act out his sick fantasies – because ‘her skirt was too short’. 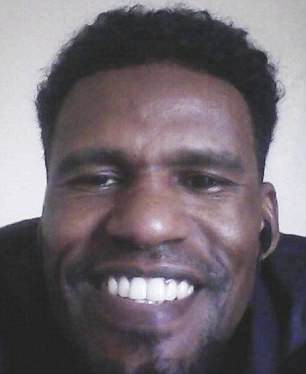 Alnadar Ahmed, 40, has been jailed for 12 years after choosing a young stranger to act out his sick fantasies

In the early hours of New Year’s Day, Ahmed drove into Hull, East Yorkshire, in his black Chevrolet determined to make his fantasies real.

Determined to find a reveller to have sex with – or attack her if she said ‘no’ – he even parked in a taxi rank to fool his victim.

Ahmed, who came to Hull 13 years ago from Sudan, was seen on CCTV hanging around outside the city’s Fuel nightspot when the woman emerged.

The girl, aged in her early 20s walked out just after 1am and Ahmed began to follow her as she walked through Hull City Centre, East Yorks,

He said: ‘What really was attracting my attention was her skirt and her legs.

‘Her skirt was too short and that’s what I was able to see. When I saw her for the first glance I liked her.’

Ahmed stalked her as she walked along the street and parked behind a genuine taxi. The woman spoke to him through the window and got in.

Judge Mark Bury said: ‘It’s quite clear that she thought she was getting into a taxi.

‘That’s not only clear from her evidence but also from a text she sent saying the taxi driver was a ‘freak’.’

He raped his victim in the front passenger seat after driving her close to her home, Hull Crown Court heard.

Prosecutor Charlotte Baines said these showed ‘young women in the rear of a black cab engaging in sexual activity with men depicted as cab drivers’.

She continued: ‘The defendant was hanging around in Hull city centre looking for a target and using his car to hold himself out as a taxi, to play out some sort of sexual fantasy, regardless of whether the complainant was consenting or not.’ 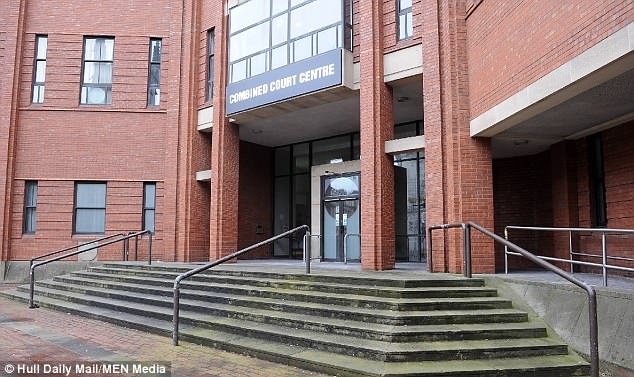 Ahmed raped his victim in the front passenger seat after driving her close to her home, Hull Crown Court heard

Just hours after the attack, Ahmed messaged another young woman on Facebook – offering his services as a taxi driver.

He claimed he had done the woman a favour by innocently giving her a lift and reluctantly had consensual sex with her.

Ahmed denied rape but was convicted. He claimed he had gone into the city centre to enjoy the ‘atmosphere’ of the new year celebrations.

Ahmed’s DNA was already on the police database after being the subject of a previous investigation and was arrested.

Jailing him for 12 years, the judge told him: ‘Within quarter of an hour you had in your car in the street raped a stranger.’

The judge ordered Ahmed’s car to be destroyed. He must register as a sex offender for life.