Maria Young and her neighbours who live in the same block of flats clubbed together and bought the 12ft pool and cover for £64 for their communal garden. But the landlord company has since told them to take it down altogether or empty it out each night for "health and safety" reasons – despite it having nothing to do with the Health and Safety Executive.

Bosses at mhs Homes, which manages the block of six flats, told residents at the building in Strood, Kent, they were worried children from the surrounding area and potential burglars wandering onto the site at night could trip and fall in the water.

Maria, 47, said: "A team of them came and said initially we'd have to get rid of it.

"They then changed their mind and said we had to put it down each night for health and safety issues. 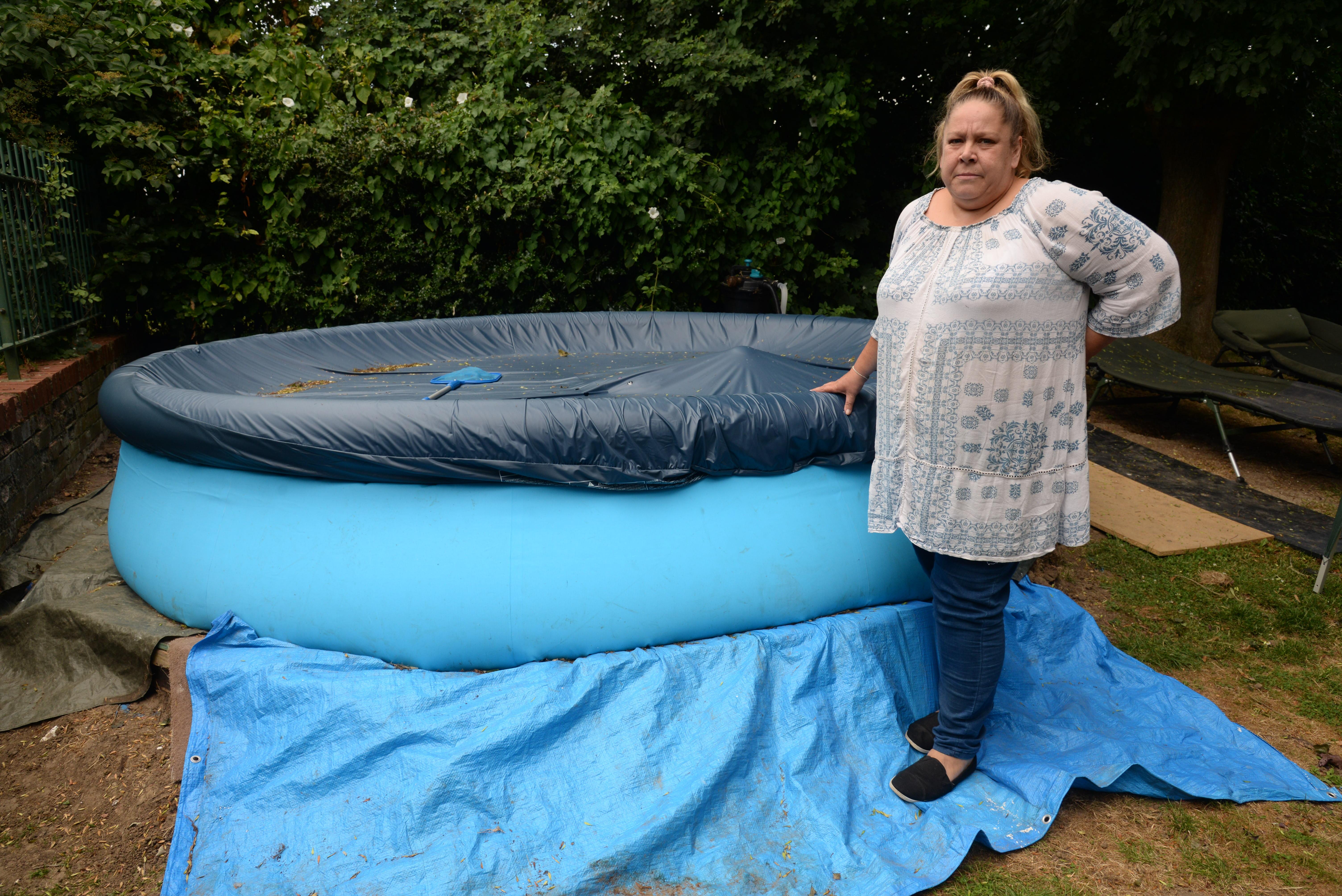 "They said if someone breaks in they might drown in the pool.

"I don't understand. People in other places are allowed them in their community gardens. There's nothing in the tenancy agreement that says we can't.

"We've even said we will sign a disclaimer to take responsibility for it.

"I don't know what the problem is, we have got a really nice block where everyone gets on and this is a nice way for everyone to enjoy the sunshine."

Neighbours clubbed together to buy the pool, which takes around three hours to fill 15,000 gallons, as a way to bring the community together around a month ago. 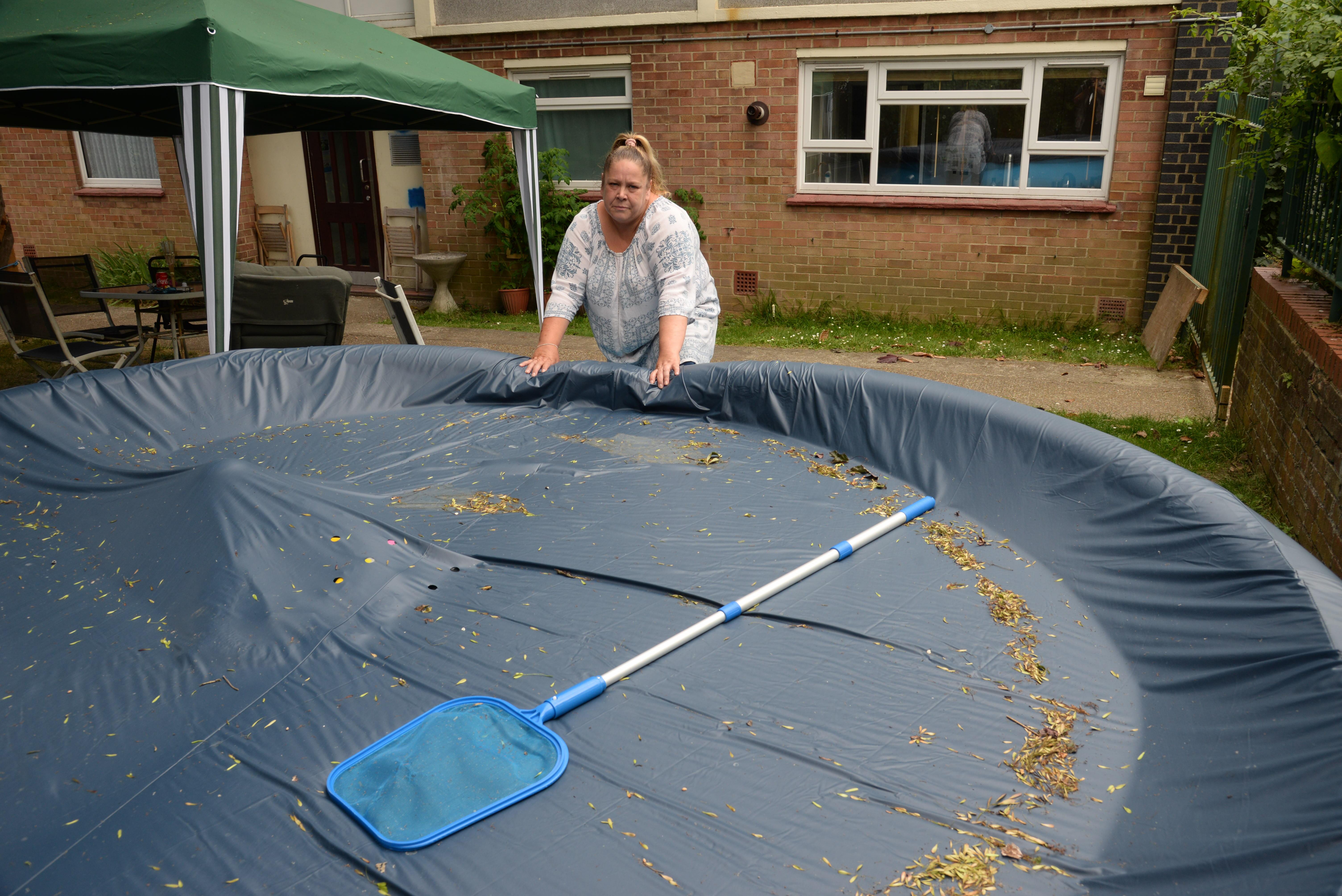 But mhs Homes told the residents to empty the pool each day to make it safe each night.

The block is made up of six flats and the pool is used by the grandchildren of residents living in the flats.

Maria suffers with a spine disease and relaxing in the pool and doing some exercise helps with her condition.

She added: "It relaxes my body and I can't afford to go swimming so this gives me the little bit of exercise I need.

"We all get on really well.

"We sit out the back together and socialise. It's completely enclosed.

"There's no way I'm taking it down. They'll have to carry me out laying in it." 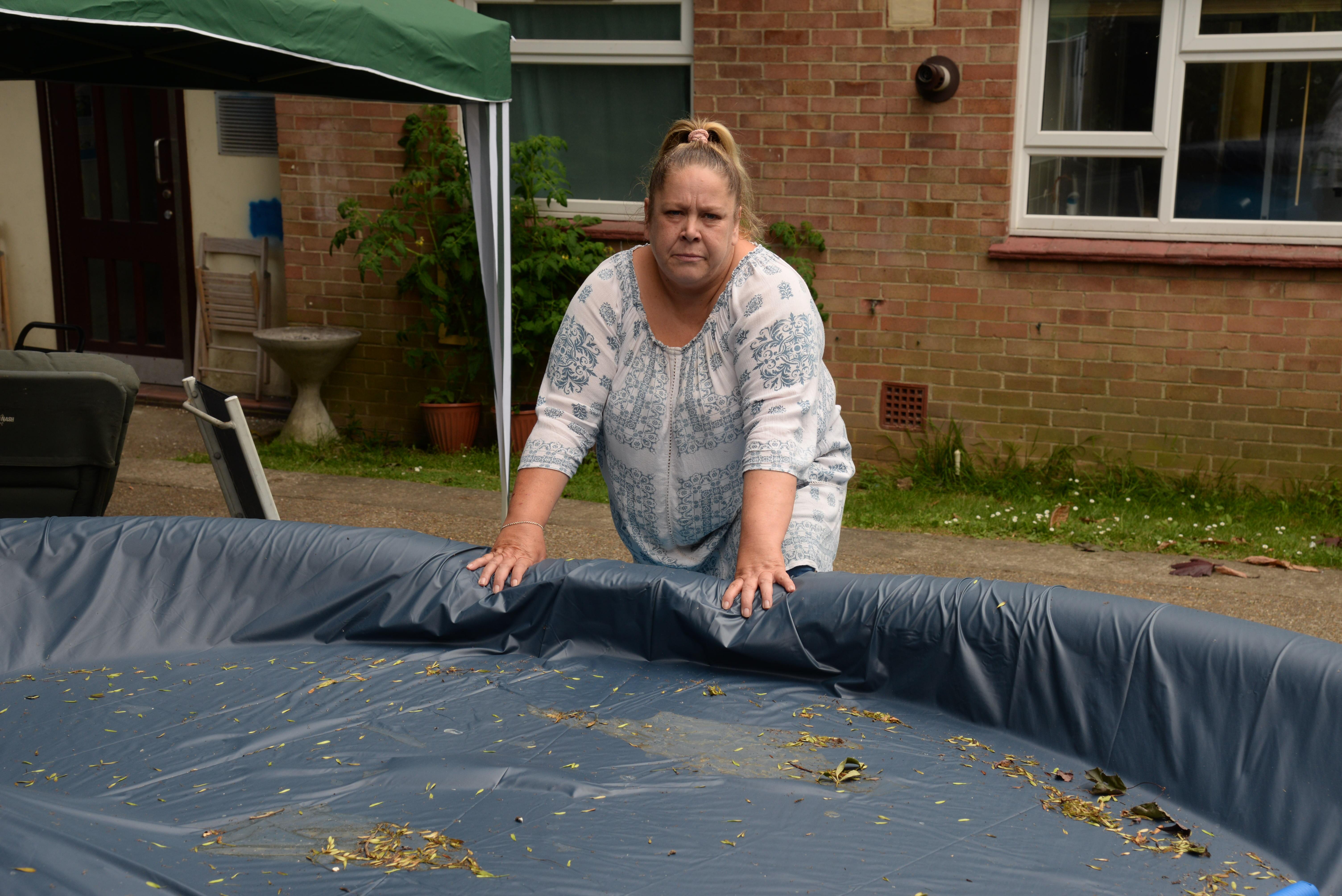 Maria says the problems arouse when a security gate to the communal area broke, which meant people from outside could easily get inside the back area of the flats.

Colette McKenney, housing manager of mhs Homes, said the firm had to "be sure that everyone who has access to that land is safe".

She said: "While it's really lovely to see people coming together as a community, we have to be sure that everyone who has access to that land is safe.

"This summer we're having extreme weather and it's very hot. But the pool is on land owned by us and we're responsible for everyone's safety.

"We're telling residents that the pool needs to be taken down and we'll be speaking to them about how they can safely enjoy a paddling pool in a communal area.

"Pools in private gardens and small children's paddling pools in communal gardens are fine so long as children are always accompanied and it's emptied when not being used.

"We don't want to spoil anyone's fun, which is why we're going to talk to our residents about trying to make this safe."

The housing association landlord has since said management will consider allowing the residents to keep the pool if it is enclosed by a locked fence.