Abbey Forrest longed to be a mother. She and her partner Inderpal Singh Sohal wanted four children.

They were parents for 19 days before their lives and that of their baby girl Ivy were cruelly taken. 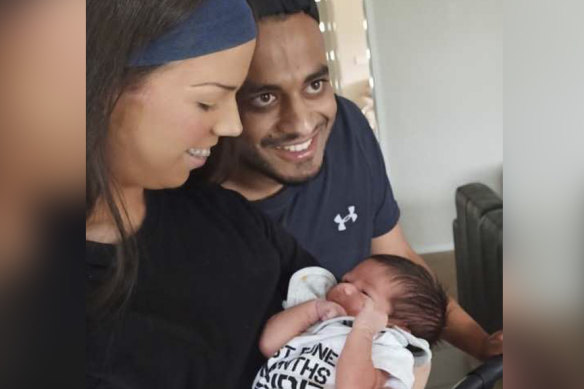 Abbey Forrest, Inderpal Singh Sohal and their daughter Ivy died in a housefire in 2020.

“Their last breaths will haunt me to my dying days,” Abbey’s mother, Elizabeth Forrest, told the Supreme Court on Monday.

She lost half her family in December 2020, when Jenny Hayes set fire to a Point Cook townhouse.

Abbey Forrest, 19, and Sohal, 28, were asleep upstairs with Ivy in their newly rented townhouse and could not escape the deliberately lit blaze. They died from carbon monoxide poisoning. 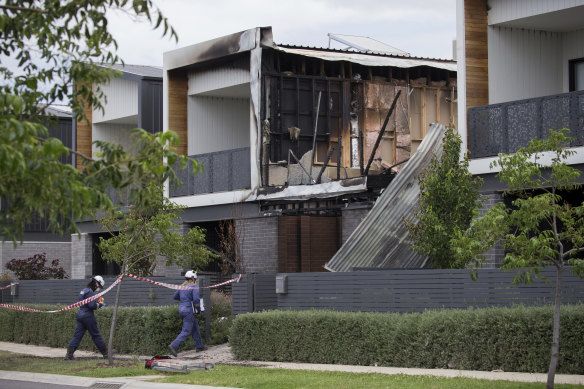 The scene of the Point Cook blaze.Credit:Paul Jeffers

Sometimes she pretends the young couple have taken their daughter to visit Sohal’s family in India, something they had planned.

“I know it’s not true but on the hard days it’s easier to comprehend than what really happened,” she said.

Sohal’s sister Harpreet Sekhon couldn’t bear to tell her children the family had died, and recalled her young son seeing a photo of them in a newspaper.

“He innocently asked if they were famous,” she told the court. 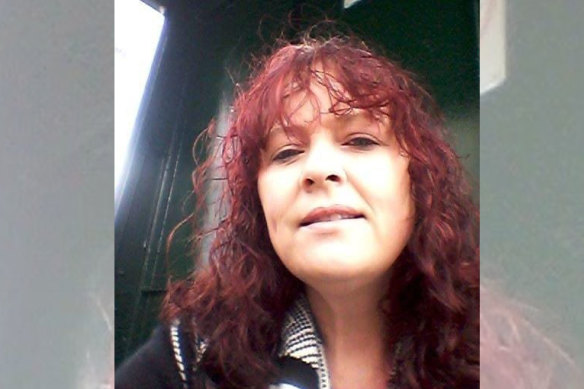 “They just know they are with the angels, watching over them.”

Her father died four months after the townhouse blaze, but he died in spirit on the day of the fire, Sekhon said.

Her plea hearing was told she was furious about a sexual encounter ending badly when she set fire to the townhouse just before 2am on December 2, 2020.

‘There is no getting over it, no closure. Our hearts are broken forever.’

The downstairs bedroom was free to be used by one of Sohal’s friends, who had hired Hayes, a sex worker.

The friend paid for Hayes’ services, but there was a dispute and the man left.

Hayes claimed she was raped by the man and that he took money from her handbag, and so sent him a series of angry texts, including one that said she would set fire to his house.

She set fire to the bed and took photos as the room caught alight, the court heard. The blaze quickly spread and even as she drove away, she took another photo. 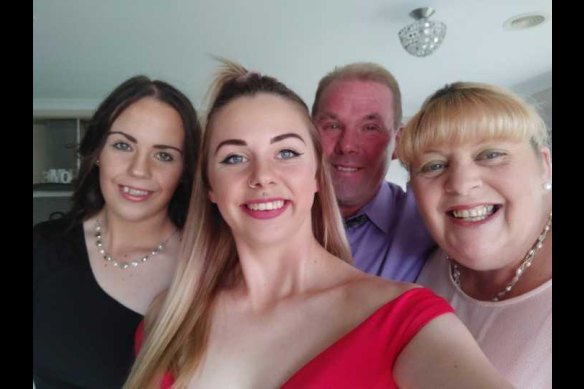 Abbey Forrest (left) with sister Emily and their parents Alan and Elizabeth.

“I’m so sick of people thinking they can do this shit to me and nothing happens to them,” Hayes wrote in a message.

Sohal had lived with the Forrest family in Geelong during Victoria’s COVID-19 lockdowns.

Abbey Forrest, an aspiring paramedic, fell pregnant during her gap year. She longed to be a mother, Elizabeth Forrest said.

Ivy’s arrival marked the beginning of family life together.

Abbey’s father Alan paid tribute to his daughter’s cheekiness and competitive spirit, and revealed he sobs through Sunday family dinners without her.

“There is no getting over it, no closure. Our hearts are broken forever,” he said.

Neighbours reported hearing Sohal crying out for help after the fire started, and one said her partner saw Forrest screaming and banging against a window, trying to escape.

Despite attempts to get into the home, they could not be saved.

“It was only a little flame on the bed,” Hayes told police after her arrest.

“I provided him with a service … I f—ing started burning his mattress because he took my money.”

Hayes said she didn’t know there was anyone else in the house, but prosecutors say Sohal’s friend told her she had to be quiet because the family were sleeping upstairs.

Hayes will be sentenced at a later date.