Family of ‘drunk’ wedding guest, 35, who died after falling down steps at Tube station where he lay undiscovered for SIX HOURS are suing London Underground for £300k in negligence claim

The family of a ‘drunk’ wedding guest who fell to his death at a Tube station and lay undiscovered for more than six hours are suing London Underground for more than £300,000 for negligence.

Bernard Ovu, 35, was trapped in a stairwell at Canning Town station for nearly an hour before tripping down concrete steps leading off the escape bridge and suffering a ‘catastrophic head injury’, it is claimed.

The IT expert fell just before 3am on January 22, 2017, after mistakenly straying into a staff-only area on his way home from a late-night wedding in Rotherhithe, south-east London.

His mother Roselyn Aigbibo Ovu, has now launched a £300,000 damages claim against London Underground Ltd, alleging negligence in failing to ensure safe staffing levels which she says would have led to his presence in the station being detected before it was too late.

But London Underground Ltd deny blame, claiming Mr Ovu was ‘intoxicated’ and ‘trespassing’ in a restricted area when he met his death.

Their lawyers claim a toxicology report found that Mr Ovu’s blood alcohol level was twice the driving limit, and also showed up traces of cannabis and cocaine. 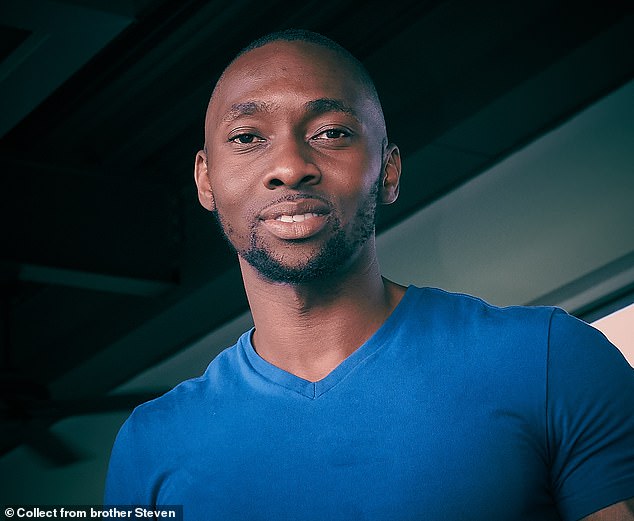 Bernard Ovu, 35, was trapped in a stairwell at Canning Town station for nearly an hour before tripping down a flight of concrete steps leading off the escape bridge and suffering a ‘catastrophic head injury’ on January 22, 2017, it is claimed 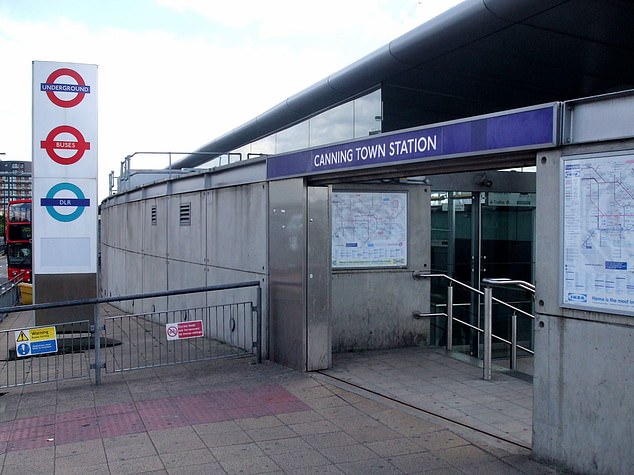 Computer specialist Mr Ovu, who worked for the Bar Council, could have been saved had more staff been on duty, his mother’s lawyers claim.

Mr Ovu became ‘trapped’ in the staff-only area of the station after emergency gates through which he had passed were mistakenly closed, preventing him returning safely to the station platforms, lawyers for his family say in court documents.

He ended up ‘trapped for a 50-minute period behind the emergency gates on a bitterly cold morning, before falling down stairs and suffering fatal injuries,’ the lawyers add.

There was only one staff member monitoring the shut-down station at the time of his death and as a result Mr Ovu was left wandering helplessly for nearly an hour before falling down the steps suffering ‘catastrophic head injuries’, it is claimed.

Mr Ovu was captured on CCTV at the top of the staircase leading down to the DLR platform at around 2.47am, and just two minutes later he clattered down the steps suffering fatal head injuries. His body was discovered at 8.45am – six hours after his fall.

Barrister Guy Watkins, for London Underground, said Mr Ovu was ‘heavily intoxicated’ when he left the wedding venue, and his blood alcohol level was twice the driving limit. Toxicology reports also showed up traces of cannabis and cocaine, the barrister stated. 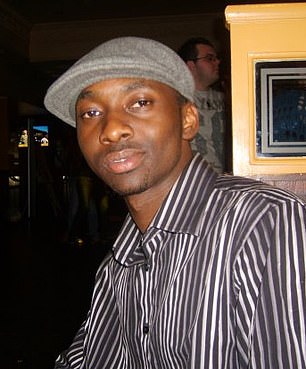 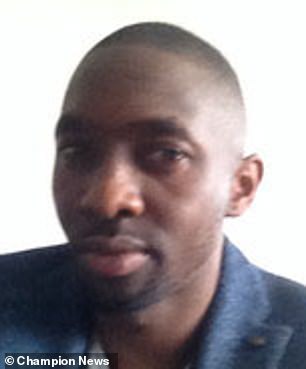 The IT expert fell just before 3am after mistakenly straying into a staff-only area on his way home from a late-night wedding in Rotherhithe, south-east London 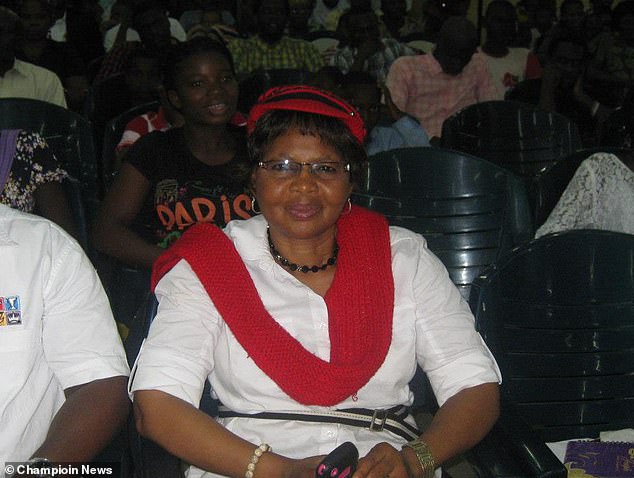 Mr Ovu had been ‘trespassing in a non-public area’ at the time and was ‘behaving erratically and was obviously unsteady on his feet’, Mr Watkins claimed.

He had earlier tried to open the glass automatic doors on the Jubilee Line at Canada Water station and attempted to open a fire door on the platform, the barrister said.

London Underground denies that Mr Ovu was left trapped, insisting that he could have left the station via an emergency footbridge at any time.

Their lawyers also dispute that Mr Ovu was owed any legal duty of care at the time, since he was trespassing in a restricted area. The case has now adjourned to return for trial at a later date.

The first stage of the trial will focus on the ‘preliminary issue’ of whether or not that duty of care existed.

An inquest in November 2017 heard that the sole member of staff on duty, on January 22, failed to check when Mr Ovu set off an alarm by accidentally going through an emergency door. The inquest heard that safety procedures were ‘inconsistent and unclear’.

In a narrative verdict, a jury at Walthamstow Coroner’s Court found: ‘Processes that were known in the event of an emergency door trigger were not followed. Had this process been carried out, it is possible that Bernard may have been located earlier.’

After his death the RMT union called for an independent inquiry into Tube job cuts and staffing levels.