Walter Brown planted this splendid oak to mark his return from WW1… now his grandson warns: Farmer Browns have tilled this soil for 300 years – but a US trade deal could kill us

When he returned home from the horrors of the First World War, a thankful Walter Brown planted an oak tree on the edge of his farm.

Standing tall more than a century later, it symbolises the longevity of his ancestors’ relationship with the land in Rutland.

The Brown family has tilled the soil in the Welland Valley for more than 300 years, but Walter’s grandson Andrew fears the new Agriculture Bill will mean he is the last.

And that could be the ‘final nail in the coffin’ for 40,000 family farms which would be replaced by massive US-style feedlots, where tens of thousands of cattle are crammed into pens with poor environmental standards. 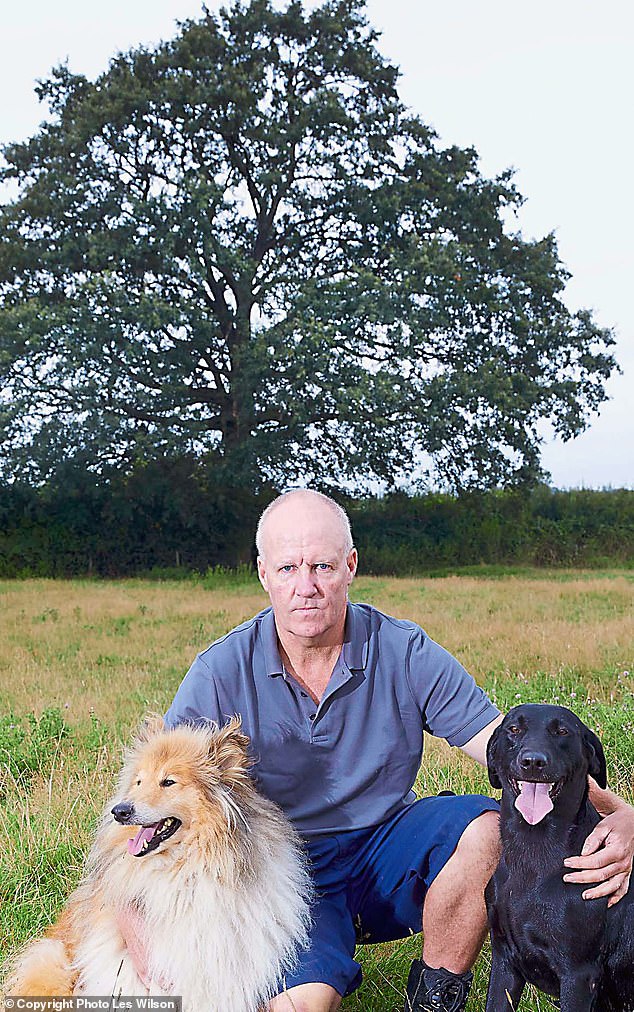 ‘Even though my grandfather lived through the Depression, I think he and my other ancestors would be absolutely amazed at how difficult farming has become,’ he said.

‘I urge the Government not to throw family farms under the bus for a trade deal when we are – and will continue to be – the backbone of rural society, food production and environmental protection in this country.’

Walter saw action at the Somme and Passchendaele with the Leicestershire Yeomanry, and his brother George was killed five days before the Armistice.

After Walter’s death in 1979, his son John took over and doubled the size of the farm to the current 620 acres.

They kept sheep and cattle on permanent pasture alongside the River Welland and Andrew recalls as a child ‘going out into the hayfields, helping stack bales up and feeding the lambs on the bottle during lambing season’.

Andrew switched to arable farming when his three children were young and still uses Walter’s 1958 tractor, affectionately named Phut Phut because of its noise.

But he says the Government is heading down a ‘dangerous path’ that neglects the farming industry and would make the UK reliant on food imports.

Andrew, the former High Sheriff of Rutland, said: ‘If we do a trade deal with the US and they suddenly allow in foods produced to a much lower standard – such as hormone-treated beef and chlorine-washed chicken – then it won’t be a level playing field.

‘It comes down to economics and if I can’t survive, then I’m not going to carry on. It’s a simple choice and a lot of farms are going to have to make that decision fairly soon.

‘The issue of welfare standards really is the final nail in the coffin for family farms in this country.’

The Mail on Sunday has launched a Save Our Family Farms campaign to protect British farmers by keeping controversial US food products off UK supermarket shelves. 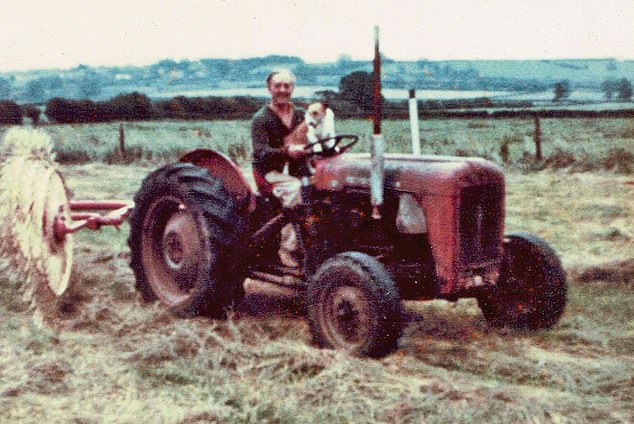 Walter Brown on tractor: Taken circa 1968. Dog sat on his lap was called Twister. The tractor, which was bought new in 1959, is called Phut Phut and the family still occasionally use it

Despite repeated Government assurances that it will not compromise Britain’s food production standards in any transatlantic trade deal, MPs failed in May to back a bid to enshrine the promises into law. The deal is expected to return to the Commons next month.

Andrew believes the Government is ‘terrified’ of failing to strike a deal with US negotiators, adding: ‘If the Agriculture Bill passes without an amendment, I predict there will be 30,000 to 40,000 fewer farmers in this country in the next five to ten years. People generally support British farms until they go to a shop and they see something a bit cheaper. And who can blame them?’

Andrew has converted one of his barns into holiday cottages and runs educational visits for school children.

He has also helped to create a community woodland of 3,500 trees, which is home to barn owls, skylarks and red kites, but does not think such diversification will prevent his farm from being taken over by massive feedlots.

He said: ‘Farmers are often the backbone of a local community and help out when required. I don’t think your big corporate farms are going to do any of that sort of thing. It would be sad if this came to an end with me.’