A FAMILY will be buried in a pet cemetery alongside their dogs as they can't bear to be apart from their 'best friends'.

Gethin and Hilary Hughes MBE bought a plot big enough for their whole family following the death of their rescue lurcher Patsy. 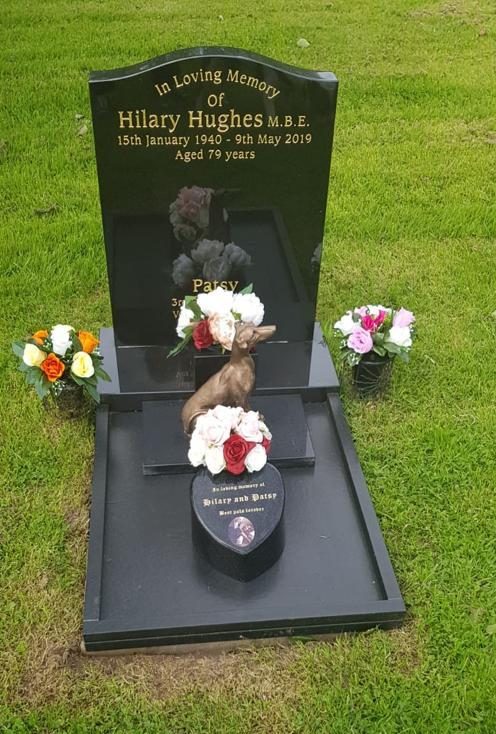 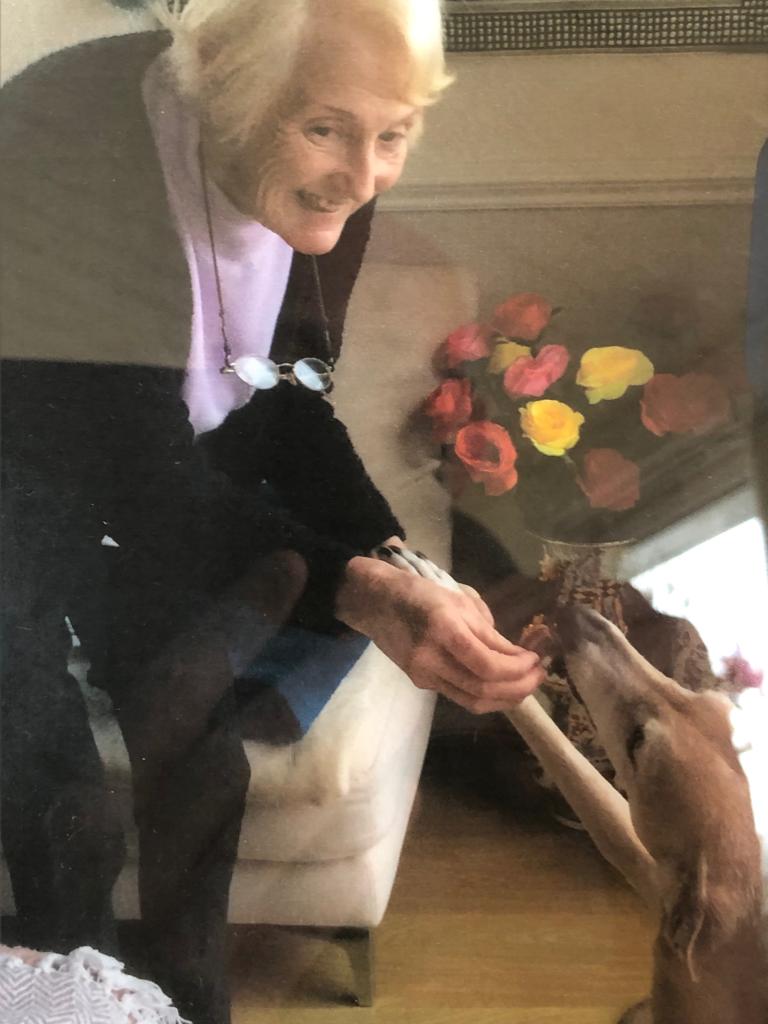 Mrs Hughes, 79, was then buried the pet at the site in Brynfdord in Flintshire, North Wales, after she lost her battle with cancer in May this year.

Patsy was laid to rest there in March, just three months before Hilary sadly passed away.

Widower Mr Hughes, 77, told North Wales Live that he pays weekly visits to their grave, and says that he and Hilary's son will be joining his late wife and dog when the time comes.

He admitted that he had never heard of the Holywell pet cemetery until his wife visited to find out about burying their late pet.

Mr Hughes said: "My wife immediately said she wanted to be buried there with Patsy when she discovered it was possible to do so, and I never tried to deter her, and in fact, I will be joining her one day, as will my stepson- Hilary's son, Stanley Curci.

"Our Staffi bull terrier Nina will also be joining us when the time comes.

"Hilary and I both loved our dogs, Patsy and Hilary were best friends, as Hilary was poorly they were never apart from each other at home."

He added: "The cemetery is immaculate, and it's a very peaceful place.

"I've bought the plot for 100 years, so even if the business is ever sold it will have to be maintained."

"There is nothing morbid about the place and there's even an excellent tearoom."

About 60 people are buried at the pet cemetery with their animals –  and the Hughes family have bought a plot big enough for three humans and two animals.

CAN I BE BURIED WITH MY DOG?

Being buried with your dog has generally not been an option.

However, in recent years, the practice has become more popular.

A few joint cemeteries now allow pets and owners to be buried in the same plot.

The first joint burial took place in Rossendale in Lancashire in 1995.

Cremation is an easier option for people that want to be buried with their pet, as no extra ground plot is required.

Mr Hughes said: "Even a horse's ashes has been interned there, and there are people buried with their pets from as far away as New Zealand, Hong Kong and Australia, it's quite something.

"I don't think it's odd at all to want to be buried with your pets, as people adore their pets and they are very loyal."

He added: "I'd like to thank all our neighbours and colleagues, and my stepson Stanley, who have been so supportive during this difficult time.

"We have raised over £1,000 towards a memorial at the cemetery to honour military working dogs from World War I to the present day, and Hilary who adored dogs as I do would be so pleased by that."

A pet cemetery in Rossendale, Lancashire, was the first to offer joint burials in the UK, with the first one taking place in 1995. 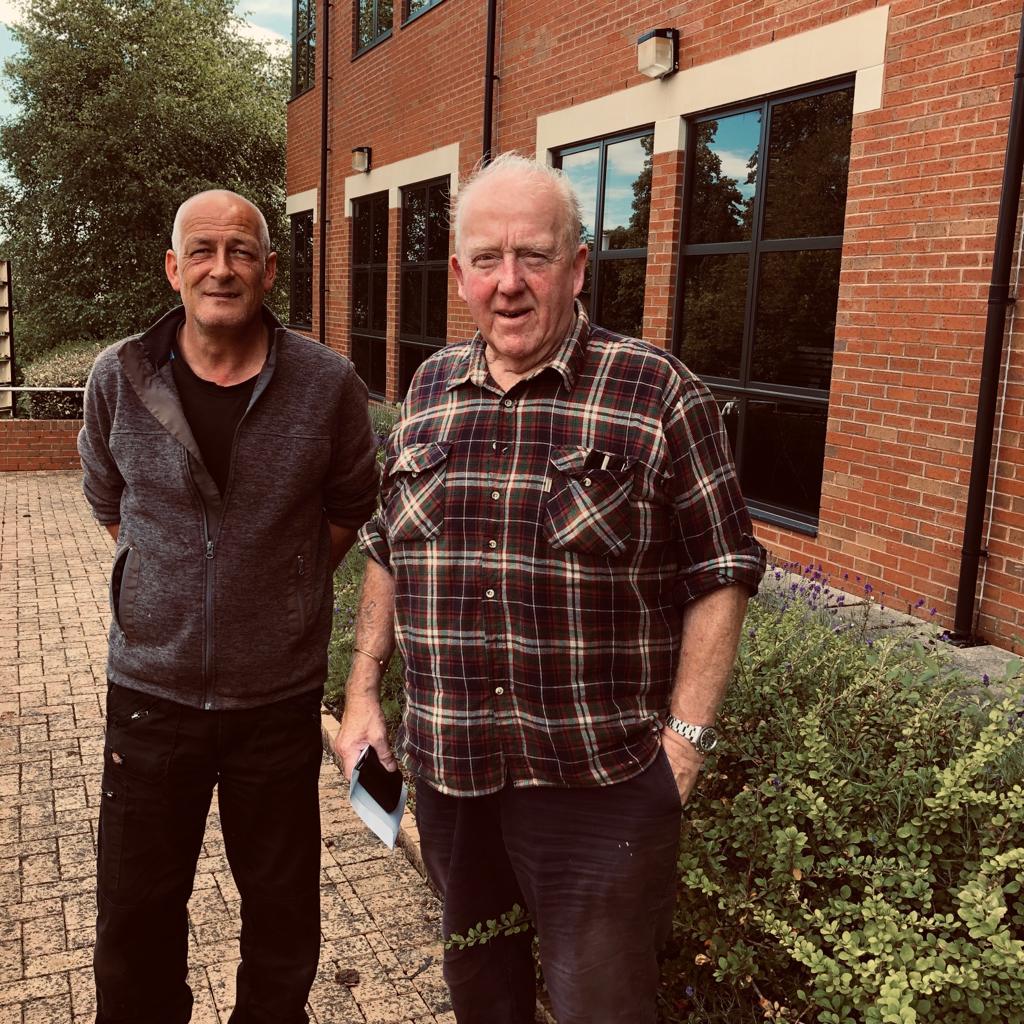 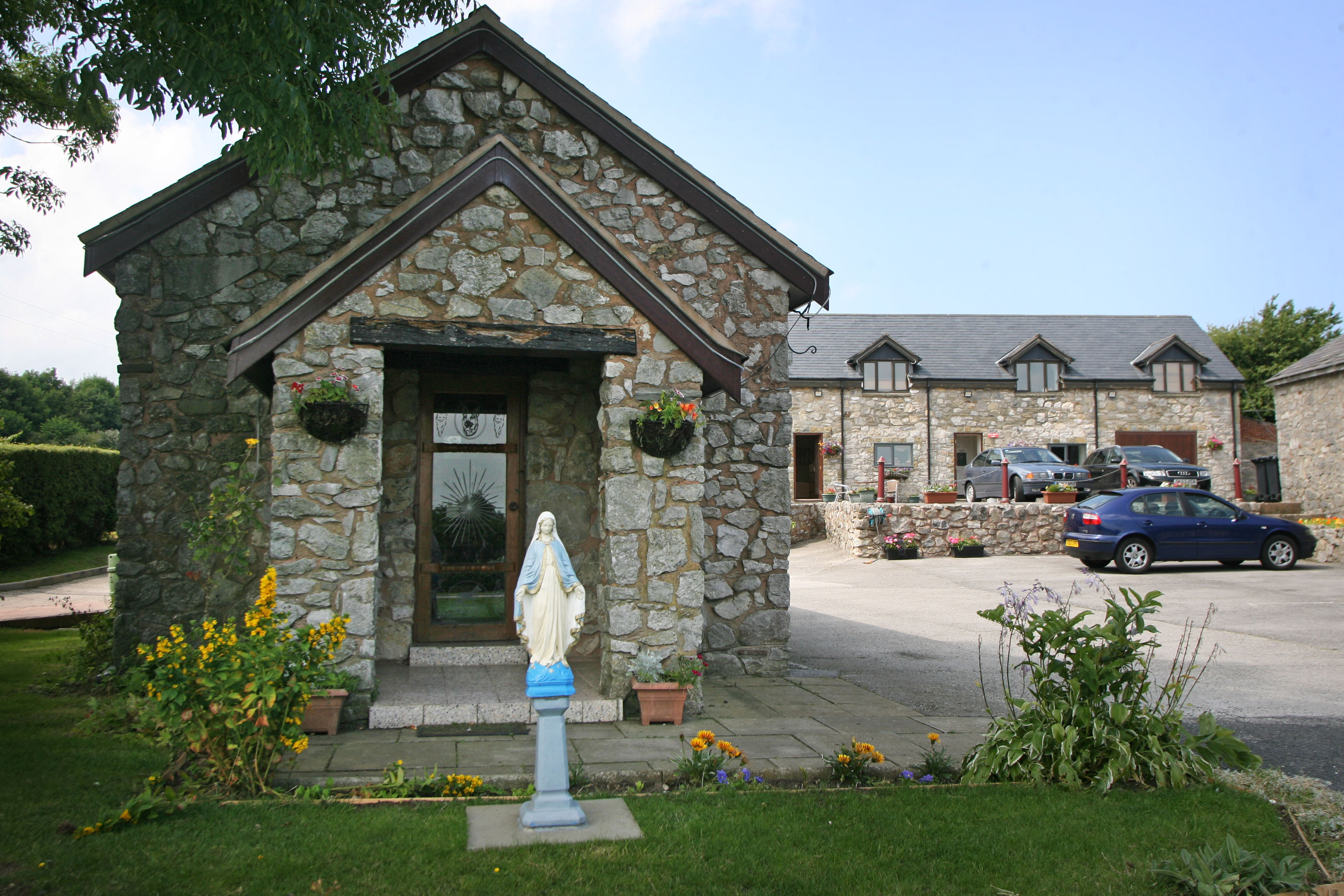