A mansion once owned by John Lennon before he sold it to Ringo Starr is being extended to accommodate guests of a Middle Eastern royal family.

Lennon composed one of his greatest hits Imagine in his bedroom in early 1971 while living with wife Yoko Ono at 18th century Tittenhurst Park at Sunninghill near Ascot, Berkshire.

The former Beatle was filmed and photographed while playing his hit on a white piano in the 18th century house which is now said to be worth £105million.

Lennon bought the white-painted Georgian mansion and its 72 acres of grounds for just £145,000 in 1969, but spent twice the sum on renovation work and refurbishment.

The last ever photo session for the Beatles took place at Tittenhurst Park in August 1969, producing pictures used on the front and back covers of the Hey Jude album in 1970.

Lennon built a recording studio in the grounds before he and Yoko moved to the United States, and he later sold the house to his former bandmate, drummer Ringo Starr in 1973

The spectacular Georgian property was sold on to Sheikh Zayed bin Sultan Al Nahyan, the founding father of the United Arab Emirates, for £5million in 1988. 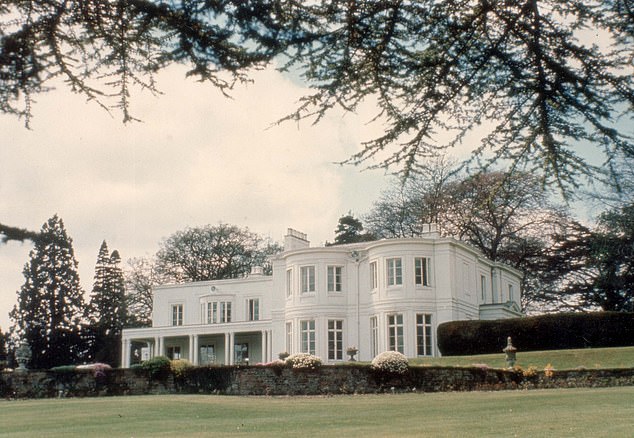 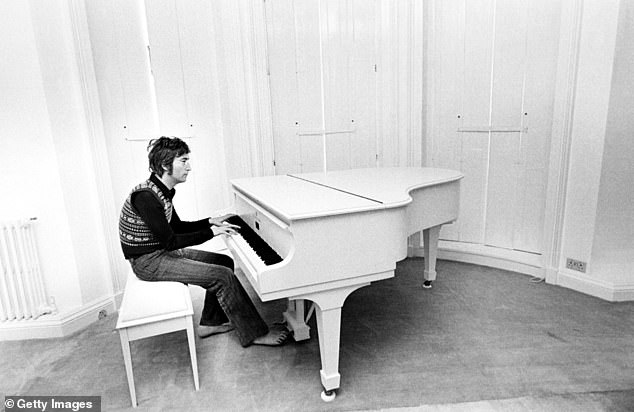 The Royal Borough of Windsor and Maidenhead has given planning consent to build a three bedroom extension to the majlis – or meeting house – that was originally built as a gift for Sheikh Zayed in 2002 at an estimated cost of £2million.

The extended building will include a new eco friendly green roof, and landscaped gardens with seating.

The majlis already comprises several guest bedrooms including VIP rooms and en-suite bathrooms, as well as a ‘plant room’, staff quarters and lower and upper terraces complete with an outdoor pool.

A design and access statement accompanying the planning application stated: ‘The guest accommodation will see the introduction of a modest extension located on the existing paved terrace.

‘There will be an additional three en-suite bedrooms and a corridor link to the existing building, a total of 106.4 m2 of additional floor area.

‘The proposal for additional guest bedrooms is required to support the continued social and political entertainment expected of the middle eastern royal family. The design and scale of the suites match the layout of the existing retained bedrooms.

‘Although increasing the building footprint, there is a reduction in the hard surfaces of the development by the inclusion of a planted roof, which increases the green footprint.’

The document adds that all three new bedrooms will have small stone patio areas outside, broken up by low level planting with small trees and bushes offering screening. 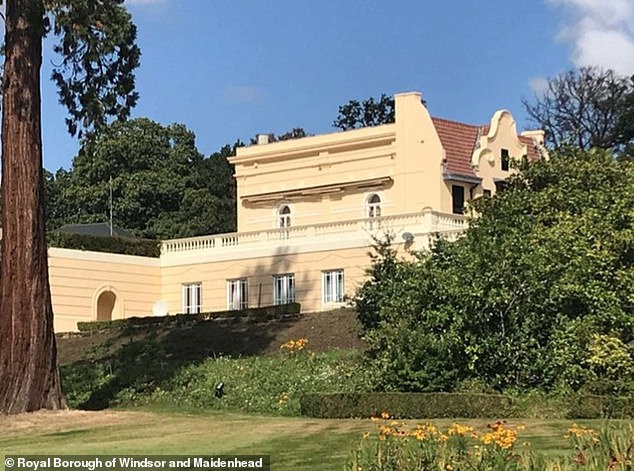 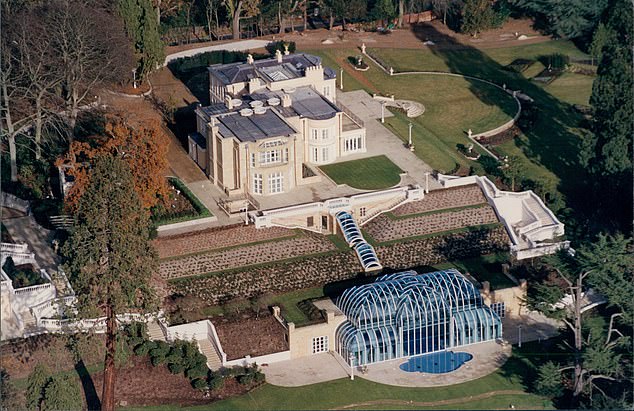 It goes on to say that the new extension will match the design of the historic home and will ‘blend in and sit harmoniously with its immediate surroundings’.

The document states: ‘The proposal for the additional guest bedrooms sits comfortably within the overall scale of the estate, respecting the existing façade treatment of its surrounding buildings and the general openness of the green belt together with increasing the landscaping footprint of the grounds.

‘We consider this to be an acceptable solution for this small development.’ 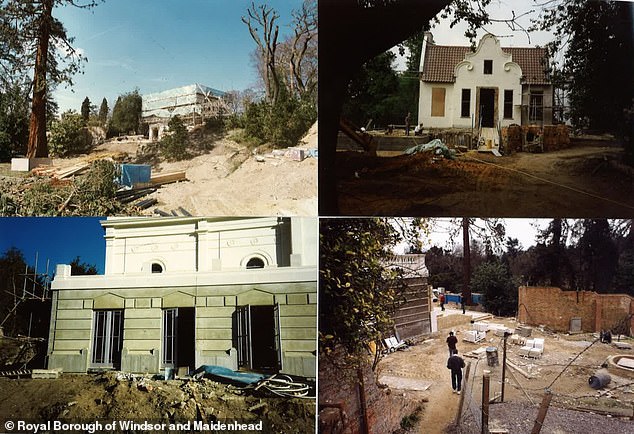 He also served as the ruler of Abu Dhabi from 1966 until his death.

His son, Sheikh Khalifa bin Zayed Al Nahyan, now serves as president of the UAE and emir of Abu Dhabi, and is reported to have an impressive UK-based property portfolio estimated to be worth £5 billion. 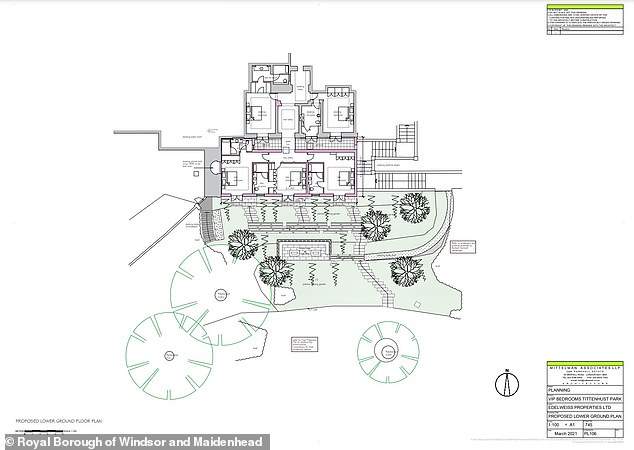 But it was reported earlier this year that the house is still ultimately owned by Sheikh Khalifa’s family. It is said to be used regularly to accommodate family members on special occasions such as Royal Ascot.

The planning documents state that a tree protection plan will be put in place to make sure that trees in the acclaimed grounds are not damaged during the development work.