The calf would only feed from its mother’s front udders and was neglecting the back quarter which was becoming sore and inflamed due to a condition known as mastitis. 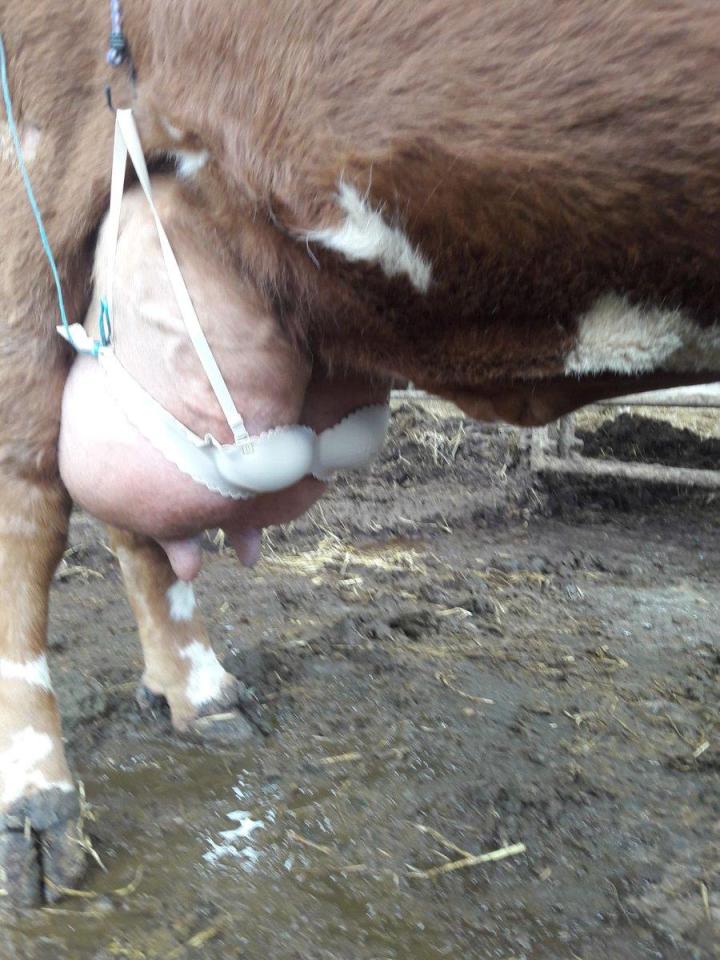 After days of struggling to get the calf to suck the back teats, Graham Burnett came up with an ingenious idea and covered the others using his wife’s old M&S bra.

Mr Burnett, from Easter Ross in the Scottish Highlands, placed the undergarment around the cow to relieve some of the pressure.

His neighbour Donald Ross, who is also a farmer, posted the image on Twitter and joked: “I hope she doesn’t want it back!”

Mr Ross told The Sun Online: "Graham and his wife work with their son on their family farm, farming cattle and malting barley. 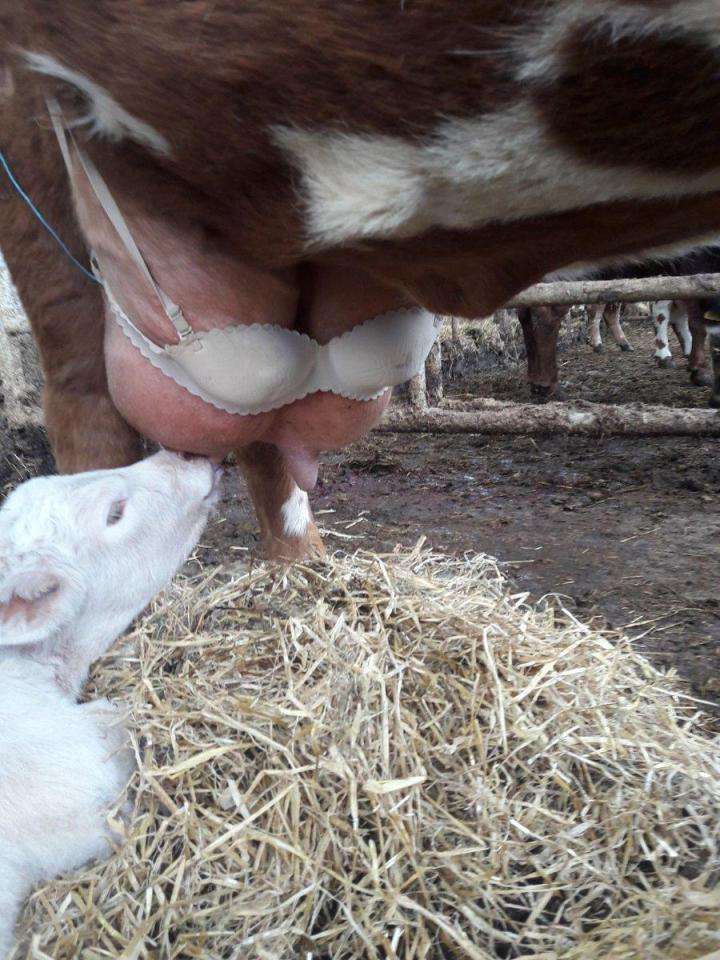 "One of their calves was only eating from the front two quarters of the udder.

"So in order to relieve pressure on the udder, Graham took his wife's old bra and fastened it to the cow to cover the front quarters so the calf would only eat from the rear teats.

"This reduced pressure on the udder and the risk of mastitis and he shared it with a few friends on WhatsApp.

"After a hard winter it raised a smile but also shows the resilience, and how much we as Scottish farmers care for the welfare of our animals."

He added: "They are a team and his wife would have definitely been the one who picked the bra.

The picture has gone viral on Twitter and people have shared their jokes online, with many describing the idea as "genius".

Twitter user @MariHadALilLamb wrote: “I think she could use a bigger cup size?”