The distraught father of a former engineer whose ex-girlfriend doused him in acid, leading him to take his own life via euthanasia, has called for his attacker to be jailed for life.

Mark van Dongen, 29, suffered ‘catastrophic’ injuries when Berlinah Wallace, 48, threw acid all over him while he slept in bed in Bristol, in 2015.

He was left in a coma for four months, suffered extensive burns to his body, was left blind in one eye, paralysed from the neck down and had to have his lower left leg amputated.

He died by euthanasia at a hospital in Belgium in January 2017. 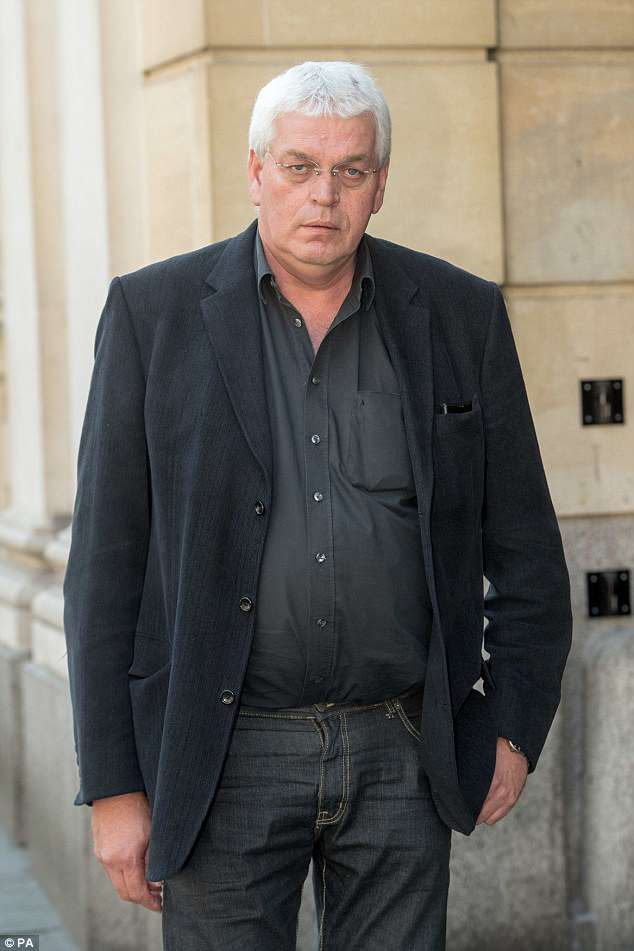 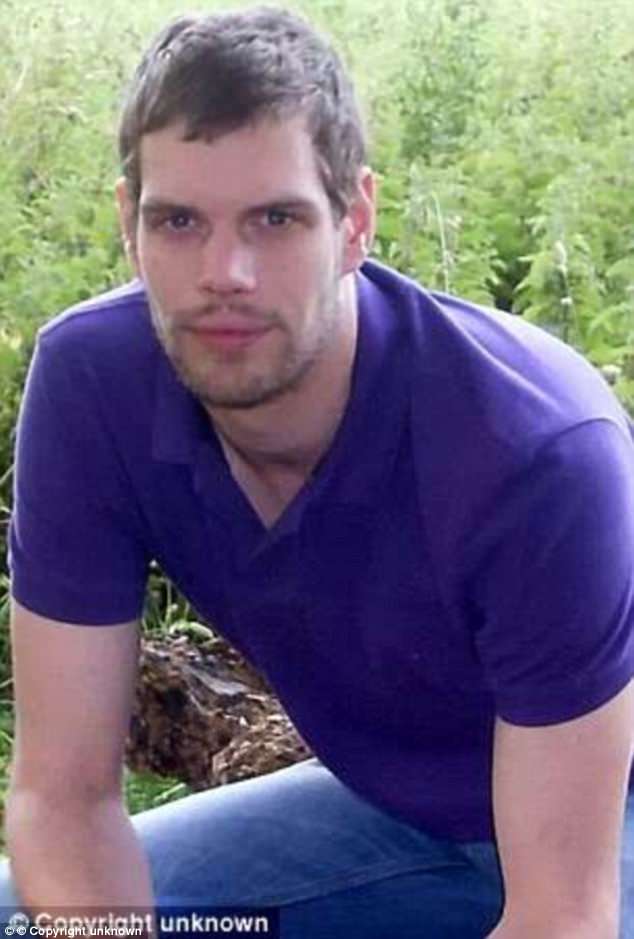 Mark van Dongen was left in excruciating pain and had a leg removed, as well as losing an eye, after he was doused in acid by his former girlfriend

His father, Cornelius van Dongen, told Bristol Crown Court on Tuesday his son was in so much pain, he could not carry on living.

He said: ‘The fact that Mark, a 29-year-old man, a recent graduate, decided to commit euthanasia says something about the condition he was in and the amount of pain he was suffering.

‘He said, ‘Dad, I’m tired of fighting, I’ve suffered so much pain and I can’t take any more. Please let me go’.’

Mr van Dongen described his son as ‘gentle, sensitive, accommodating, too good for this world’.

He also called for the woman he once treated as family to be jailed for life.

The furious father who is ‘financially wiped out’ said he wants his attacker to be handed the maximum sentence.

He said: ‘Berlinah was always treated as our own daughter. Rita and I often went to visit Mark and Berlinah.

‘We spent a New Years’ Eve in Bristol and they spent one Christmas with us in Belgium. I treated her as my own child and I trusted her.

‘Berlinah was sometimes frustrated because I used to speak Dutch to Mark and it made her suspicious because she thought we were talking about her, which was not the case.

‘I had the impression that Mark was more in love with her than vice versa. He asked me for financial help at one point. 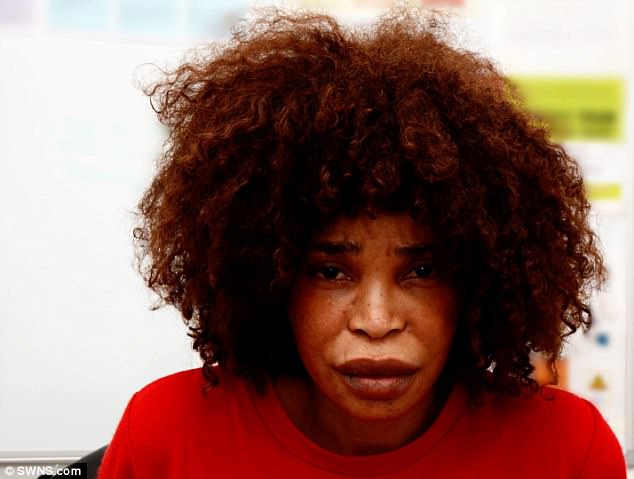 ‘I told Berlinah that I felt that she should pull her weight by looking for a part time job of her own for 10 hours per week.

‘She took it so badly that she became furious and it led to an argument with Mark.

‘After the attack, I knew that Berlinah had been arrested. Mark confirmed it when he was able to communicate it with me.

‘I hope that justice will prevail and that she will be locked up for the rest of her life because she is a danger to society.

‘I feel like a broken man, completely drained, and the old Kees no longer exists. Mark and I lost our battle.’

Wallace was acquitted of murder but convicted, after a four-week trial at Bristol Crown Court, of throwing a corrosive substance with intent.

She bought a bottle of 98% concentration sulphuric acid and viewed 82 websites about it – including post-mortem images – after Mr van Dongen left her for another woman. 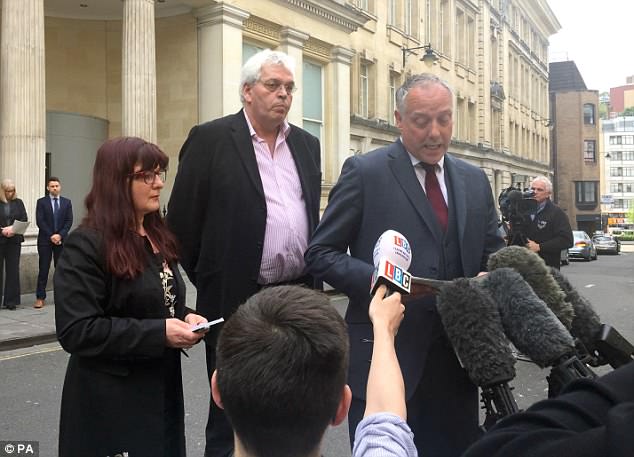 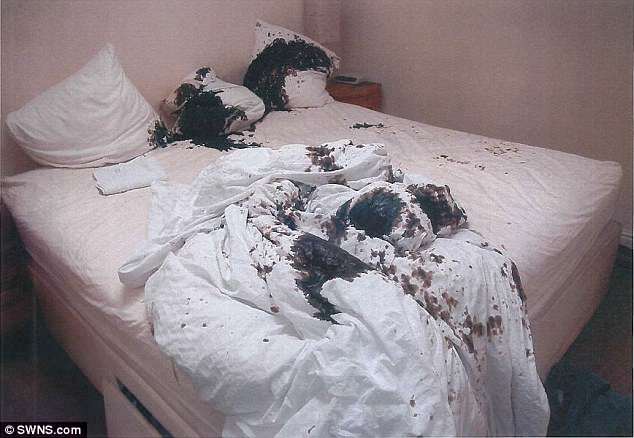 The scene where Mark Van Dongen was found after an acid attack. Mark was sleeping when his ex attacked him in his bed 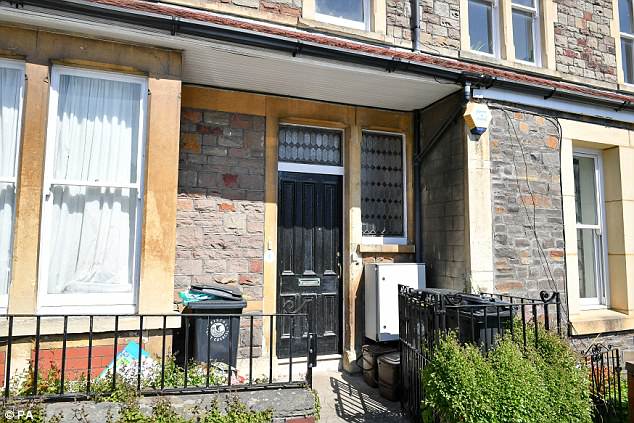 Wallace threw the liquid over the engineer as he slept in bed at her flat in Westbury Park, Bristol, at 3am on September 23, 2015, and laughed as she told him: ‘If I can’t have you, no-one else can.’

Mr Van Dogen revealed how he had to listen to his son’s ‘horrendous screams’ in court as the 999 call was played.

He also spoke of how it took authorities ten days to track him down to tell him of his son’s condition.

Mr Van Dogen spent ‘days’ rubbing his son down because of the excruciating itching and pain. The young engineer also remembered having his leg amputated saying he felt he was being sliced ‘like a loaf of bread’.

After moving to Belgium and being placed on a palliative care ward, Mark made the decision to take his own life, because he was ‘tired of fighting’.