Inside the house of hell where father, 27, killed his three-month-old son by shaking and immersing him in water

Shocking photographs show the inside of a flat where a three-month-old baby died  after he was shaken and immersed him in water by his father.

Alistair Walker, 27, and Hannah Henry, 22, were jointly accused of causing or allowing the death of their three-month-old son Ah’Kiell Walker.

Ah’Kiell was cold and so wet that paramedics had to tip water out of his mouth when they arrived at the family home in Gloucester on July 30, 2016.

A CT scan taken after baby Ah’Kiell was rushed to hospital showed bleeding within his eyes ‘consistent with shaking a baby’. 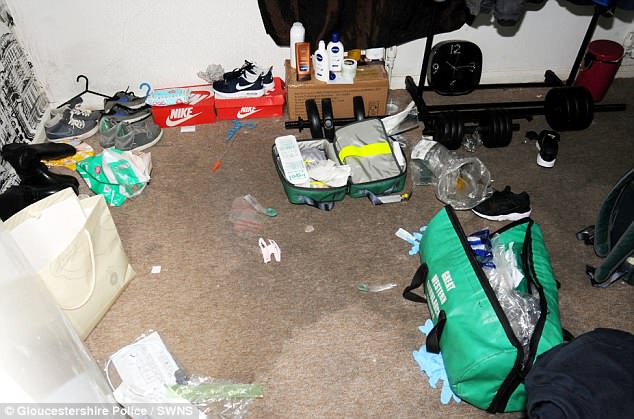 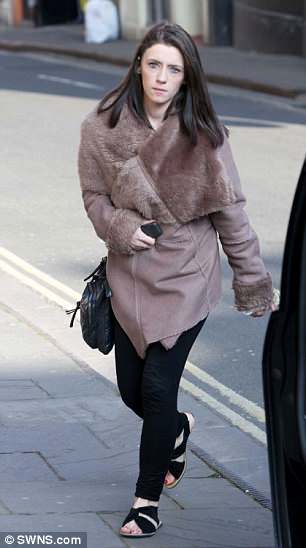 During a court hearing today, Walker was convicted of manslaughter and child cruelty following a five-week trial.

His partner Henry, 22, was acquitted of manslaughter but found guilty of causing or allowing the death of a child and child cruelty.

A post-mortem found Ah’Kiell had suffered a fatal brain injury but his parents had also inflicted four broken ribs and a fractured shoulder on him weeks before.

Walker and Henry denied harming their baby and claimed they had found him unresponsive at their home before calling 999.

A 999 call was played to the court, and Henry could be heard sobbing to the operator as she described how her son was coughing up blood. 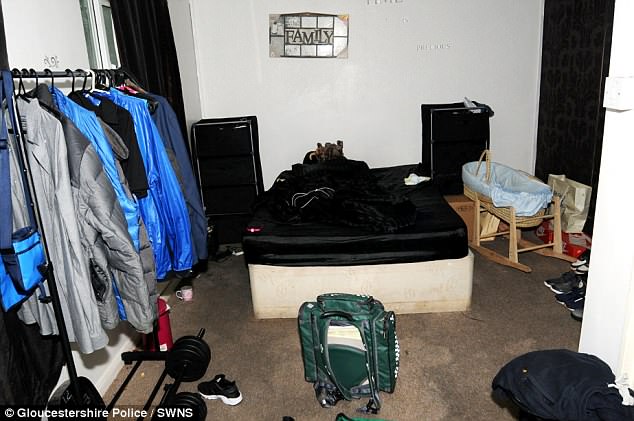 Dumbbells and exercise equipment was scattered around the room where the couple slept, beneath a wall plaque reading ‘Family’ Shocking images show the inside of the flat where Ah’Kiell Walker died – surrounded by his father’s flashy trainers, coats and exercise equipment

When he was rushed to hospital, Ah’Kiell’s temperature was not recordable, and there was an 18-minute period where his heart rate stopped entirely.

The next day he was declared brain dead and the decision was made to remove his breathing tube. He died shortly after.

The baby’s death was caused by a lack of oxygen to his brain through Walker shaking him and submerging him in water, potentially in the couple’s bath.

Water may also have been poured down Ah’Kiell’s throat through bottles that Walker had altered to increase the flow.

But during cross-examination, Walker claimed: ‘It was the paramedic that caused the brain injury. He was breathing when this paramedic came.’

Police found that Walker had searched for ‘shaken baby syndrome’, ‘can I squeeze my baby’, ‘internal bleeding due to trauma’ and ‘baby broken ribs’ on his phone in June and July. 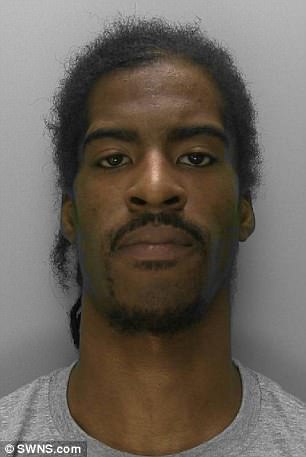 Alistair Walker, 27, and Hannah Henry, 22, were jointly accused of causing or allowing the death of their three-month-old son Ah’Kiell 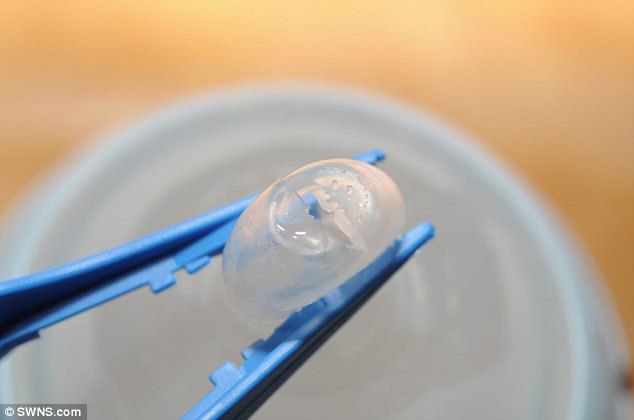 The teat of baby Ah’Kiell Walker’s bottle had a cut, which would have increased the flow of water into his mouth

Neither parent sought medical attention for Ah’Kiell until Henry dialled 999 on the morning of July 30.

‘The medical picture is of a baby who had been significantly injured during his short life before the event that caused his death,’ Andrew Langdon QC, prosecuting, said.

‘It is inconceivable that one parent was responsible without the other one knowing.’

Walker was ‘obsessed’ that Ah’Kiell had constipation and would force feed him water to resolve this, Mr Langdon said.

Henry told friends she wanted to end her relationship with Walker by the time Ah’Kiell was nine or 10 weeks old.

In a text message to her mother, she wrote: ‘He’s so horrible to Ah’Kiell’, adding that he ‘couldn’t handle Ah’Kiell crying’.

Neighbours told the court they heard ‘terrible screaming’ coming from the family home on July 24, 28 and 29.

Walker and Henry, who remained emotionless as the unanimous verdicts were returned, were remanded in custody. 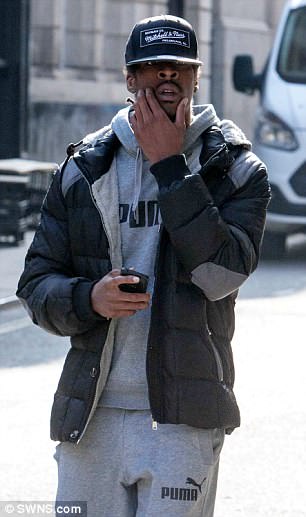 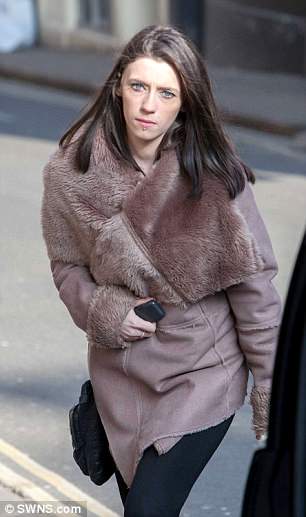 Walker and Henry, who remained emotionless as the unanimous verdicts were returned, were remanded in custody for sentencing