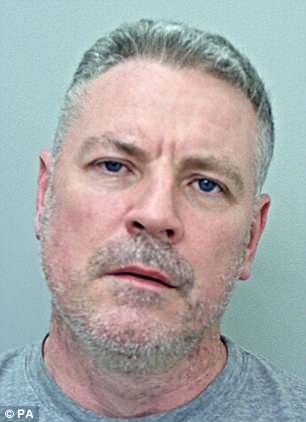 Matthew Moseley, shot dead Lee Holt before he handed the firearm to son Thomas. Moseley was convicted of murder today

A ‘wicked’ father faces life in jail for a shotgun murder that he tried to get away with by pinning the blame on his 14-year-old son.

Matthew Moseley, 50, blasted rival Lee Holt, 32, in the chest at point blank range, before calmly handing the weapon to his son, Thomas, with the words: ‘Tell them you done it’.

He later put ’emotional pressure’ on the teenager to carry on with the lie and to claim he had opened fire in self-defence.

A jury at Preston Crown Court today took just over three hours to convict him of murder.

Moseley showed no emotion as the verdict was announced, but his hands were clasped in front of him as he stood in the glass-panelled dock. He will be sentenced to life next week.

The court heard that Thomas initially accepted responsibility for the killing in Oswaldtwistle, Lancashire ‘out of loyalty and love for his father’.

But he eventually cracked after being quizzed by detectives and treated as the prime suspect.

Detectives realised the boy was telling the truth after covertly recording father and son as they were taken to a court hearing in the back of a police van.

Moseley, a self-employed joiner and lifelong gun enthusiast, was heard whispering: ‘Self-defence for you, and you didn’t know what you were doing. Me, different ball game.

‘I need to get out to protect your mum and the little ones.’

A tearful Thomas reacted by telling his father he wanted to go home. ‘Dad, please, just tell them so I can go home,’ he said. 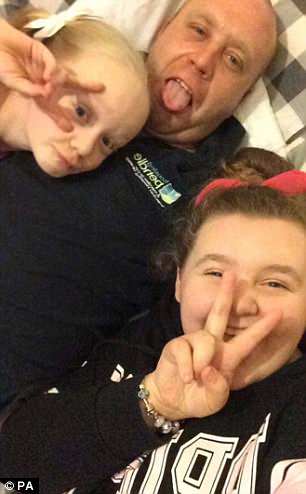 Moseley sat motionless in the court’s dock as his son was seen weeping when he was interviewed as a witness.

He told police: ‘He’s my dad, I love him to bits… He’s always been there for me.’

But then he added: ‘You’d think he’d take responsibility for his own actions. He didn’t. No normal kid has ever had to do something like this.’

The court heard that an ongoing dispute between Thomas and another teenager, Wesley Metcalf, 16, escalated following an exchange of texts on the day of the murder, October 25 last year.

Mr Holt was the partner of Wesley’s mother, Kate Phelan and told Thomas: ‘I’m going to leather your dad.’

He messaged him saying: ‘Let your dad to my house, hard man. We’ve waited long enough… Both of you up here now. Put up or shut up.’

When the rivals clashed outside the Moseleys’ home, Mr Holt was struck by a single bullet from Moseley’s 12 gauge Beretta shotgun. 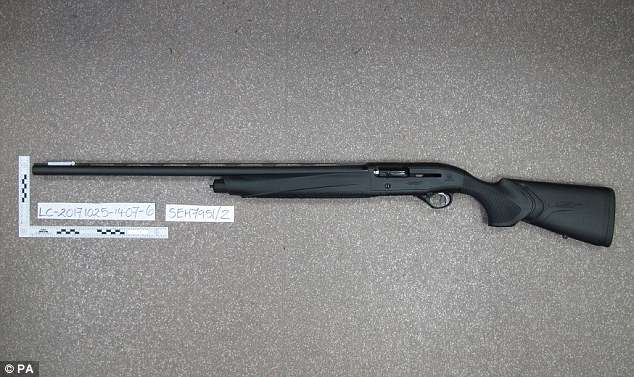 The killer immediately passed the weapon to his son and moments later called his brother, telling him: ‘Tom has shot someone, you’d better get here quickly.’

Following his conviction today, Mr Holt’s mother, Marilyn Holt, said in a statement: ‘Lee was my son and I loved him dearly.

‘Nobody should lose one of their children. But they certainly shouldn’t be lost in these circumstances, gunned down on a doorstep in a quiet residential street.

‘I’m not sure how the family will ever recover from this. Instead of having Lee the son, Lee the father and Lee the brother, we now only have our memories.

‘He will never walk his daughters down the aisle. He will never meet his own grandchildren. Lee deserved so much more.’