The top doctor at the US Food and Drug Administration (FDA) has apologised for overstating the benefits of plasma for treating Covid-19 patients.

FDA Commissioner Stephen Hahn came under fire after his agency on Sunday gave emergency authorisation to use convalescent plasma on Covid patients.

Scientists quickly questioned the data provided by Mr Hahn, who suggested plasma could reduce deaths by 35%.

This claim exaggerated preliminary findings from a clinic at the Mayo Clinic.

But Mr Hahn maintained that the decision to authorise the treatment for emergency use was made by FDA career scientists, “based upon sound science and data”.

Mr Hahn’s remarks come as he fields criticism for appearing to play politics, backing the Trump administration amid its push for a breakthrough treatment of Covid-19 in the run-up to the presidential election on 3 November.

Announcing the emergency use of blood plasma, Mr Trump heralded the “historic” step, saying the treatment would save “countless” lives.

The announcement came a day after Mr Trump accused the FDA of impeding the rollout of vaccines and therapeutics for political reasons.

More than 177,000 people have died from coronavirus since the start of the outbreak in the US, according to a tally by Johns Hopkins University. Nearly 5.8 million cases have also been confirmed nationwide. The country has had more confirmed cases and deaths than anywhere else in the world.

The FDA had already approved the use of plasma transfusions on coronavirus patients under certain conditions.

It has now given the treatment “emergency use authorisation”, rather than full approval, saying that early research suggests blood plasma can decrease mortality and improve patient health if it is administered within the first three days of admittance to hospital. However, more trials are needed to prove its effectiveness. 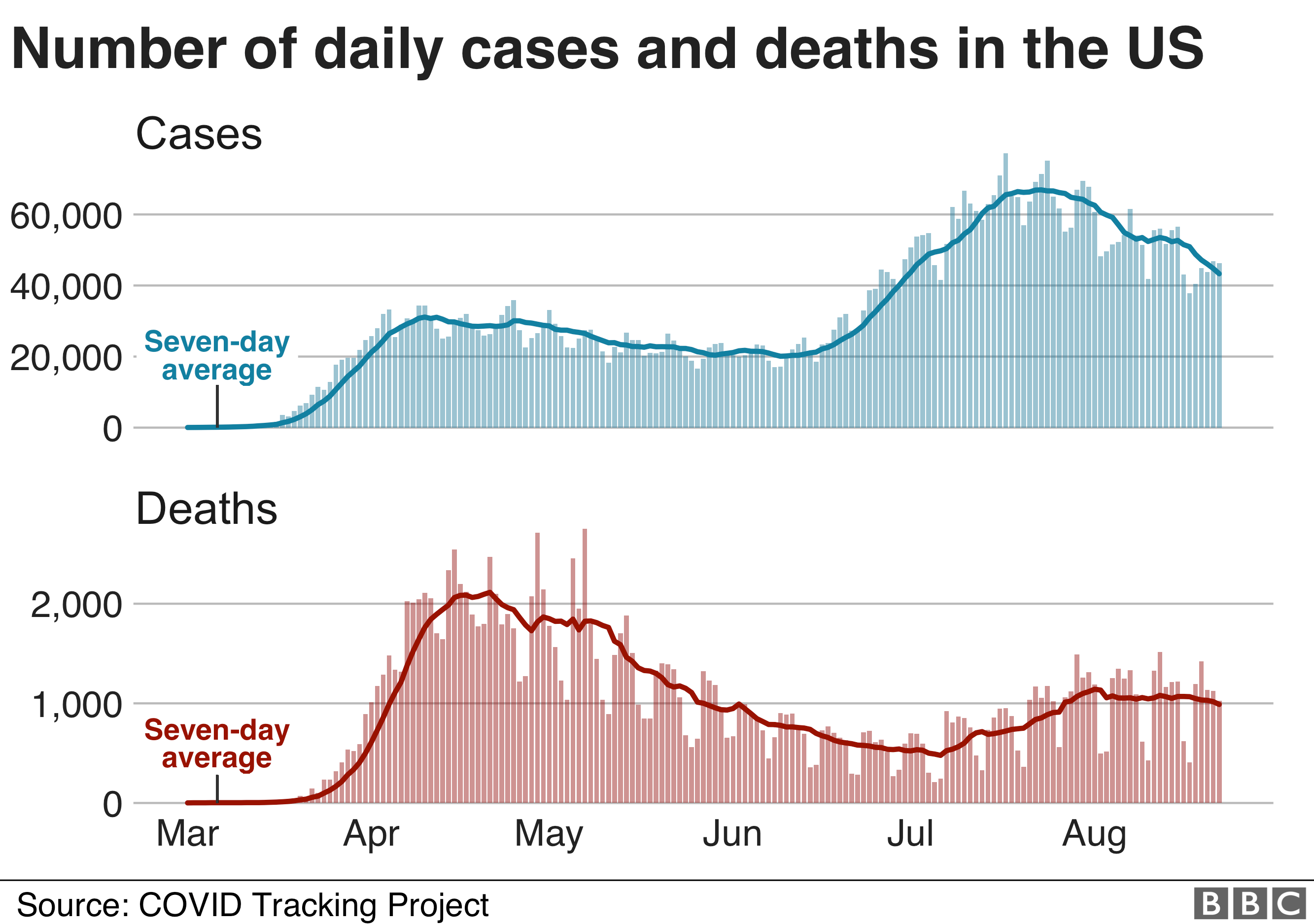 The agency said it had concluded it was safe after reviewing the results of 20,000 patients who had received the treatment so far.

The FDA said people under the age of 80 who were not on a respirator and received plasma containing high levels of antibodies had a 35% better survival rate a month after the treatment than those who had received plasma with a low level of antibodies. But the agency did not include a comparison group of untreated patients, meaning no conclusions can be drawn about absolute survival rates.

Several experts, including Dr Anthony Fauci, a member of the White House’s coronavirus task force, have expressed reservations about the robustness of studies so far. And speaking to the New York Times on Monday, one of the Mayo Clinic study’s main authors, Dr Arturo Casadevall, said he did not know where the 35% figure had come from.

Many countries are using plasma as a coronavirus therapy, but it’s not yet clear how effective the treatment is.

The decision by the US FDA to grant emergency use is a balance of risks. It says, based on the evidence so far, convalescent plasma may lessen the severity or shorten the length of Covid-19 illness.

Certainly, sick coronavirus patients whose own immune systems are struggling to fight off the pandemic virus might get protection from a transfusion of antibody-rich plasma from someone who has successfully recovered from Covid-19.

Convalescent plasma has been used to successfully treat other diseases, including Ebola.

It is generally well-tolerated, but unwanted effects can occur, including harmful allergic reactions.

A recent UK analysis said it remained “very uncertain” whether plasma was beneficial for people admitted to hospital with Covid-19.

Trials are ongoing to understand precisely which patients might benefit and by how much.

They added that the risks and side effects associated with it, ranging from mild to severe, must be considered.

The WHO has previously said that “Covid-19 convalescent plasma can be made available on an experimental basis through local production provided that ethical and safety criteria are met for its preparation and use”.

What’s the latest on vaccines?

In a tweet on Saturday, President Trump said “the deep state, or whoever, at the FDA is making it very difficult for drug companies to get people in order to test the vaccines and therapeutics.

“Obviously, they are hoping to delay the answer until after [the US presidential election],” he added.

Earlier this year, US regulators gave emergency authorisation to Gilead Science Inc’s remdesivir as a therapeutic treatment for coronavirus.

Meanwhile, a report by the Financial Times suggests the White House is considering granting emergency authorisation for a vaccine being developed by Oxford University and pharmaceutical giant AstraZeneca, ahead of the US presidential election on 3 November.

The White House has not commented on the story, but a spokesperson for AstraZeneca told Reuters that efficacy results for its trials were not expected until later this year.