Fears are growing for a teenager who has been missing for three days after police revealed her disappearance was ‘completely out of character’.

Viktoria Takacs, 15, was last seen by a family member on Monday morning but failed to return home in Evington, Leicestershire later that night.

She was spotted at around 1pm in Laxford Close and in the afternoon she was seen in Malham Close, but there have been no further sightings for two days.

Leicestershire Police said it was growing increasingly concerned for the teenager’s welfare as it issued a second appeal for information from the public. 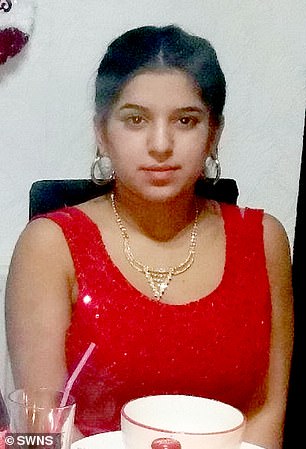 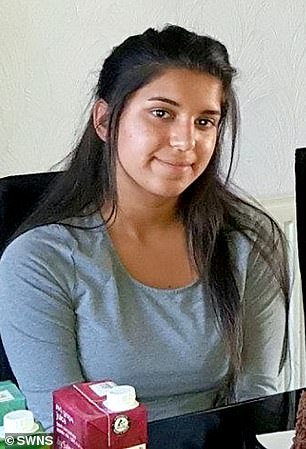 Viktoria Takacs (pictured) was last seen by a family member on Monday morning but failed to return home in Evington, Leicestershire later that night

Detective Constable Jessica Rippington said: ‘Officers along with Viktoria’s family are asking for the public to help us find her.

‘Following our appeal yesterday we received calls from members of the public reporting having seen Viktoria and those reports have led to a number of new lines of enquiry which we are looking into.

‘We are continuing to carry out checks at addresses of friends and associates and looking at local CCTV footage as we try to work out where she went.’

PC James Boyall-Love added that the disappearance was ‘completely out of character for Viktoria’, who has never gone missing from home before.

Viktoria is described as 5ft tall, with a medium build, brown eyes and long brown hair. She wears fixed braces.

When last seen she was wearing a grey and black Bench jacket with a brown fur-edged hood.

Underneath she had on a black blazer, a white shirt, a black, red and white striped tie and black trousers. She was carrying a black Versace-style handbag.

Anyone with information is asked to contact 101 and quote incident 652.