The heroic pooch was photographed lying on an operating table in South Africa with a knife plunged deep into his skull. 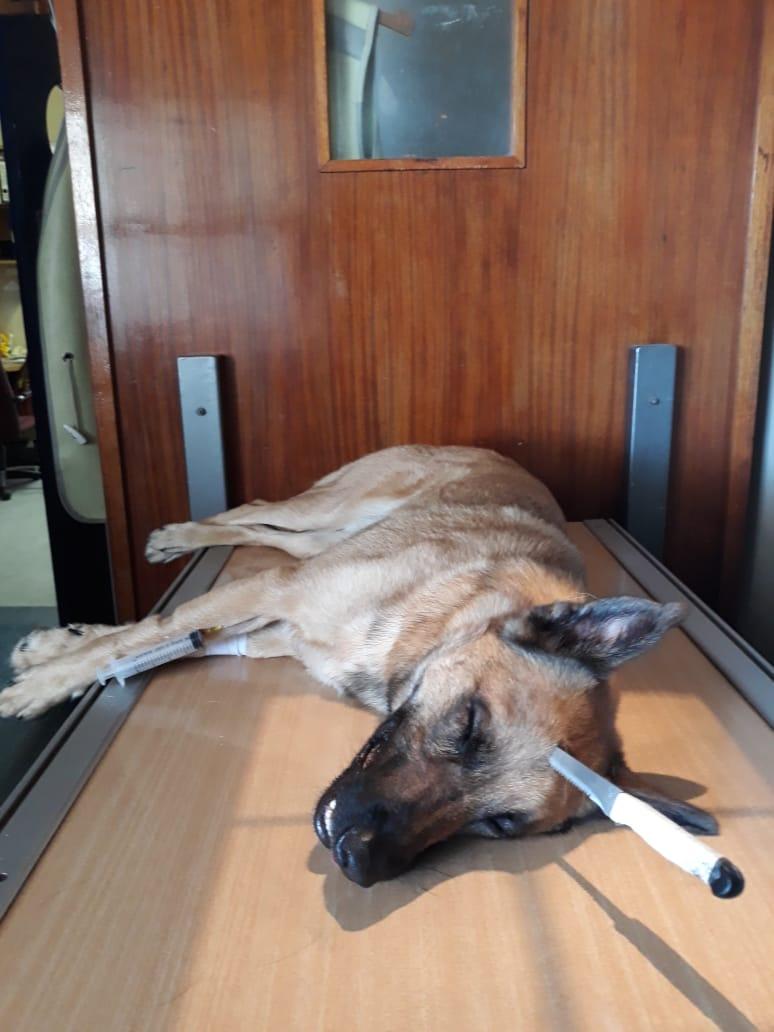 Surgeons said the blade had twisted, missing the brain by a few millimetres, and proving just how close the animal came to death.

Owner Gino Wensel, 40, was exercising his faithful Duke in cape Town when suddenly he became aware of a man coming towards him with a knife in his hand.

Duke did not hesitate, but bared his fangs and growled at the intruder.

Spooked the robber plunged the steak knife into the brave animal.

The fearless dog scared off the attacker before collapsing in a heap with blood pouring from the head wound.

Wensel said he thought the animal was dead, but when he saw the dog was still breathing he called a friend who drove them to the Animal Welfare Society of South Africa.

Society spokesman Allan Perrins said: “Duke had suffered a very high impact blow that I have no doubt was intended to kill him and was in a critical condition and was close to death.

“He was slipping in and out of consciousness and he was immediately sedated and given pain relief while we carried out an X-ray as we feared the blade was in Duke’s brain.

“The X-ray showed however that the blade had gone in three inches but had bent on entry away from the brain missing it by millimetres and turned towards his right eye socket.

A fraction harder and Duke would have died but vet Dr Zheneta Stoynova extricated the blade safely.

Perrins said: “Incredibly Duke has recovered overnight and his owner came back for him today and the fuss they made over each other gives all of us the reward we need for what we do here." 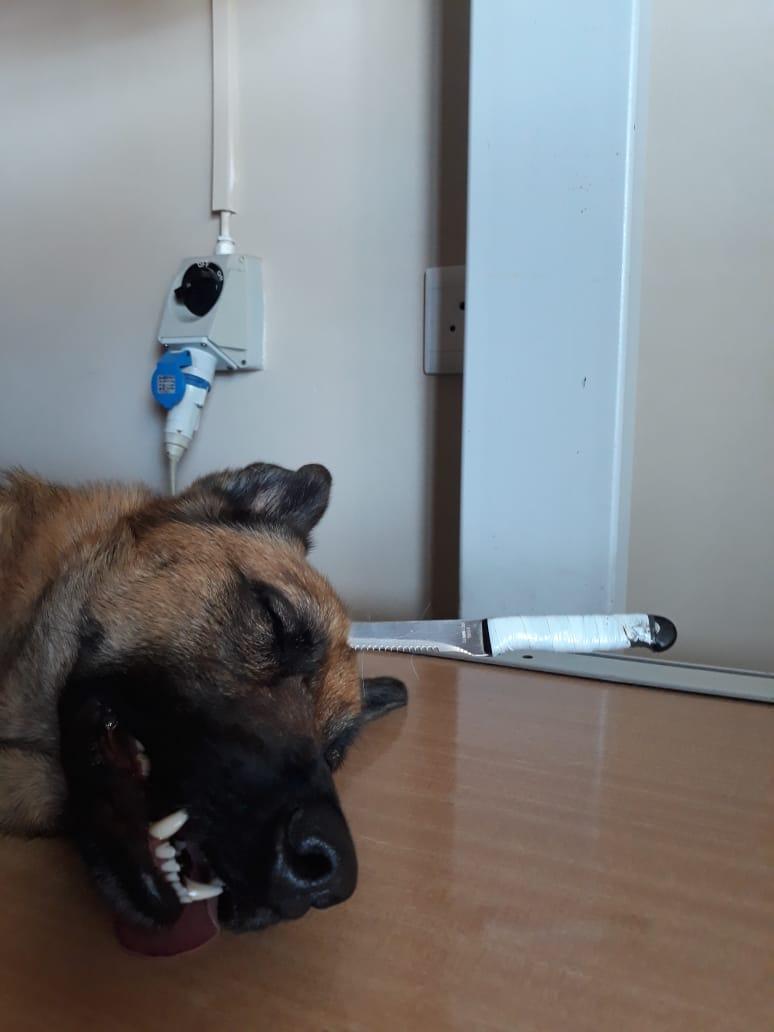 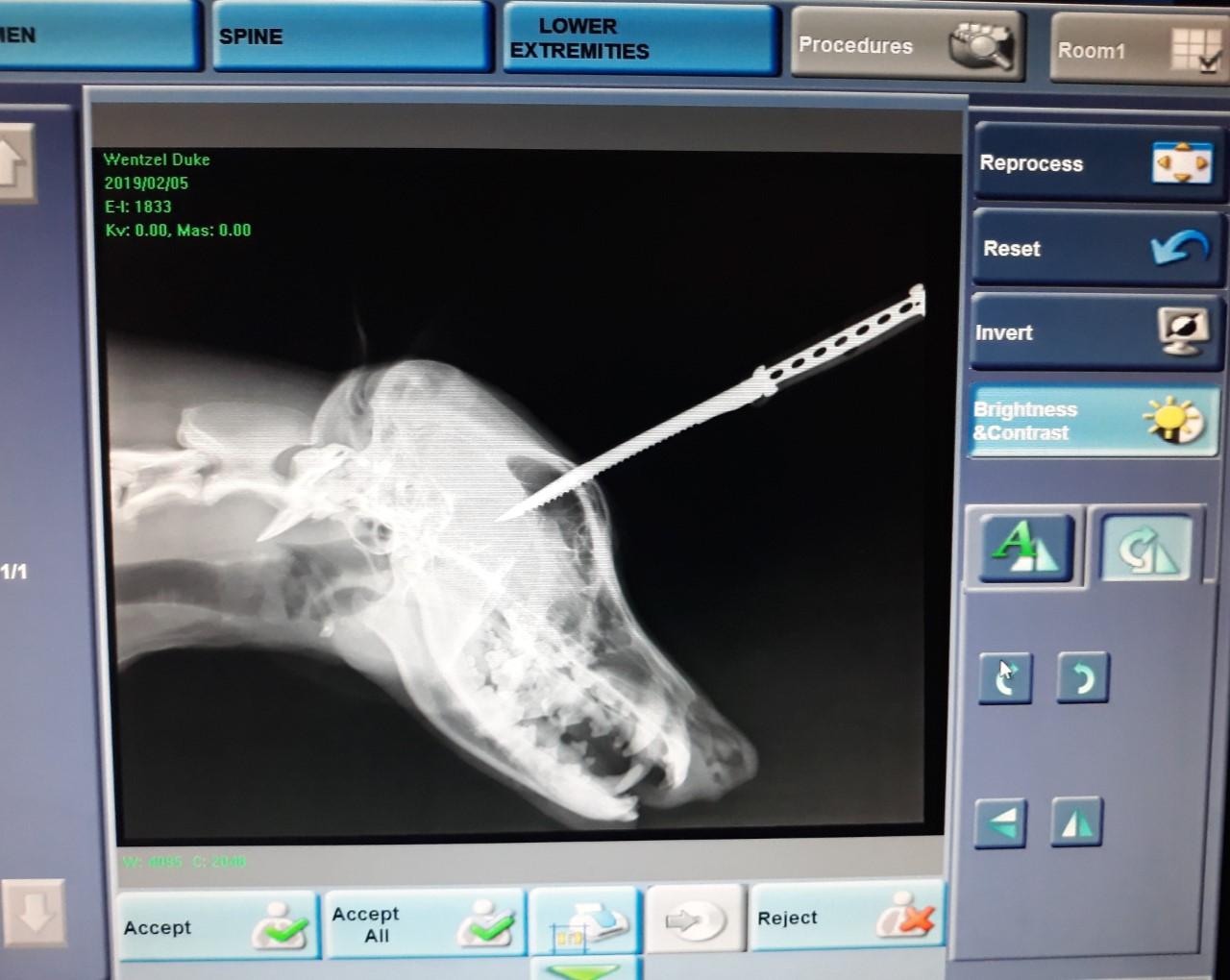 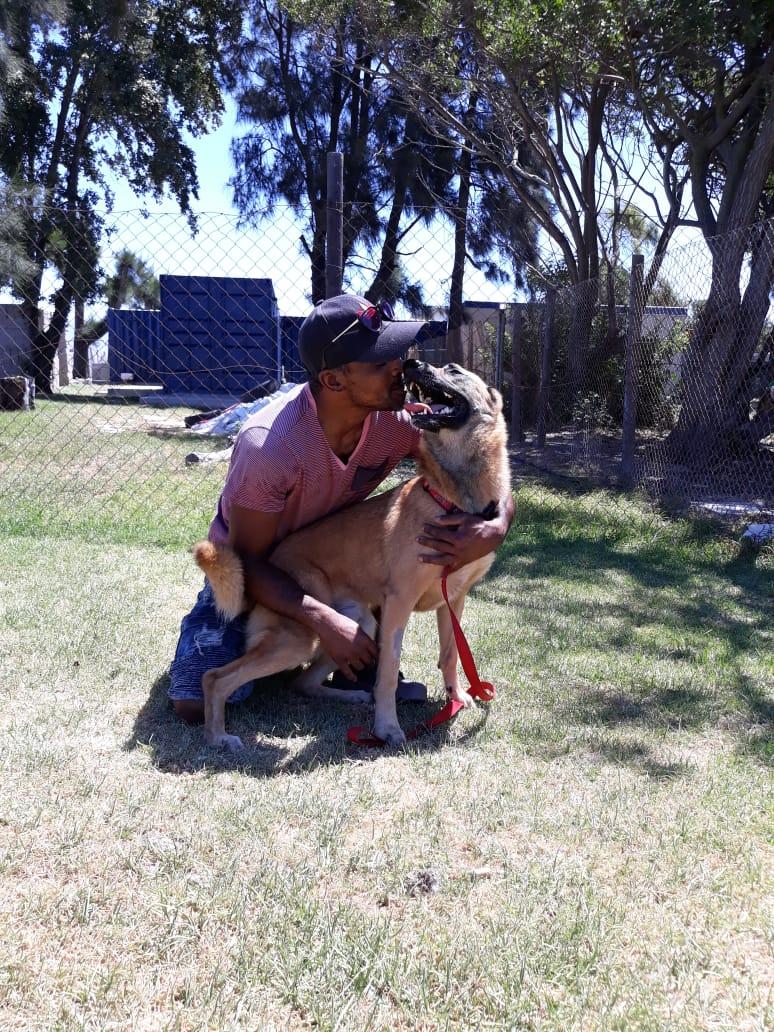 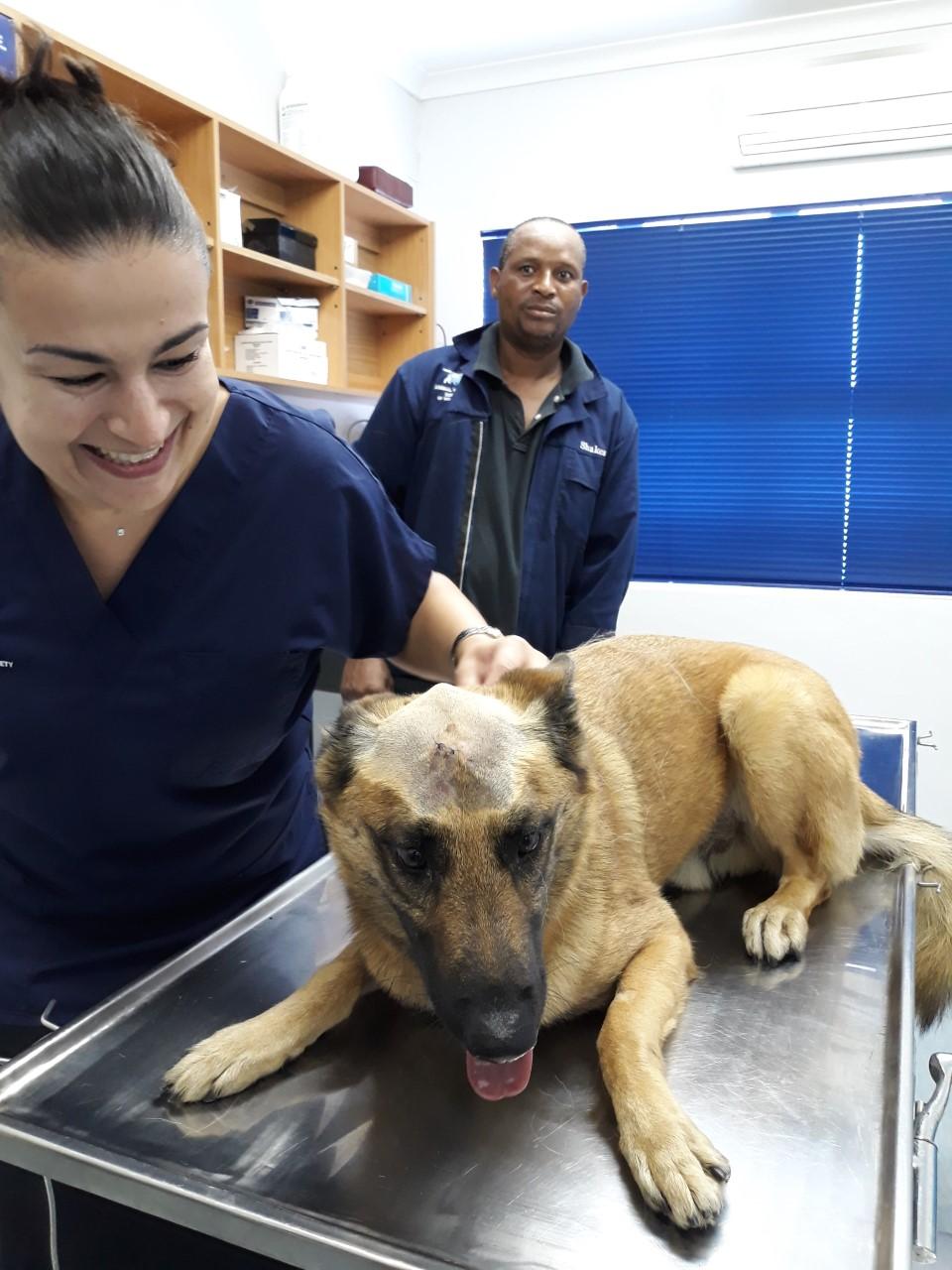 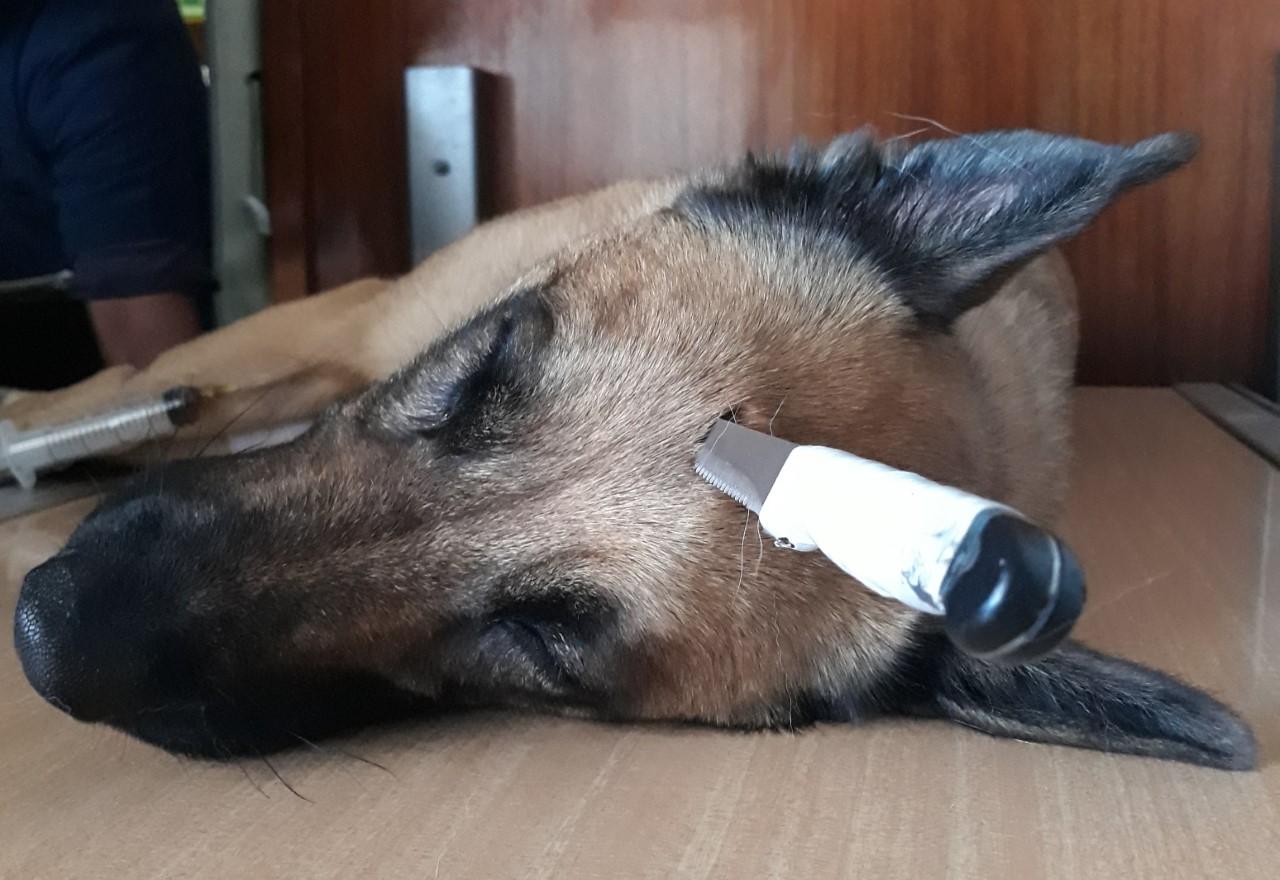 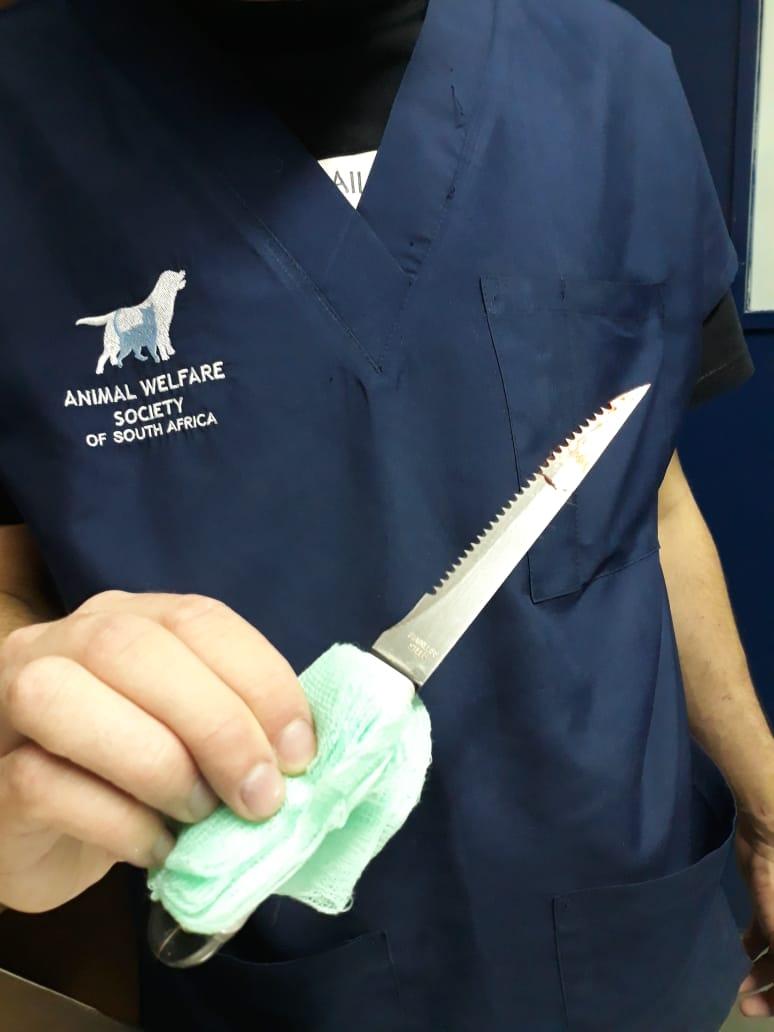