More than 4,000 people are evacuated from San Francisco Bay after a fire in an underground gas storage area prompted fears of a huge explosion

A fire that ignited in an underground natural gas storage area in the San Francisco Bay Area has prompted the evacuation of thousands of residents.

Chevron emergency crews worked tirelessly on Thursday to purge gas from a pipeline in Bay Point, California and prevent an explosion, after a brush fire appeared to spread to the vault overnight.

An evacuation order affecting 4,000 was issued late Wednesday for about 1,400 homes near the pipeline after the fire broke out, with the order still in effect at midday on Thursday.

Workers spent the night purging natural gas from the pipeline and were injecting nitrogen ‘which will extinguish the fire’ burning in the underground vault, Chevron spokesman Cary Wages told reporters. 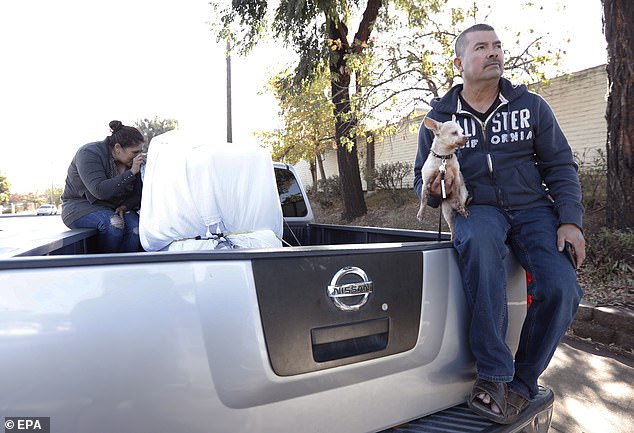 Homeowners Wendy and Tony Raymond, who holds his dog Yoko, wait to be allowed back in to their home after they were evacuated due to a threat of explosion of a Chevron gas line 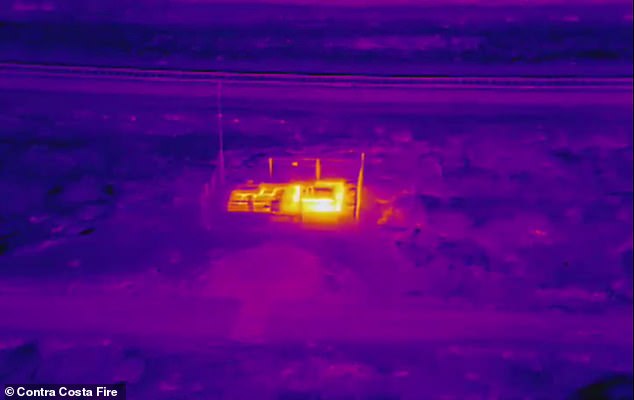 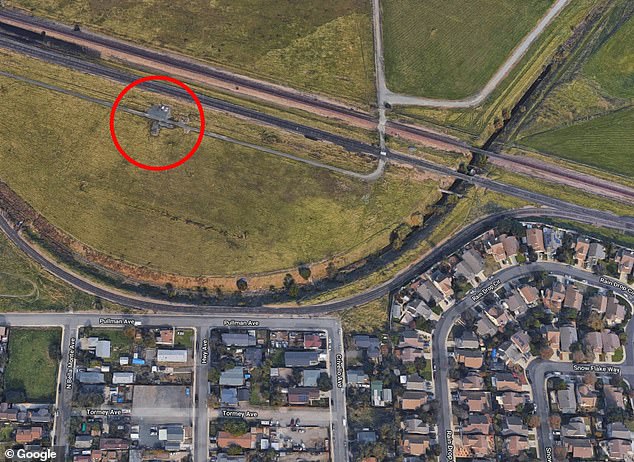 The location of the pipeline junction is circled in red. A fire broke out in the underground vault, after fire crews extinguished a nearby brush fire on Wednesday night

The underground fire began inside a Chevron natural gas pipeline vault, where workers access pipeline valves, about an hour after a fire crew had been called to the area and extinguished a nearby grass fire, said Terence Carey, an assistant fire chief for the Contra Costa County Fire Protection District.

It was not clear if the grass fire caused the fire inside the pipeline vault.

Chevron officials did not respond to repeated questions sent by email asking for details on gas disruptions to the area and how many people would be affected.

Carey said officials realized very quickly Wednesday night ‘that there was a high probability of danger’ and issued an evacuation order for homes within a half-mile of the pipeline.

Officials went door-to-door to tell people to leave their homes in the suburban area about 40 miles east of San Francisco. 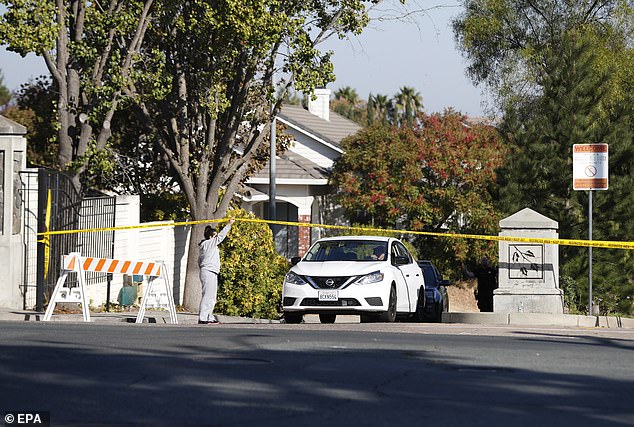 A woman lifts the yellow tape across one of the streets that has been closed because of evacuations, as residents drive out to a safe distance while the fire is extinguished 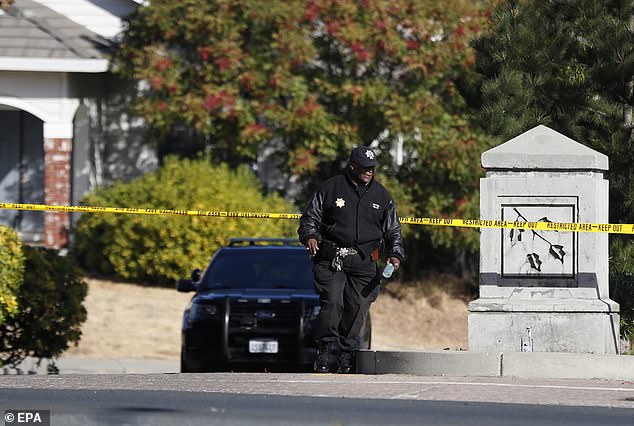 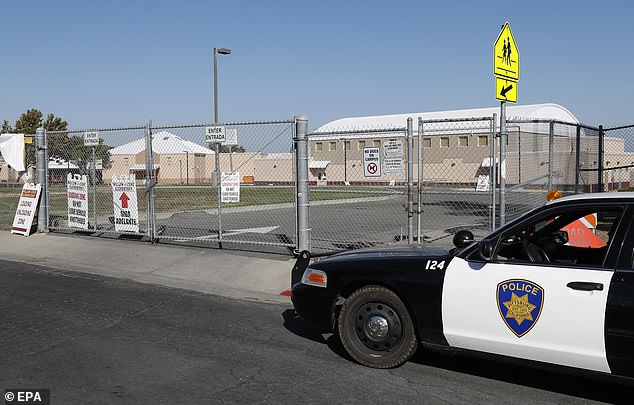 Some evacuations began as early as 10:30pm on Wednesday and continued through the night as fears of an explosion grew.

Many people slept in their parked cars at a light rail station where the Red Cross set up a station distributing food, coffee and blankets, while others parked and slept in outdoor parking lots, KTVU reported.

Officials said they would not lift the evacuation order until the underground fire was extinguished and it was safe for fire officials to examine the area.

The utility was subsequently convicted by a federal court for violating pipeline safety regulations and fined $1.6 billion.