Britain’s most senior female bishop said the church should avoid referring to God only as ‘he’ after a survey found young Christians assume God is male.

Research by YouGov found that almost half of 18 to 24-year-old Christians believed God to be male, with one in three over-65s believing the same.

The Bishop of Gloucester, the Rt Rev Rachel Treweek, the Church’s first female diocesan bishop, told The Telegraph: ‘I don’t want young girls or young boys to hear us constantly refer to God as he,’ adding that it was important to be ‘mindful of our language’.

It is not the first time Rt Rev Rachel Treweek has made these claims having said: ‘God is not to be seen as male. God is god,’ in the past. 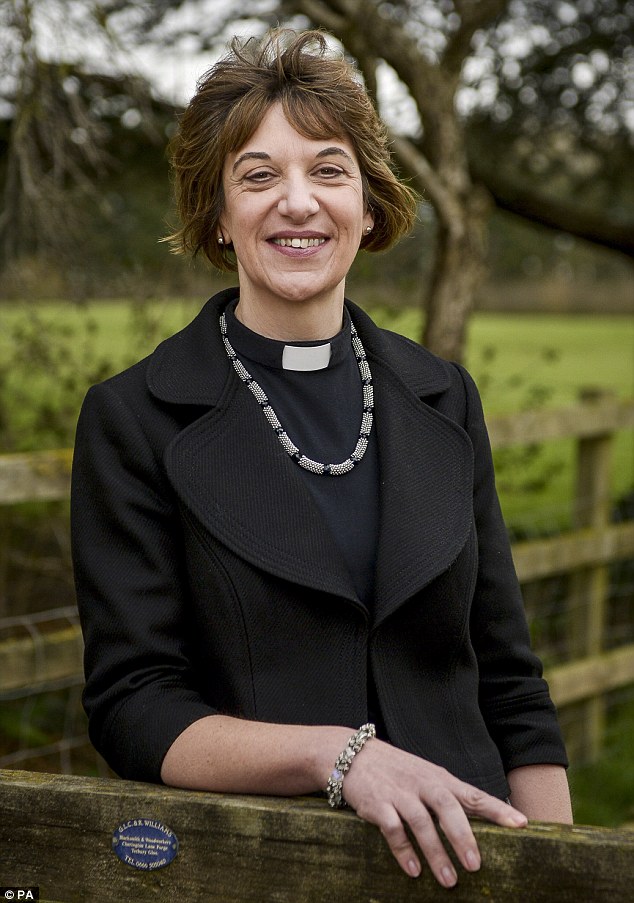 Rachel Treweek pictured at the Royal Agricultural University in Cirencester, England in 2015

In 2015 Rev Treweek refused the title of ‘right reverend father’. She has now claimed that non-Christians could feel a sense of alienation from the church if the image of God is painted as solely male, and public announcements are made in only male language to describe God.

‘I am very hot about saying can we always look at what we are communicating.’

She added that when she leads prayers and preaching sessions she avoids the problem of the male language by also using female imagery.

She said she doesn’t avoid male language all together but tries to avoid the need to say ‘his’ or ‘him’ too often.

Revd Sally Hitchener, Anglican chaplain at Brunel University said there was a movement across the national church with events organised to ’emphasise the feminine nature of God’. 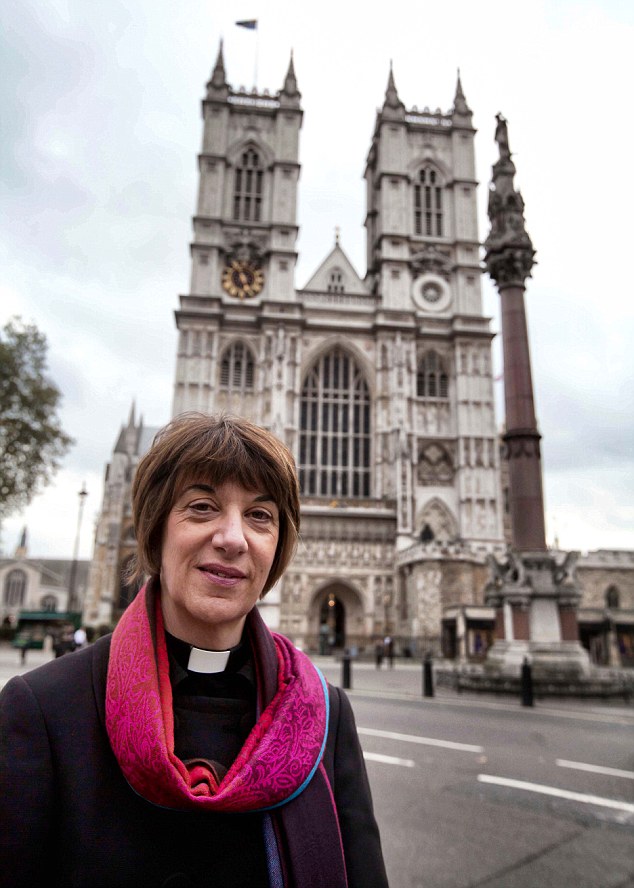 Rachel Treweek, Anglican priest at Westminster Abbey, she tries not to gender her preaching

She added that it is ‘heretical’ to say God is only male.

Theologian and member of the Archbishops’ Council the Revd Dr Ian Paul told The Telegraph he believed the shocking  figures are partly rooted in a culture where ‘sex identity is ever present’.

‘I think it makes it increasingly hard for young people to think of personal being without thinking of sex identity—and so if God is the ultimate ‘person’ then God must be sexed – i.e. male or female,’ he said.

Treweek, who is one of just six female bishops in the Church of England, said she chooses not say ‘he’ or ‘she’, but instead uses ‘God’, although she admitted she does occasionally forget. 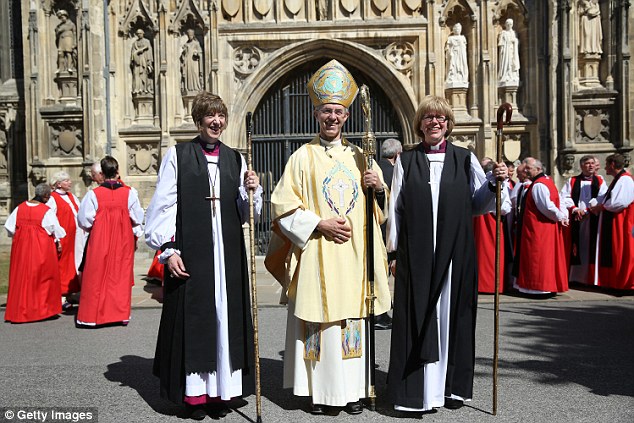 She is to was the first female bishop to sit in the House of Lords in 2015 when she became one of the 26 Lords Spiritual.

The bishop told the Guardian in 2015: ‘In the creation narratives, we’re told that God created human beings in God’s likeness, and then it goes on to talk about male and female. If I am made in the image of God, then God is not to be seen as male. God is God.’

She acknowledged that some believe God should be referred to solely as a woman, and said may be seen as ‘threatening’ by some Anglicans, but added: ‘I am not in the business of wanting to offend anyone, but I do want to gently challenge people.’