Female ‘tag-team’ beat ex-boyfriend in pub after spotting him with another woman: Boxer who wrestled ex-lover to the floor and her friend who rained down punches are both fined £120

A former boxer wrestled her ex-boyfriend to the floor during a ‘tag-team-style’ beating in a busy pub after she and her best friend caught him with another woman.

Anna Hambleton, 35, used her old skills in the ring as a White Collar Fighter to take James Kelly to the ground – whilst her friend Louise Brown, 53, rained down punches onto the back of his head.

During the assault in front of regulars at the Golden Hind pub in Offerton, Stockport, Greater Manchester, Mr Kelly who had been having a quiet drink with an unnamed female friend was also poked in the face and kicked in the back as he was accosted by the two women.

Police inquiries revealed Hambleton and Mr Kelly, 40, who were once neighbours, had been locked in a bitter feud following the break up of their romance. 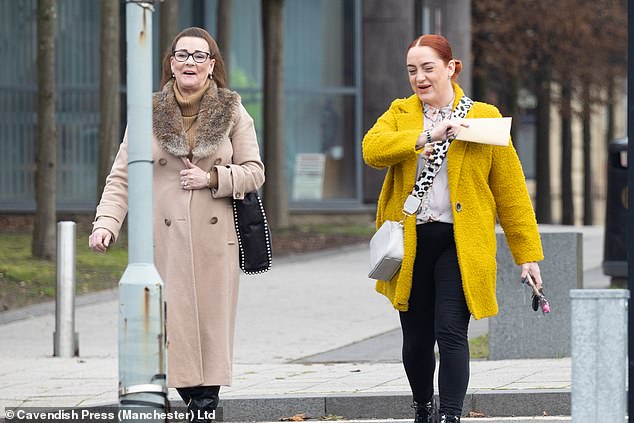 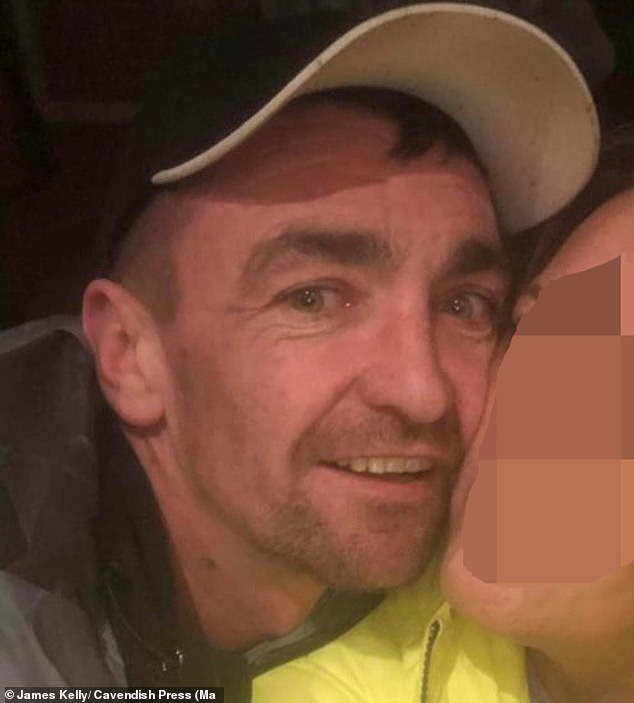 James Kelly was assaulted in front of regulars at the Golden Hind pub in Offerton, Stockport

It was claimed in the weeks before the beating, Mr Kelly had thrown paint stripper and eggs at Hambleton’s car and smashed windows at her home.

She and Brown had been drinking heavily in the run up to the revenge pub assault on Kelly.

At Tameside Magistrates Court, mother-of-four Hambleton and mother-of-five Brown, both of Offerton, admitted common assault and were each fined £120.

The court heard Hambleton and Mr Kelly had been on-and-off lovers and neighbours for over a year and he had been charged with harassment over claims he had called her multiple times. 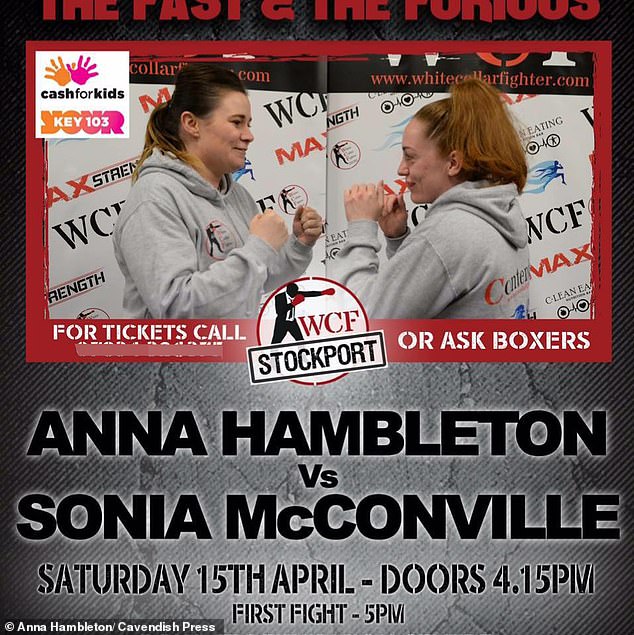 Robin Lynch, prosecuting said: ‘On the 11th March 2022, the complainant was having a drink with another woman in the Golden Hind pub in Offerton.

‘Both defendants had been drinking together at home and later defendants entered the pub and saw him.

‘Miss Hambleton began to push her finger close to the complainant’s face and began to shout at him. During this time, Miss Brown punched the complainant in the back of the head a number of times.

‘Miss Hambleton then tackled the complainant to the ground and punched him whilst Miss Brown kicked him in the back several times. The defendants walked off and returned shortly to shout at the complainant.’

Police were called to the pub and the pair were escorted to Stockport police station where both of them provided no comment interviews. They later claimed they could recall nothing of the incident. 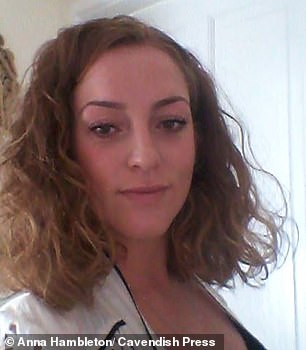 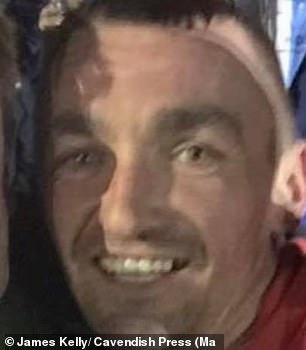 Police inquiries revealed Hambleton and Mr Kelly, 40, who were once neighbours, had been locked in a bitter feud following the break up of their romance

Mr Kelly, now of Edgeley, Stockport received no visible injuries but in a victim impact statement told police: ‘Due to the incident I have not been outside much as I feel like everyone is against me.’

Hambleton had one previous conviction for battery in 2015, for which she received a 12-month community order.

In mitigation, defence lawyer Michelle Mann said: ‘As we all know there are two sides to every story and this case is no exception. Miss Hambleton and the complainant started a relationship in approximately early 2020 and it ended in September 2021.

‘The pair met due to their close proximity, only living two doors apart from each other on a street in Offerton. They were on and off for the entirety of their relationship. 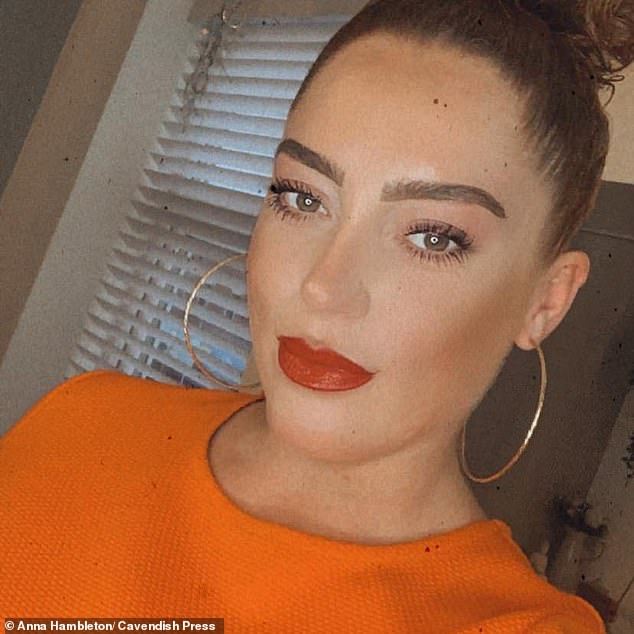 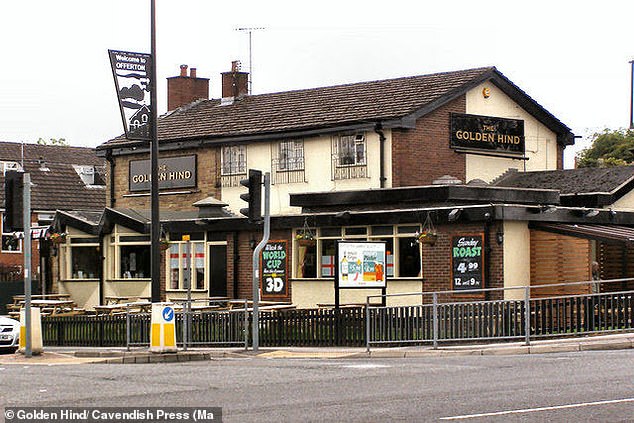 The Golden Hind in Stockport, Greater Manchester, where the incident took place

‘In one of their off periods, the complainant threw paint stripper over her car bonnet. She reported the incident to the police. However, as is often the case with on-off relationships, the pair got back together.

‘Yet soon after they broke up again and in response, the complainant again threw paint stripper and eggs at the car. Hambleton, who was out at the time, was then followed by the complainant back to her house.

‘Once inside the complainant smashed her car windows. Hambleton called the police and the complainant was arrested. He was later charged and released on bail. A non-molestation order was issued between the two parties.

‘Ms Hambleton’s address was a rented property in Offerton in Stockport owned by a housing association. The association were happy to allow Hambleton to remain in the property but she asked them if she could move from the address so that she could distance herself from the complainant.

‘However, the association did not re-house her and she began staying at Ms Brown’s address. As a result of their breakup, she started drinking heavily with Ms Brown.

‘Miss Brown herself had her own issues with the complainant. On one occasion following the breakup, Miss Brown was shopping in a local shop near her address when the complainant saw her and started shouting abuse at her.

‘The complainant made insults about Brown’s disabled 18-year-old son. The incident was so serious that the shop staff had to remove him from the shop.’

Last month Mr Kelly was due to face trial accused of harassing Hambleton but the charge against him was dropped after no evidence was offered.

Hambleton told the hearing ‘My behaviour was very impulsive and I just want to get on with my life without him.’

Brown added: ‘I regret what I did, I find it embarrassing and am very sorry.’

They were each also ordered to pay £85 in costs and the £34 victim surcharge. Kelly’s request for a restraining order was rejected due to there being a pre-existing non-molestation order already in place.