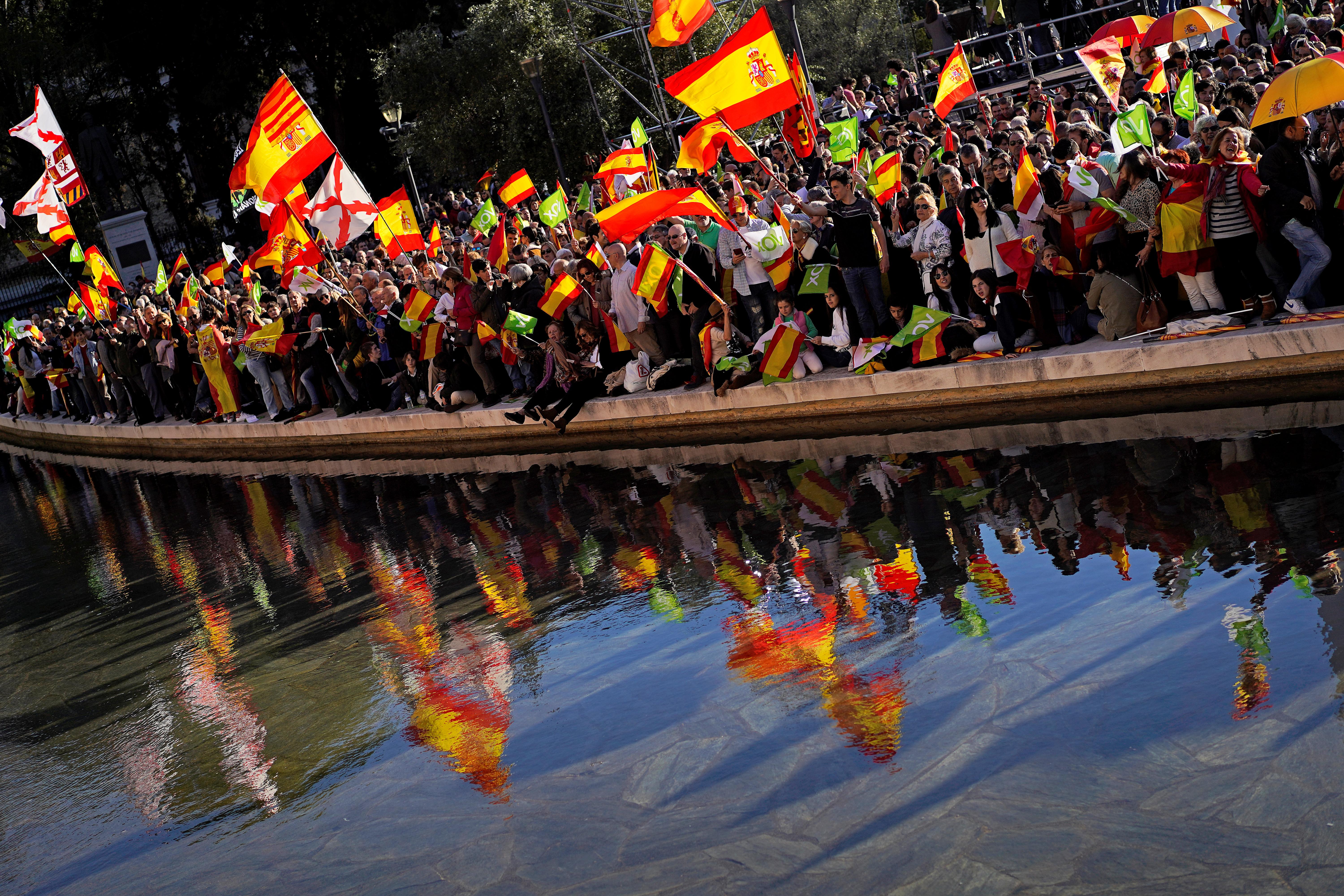 The women from the radical feminist activist group Femen ran across the stage in Plaza de Colon before being removed by security men.

Femen was responsible for the action, a spokeswoman for the Paris-based group said.

Vox, one of five parties with a chance of entering government on Sunday in Spain’s most open election in decades, will become the first far-right party to sit in parliament since 1982.