THESE tigers look like they're in a rugby line out as they fight to get their claws into a bird in China.

The giant felines jump metres into the air to try and get their paws on their prey. 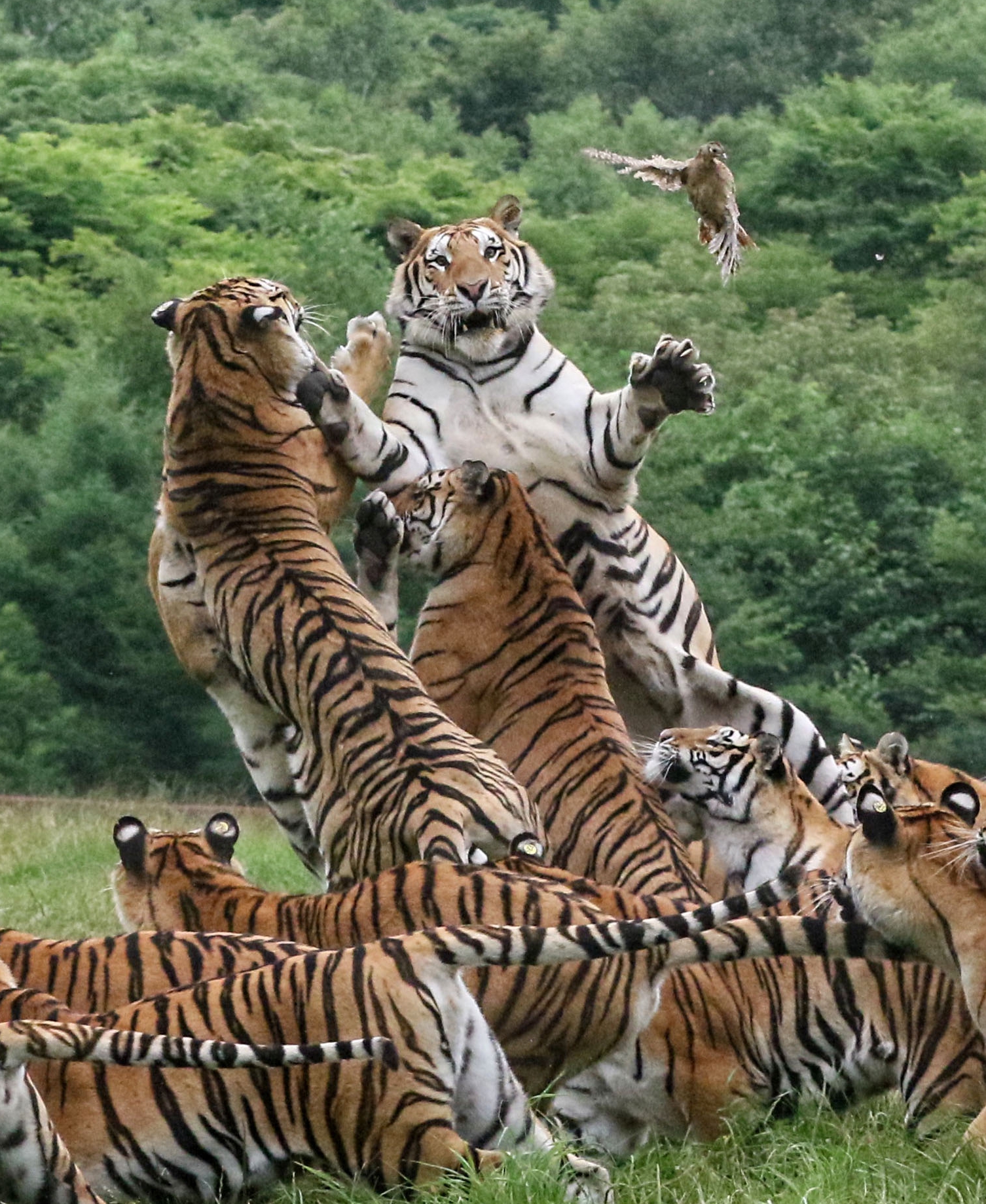 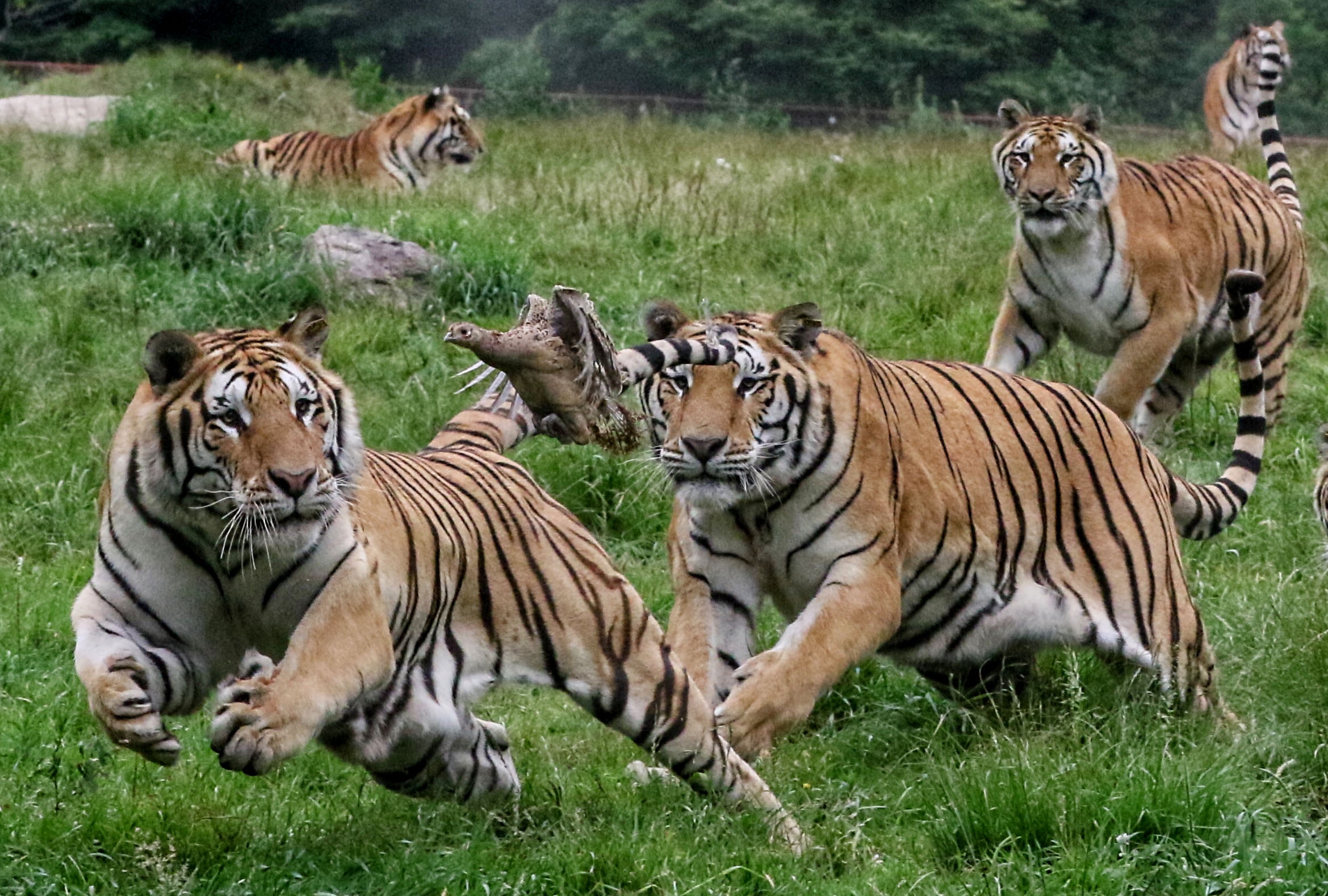 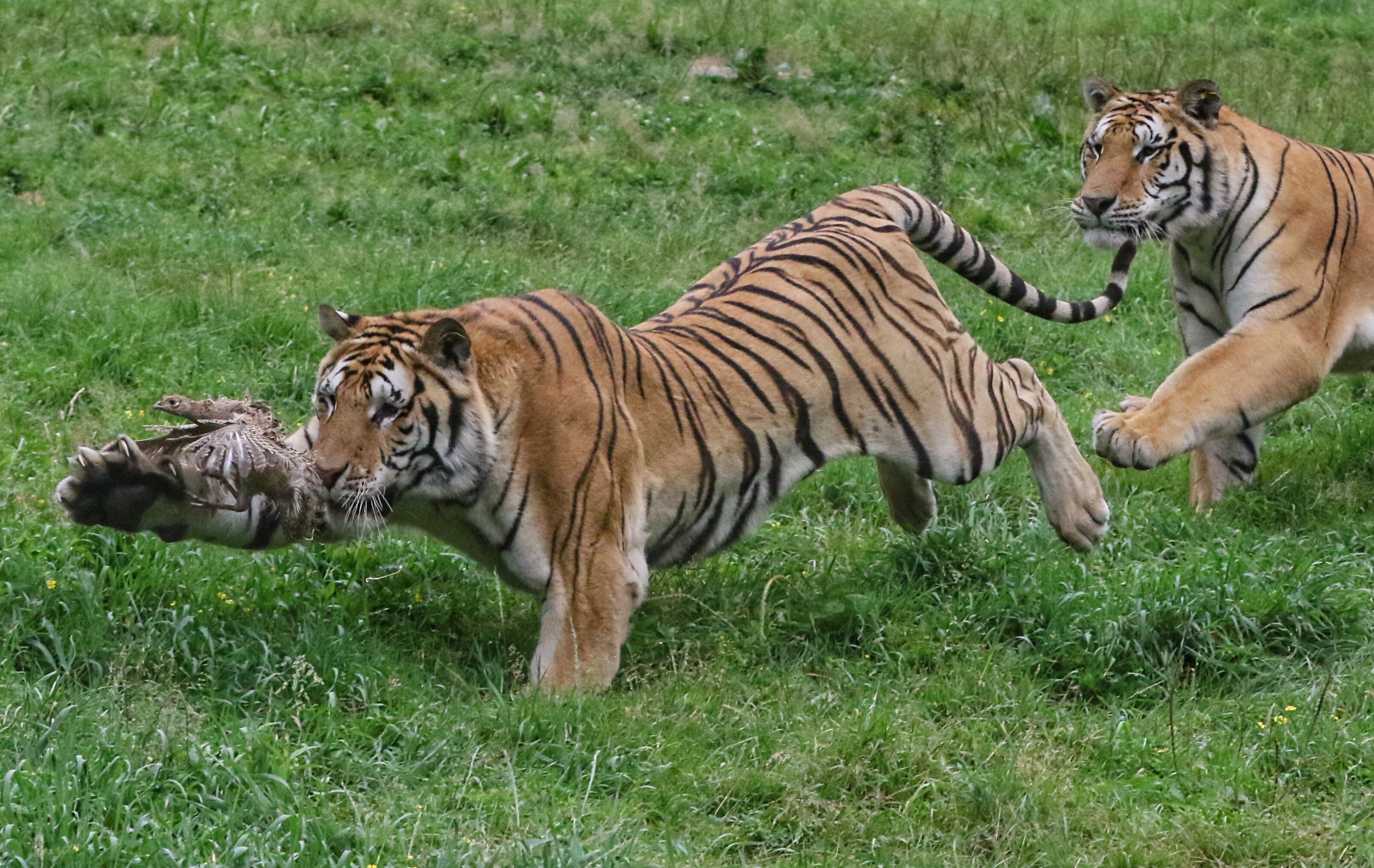 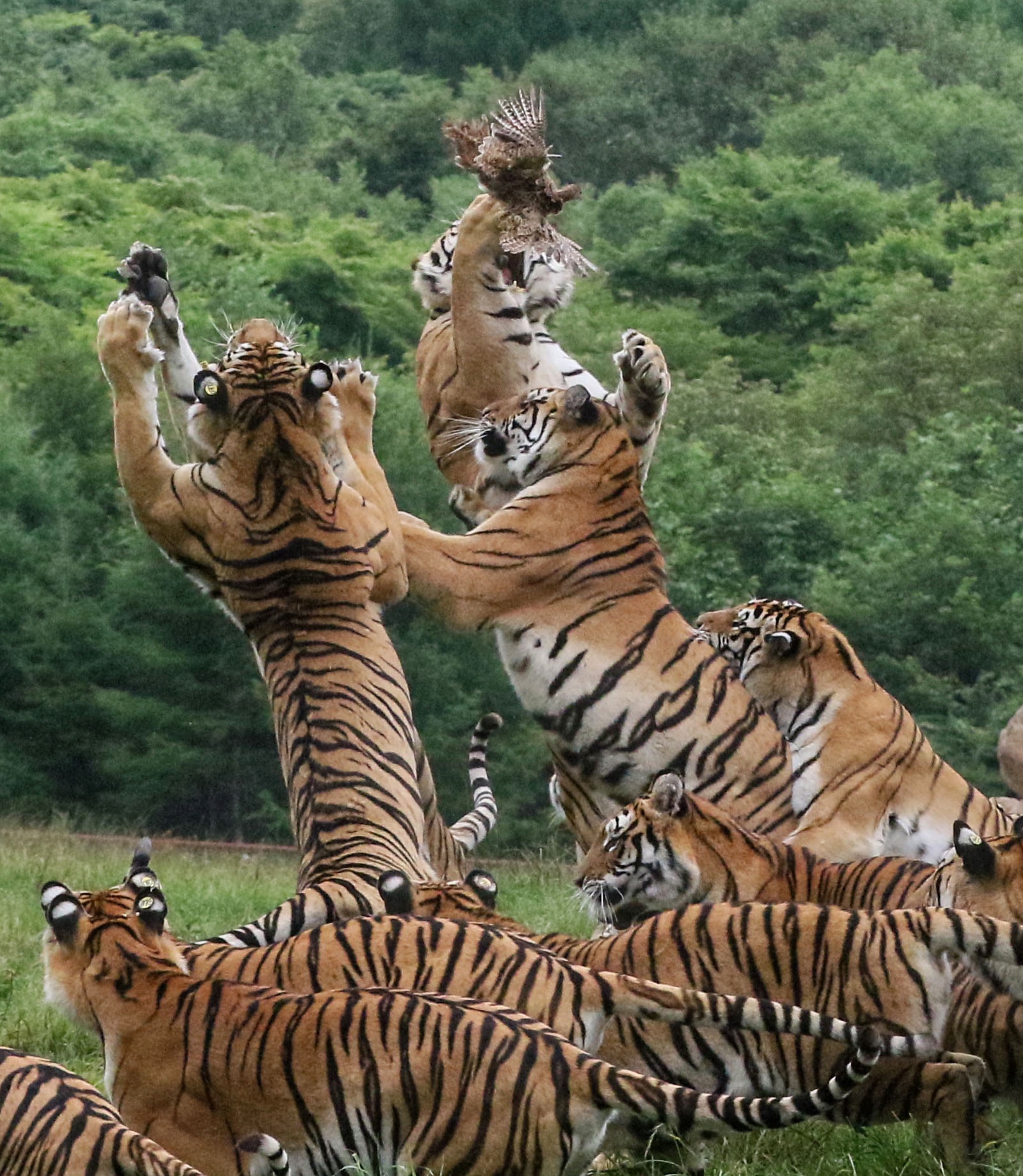 The Siberian tigers live in the Hengdaohezi Feline Breeding Centre – the largest tiger breeding centre in the world.

Siberian tigers are one of the world's most endangered species.

They predominantly live in Northeast China and eastern Russia.

China has been trying to save the species through captive breeding programs.