WARSAW (Reuters) – Poland’s nationalist Law and Justice (PiS) party hopes to tighten its grip on power in Sunday’s election with pledges to redistribute its wealth more fairly and protect voters from the liberal values espoused by its centrist opponents. 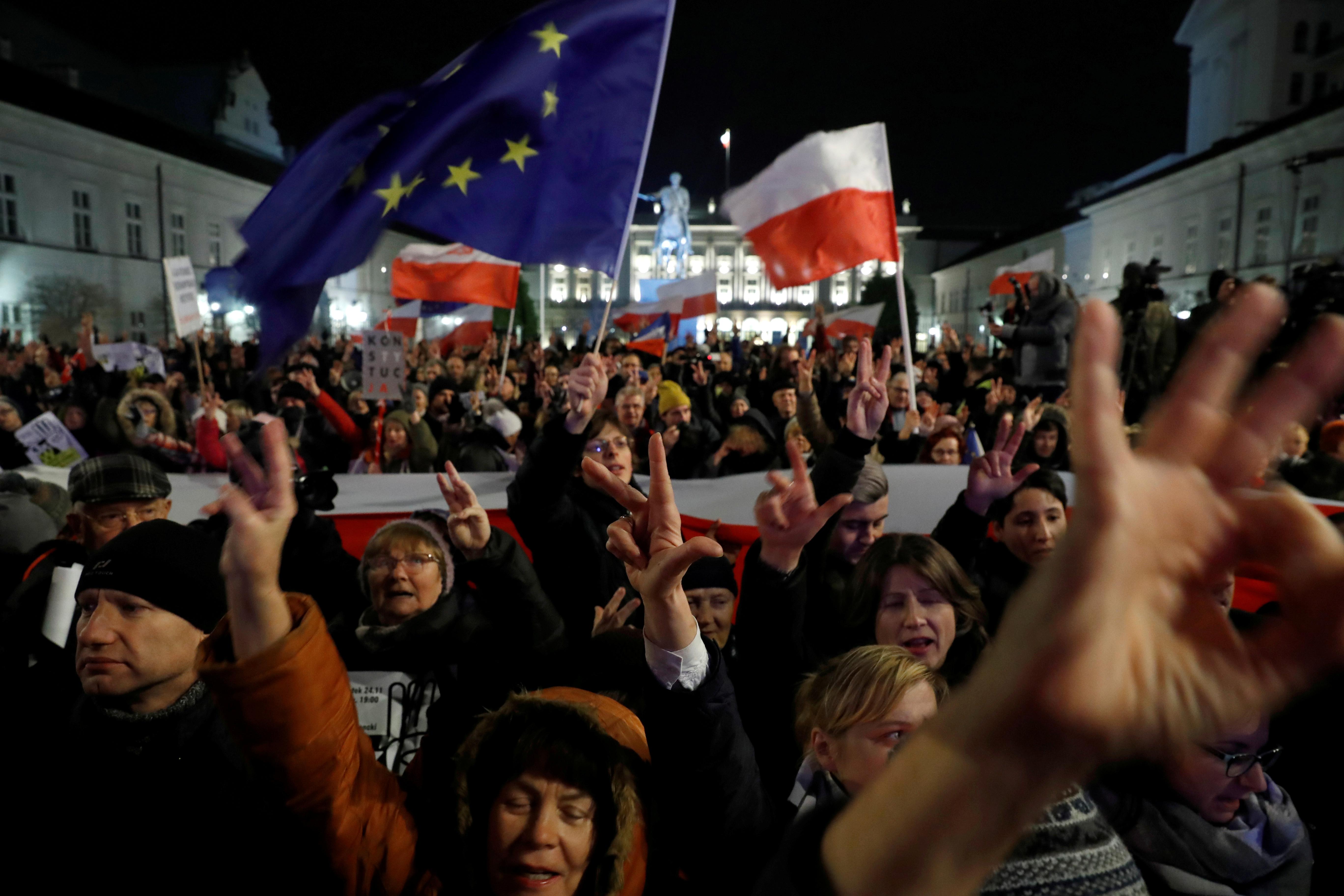 Led by former prime minister Jaroslaw Kaczynski, 70, PiS has tapped into anger among poorer voters over their share of economic prosperity since the collapse of communism in 1989, mixing its nationalist rhetoric with vast welfare spending.

Throughout the campaign, it told its voters that business and cultural elites in Poland should be replaced with people who espouse patriotic values, to ensure fair market competition and access to state institutions such as courts.

“If opposition forces form a government, then it will be dominated by those who want a radical destruction of the moral and cultural order in our country,” Kaczynski told Roman Catholic broadcaster TV Trwam this month.

A second term for PiS would also bolster anti-immigration populists in the European Union are who keen to scale back the bloc’s liberal agenda and who cheer Poland’s chafing against Brussels.

PiS has pushed through a range of reforms since taking power in 2015 that the European Commission and rights groups say jeopardize the rule of law by politicizing judicial appointments. PiS says the courts need to be more efficient and the changes would root out the remnants of communism.

Opposition politicians accuse PiS of a power grab, while economists have said its spending programs expose the economy to too much risk at a time when Poland’s main trading partners in Europe are experiencing a slowdown.

Nonetheless, opinion polls show PiS beating its main opponent, the Civic Platform (PO) of outgoing EU Council president Donald Tusk, by a double-digit margin in the parliamentary vote, with most surveys putting its support at around 40-44%, versus PO’s 21-28%. PiS scored 37.6% in 2015.

“People on the Titanic were told to the very end that the course was perfect, the construction stable and the boat safe,” Malgorzata Kidawa-Blonska, a deputy parliament speaker who is PO’s candidate for prime minister, wrote on Twitter on Sunday.

“We know how the story ended. The boat drowned, because of lies, greed and conceit.”

Whether PiS can form a majority government – or increase the number of seats it commands in parliament – will largely depend on the results for three smaller groupings: the Left, the far-right Confederation and a pairing of rural and anti-establishment parties, PSL/Kukiz’15.

The party has given few details of its policy plans if it retains power, other than saying its overhaul of the judiciary, which has brought unprecedented punitive action from the European Union during its current term, should be completed.

The timing of the PiS electoral victory in 2015 was lucky. Since it won power – riding a wave of anger over inequality among poorer voters that has propped up populist governments elsewhere – it has benefited from an economic recovery in Western Europe that bolstered Poland’s state funds.

The 2015 migrant crisis helped fan nationalism throughout Europe, and the election of Donald Trump as U.S. president offered the PiS government an ally at a time of its increasing isolation within the EU.

Like Trump, with whom PiS shares its views on coal mining and climate, the Warsaw government has polarized society and alienated its allies.

European diplomats say Poland has toned down its belligerent rhetoric in Brussels in recent months, with a looming departure of Britain from the bloc that could mean the loss of an ally.

But there is concern PiS will step up reforms that Western policymakers say politicize courts and undermine the media.

Cas Mudde, an expert on the far right at the University of Georgia, in the United States, said “liberal democracy as Poland has known it for most of the 2000s” could be at stake. 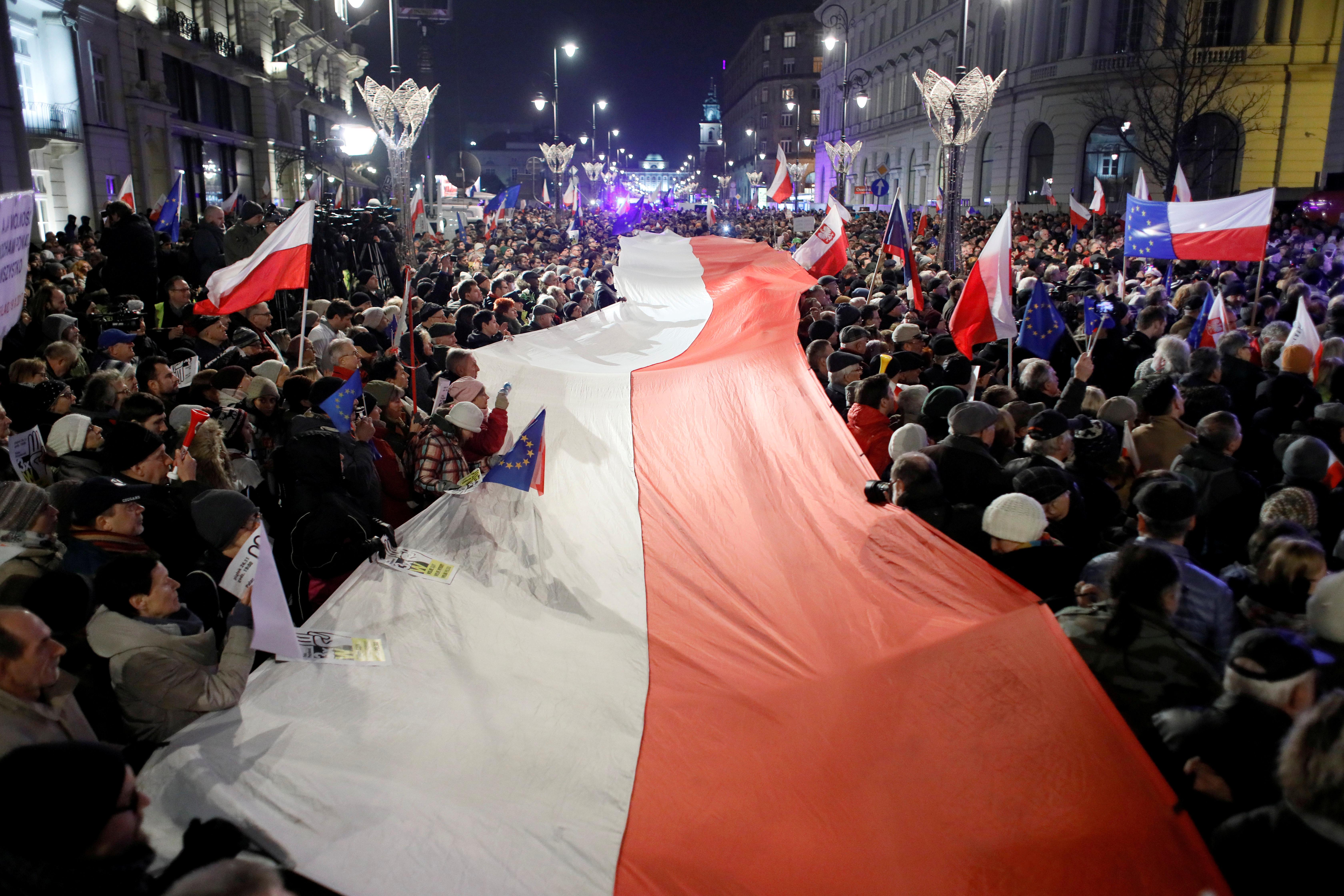 “If PiS gets a second term, now even strengthened, independence of the judiciary and media will be weakened even further, regime cronies will be placed throughout governmental institutions, and opposition forces will be defunded and harassed,” he said.

Exit polls are due shortly after polls close at 1900 GMT, with preliminary results due on Monday.