Ukrainian film director, 42, spends 90 days on hunger strike in a Russian jail where ‘he is being held as a political prisoner’

A Ukrainian filmmaker imprisoned on a terrorism conviction has spent 90 days on hunger strike in a Russian jail and the prison system has contradicted claims that he is frail and underweight by his lawyer.

On May 14 Oleg Sentsov started a hunger strike at the high-security prison colony in Labytnangi where he is being held, demanding that he and 64 other Ukrainians who he considers political prisoners be released.

His lawyer Dmitry Dinze said this week that Sentsov has become increasingly frail, has lost 30 kilograms in weight, and now has a low hemoglobin level. 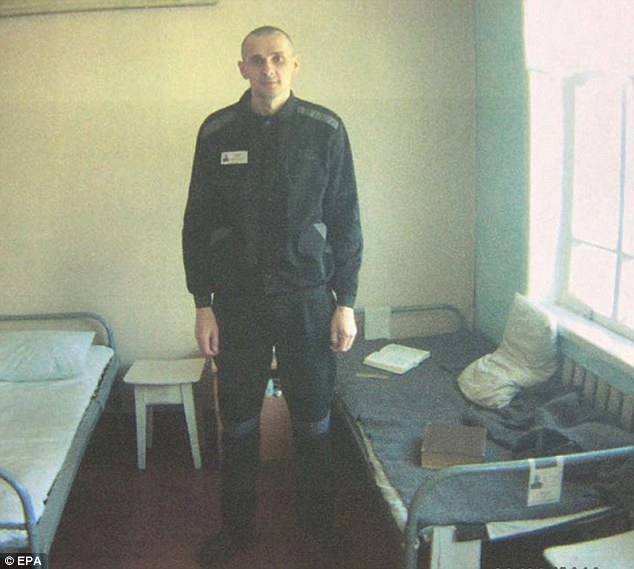 But the Federal Penitentiary Service said in a statement yesterday that Sentsov is being given a nutritious formula daily and ‘as of today, no deficit in body mass or worsening of his health has been observed.’

The penitentiary service specifically refereed to the alleged 30 kilogram weight loss in the statement, saying ‘this information does not correspond to reality.’

The service said it ‘is taking all the necessary measures’ to maintain Sentsov’s state of health.

‘The prisoner takes nutritional supplements to protect his heart and nervous system’, it said.

‘He does not require emergency hospitalisation, it said, calling his state of health ‘satisfactory’.’

Sentsov, an opponent of Russia’s 2014 annexation of Crimea, was sentenced to 20 years in prison in 2015, on terrorism charges and sent to Labytnangi, in Russia’s far north. 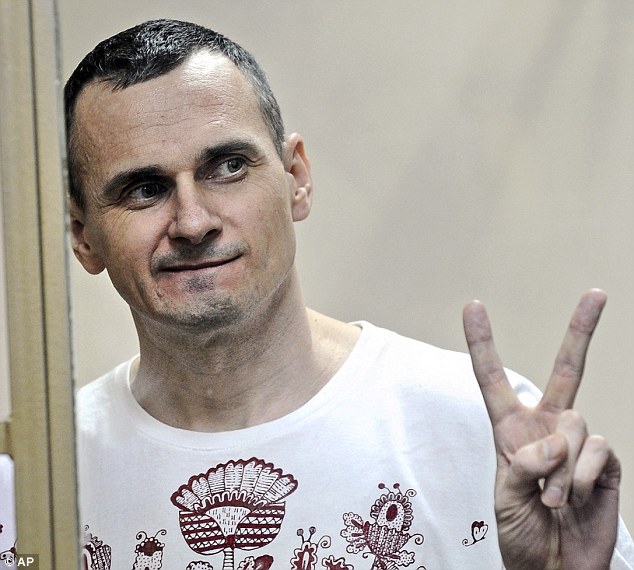 Oleg Sentsov, pictured as his verdict is delivered, has reportedly lost 30 kilograms in weight

His case has garnered international support, with Western nations campaigning for his release.

Sentsov’s mother has urged Putin to issue him with a pardon and the Ukrainian President Petro Poroshenko has discussed the possibility of a prisoner swap with the Russian leader, but supporters are losing hope that he will be released.

The US Embassy said Friday that it is ‘seriously concerned’ about Sentsov’s health and called for Russia to release him and ‘his fellow Ukrainian prisoners’ on humanitarian grounds.