Fire-ravaged tower block collapses in Brazil after inferno rips through the building, with trapped residents screaming for help

This is the horrifying moment a residential tower block crumbles in on itself in a ball of flames after a huge blaze ripped through the building.

The catastrophic collapse was caught on camera in the city of Sao Paulo, Brazil as horrified onlookers filmed the unfolding carnage.

In the clip, posted on Twitter, the 26-storey building can be seen smoldering from the blaze with flames licking up the side of the structure from several windows.

The block then suddenly bursts into a bright ball of fire – before a whole side of the building comes crashing down to earth. 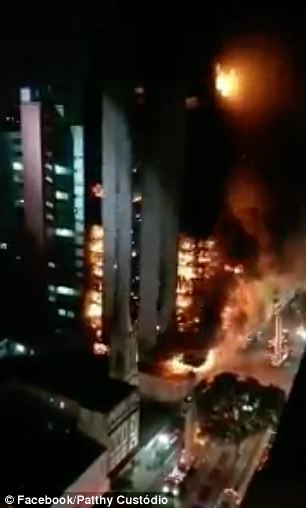 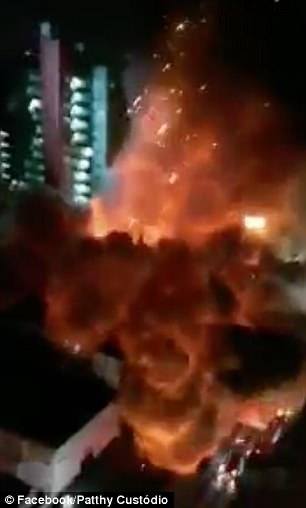 A number of residents can be seen on the upper floors of the building screaming for help in the clip.

Authorities say they do not know if there have been any casualties during the collapse – but they warned that it is highly likely there are some fatalities.

Local news outlets reported that the building was occupied by homeless people from the local area.

Flabio Gabia, a receptionist who works in a nearby hotel, told Estadao: ‘When I went to see what it was, the streets, which were deserted, were filled with people desperately trying to get away.’

‘I was working at the time and I heard several people shouting.

‘Several clients left the establishment when they saw the fire. A hotel next to the burning buildings was also emptied and cordoned off.’ 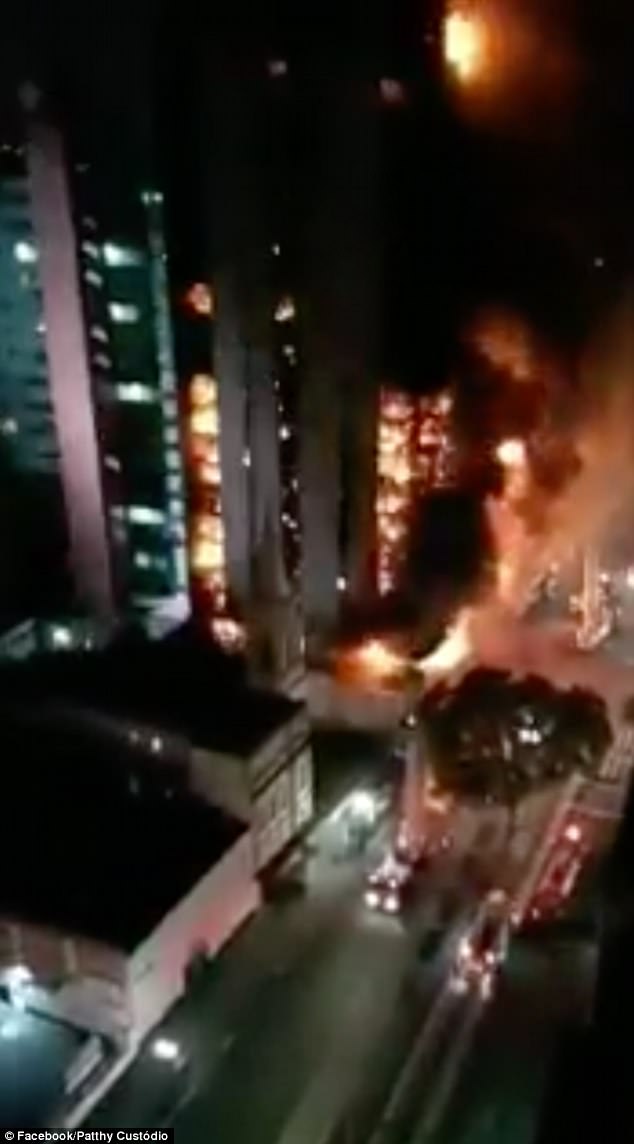 According to local media, the building was 26-floors tall and formerly served as the headquarters of the Sao Paulo district’s federal police.

It is also claimed that the building’s homeless occupants were living there illegally at the time of the fire.

The fire was said to have begun on the fifth floor, before spreading rapidly to the upper levels.

Emergency services have cordoned off vast swathes of the city center – with 160 firefighters and paramedics battling to free those trapped in the rubble.