A serial arsonist who has targeted cars just yards from a primary school, houses and a mosque is being hunted by police after a spate of seemingly random attacks.

The man was caught on CCTV dousing a car in Tower Hamlets, East London with an accelerant before igniting it with a lighter and leaving the black vehicle in a fireball on Friday.

A similar attack took place in Duckett Street in the same borough days earlier, with a similar result.

Residents in nearby streets within a 500-yard radius have reported similar incidents in the past few days, with up to six attacks reported since the turn of the year.

Father-of-four Muazzam Hussain, 48, described a ‘horrible’ attack outside his home to the Evening Standard.

He said: ‘We thought the whole building was burning. We were lucky no one was killed but it has happened twice now. 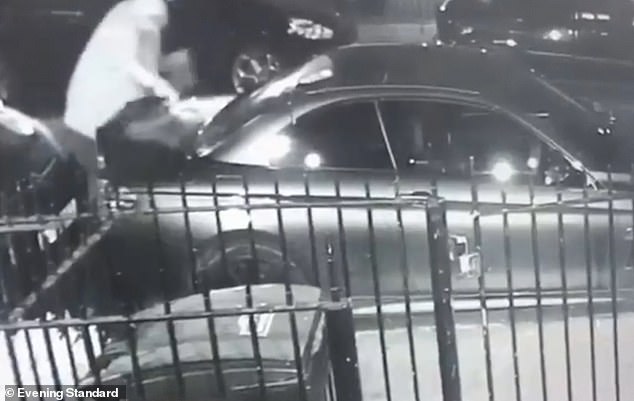 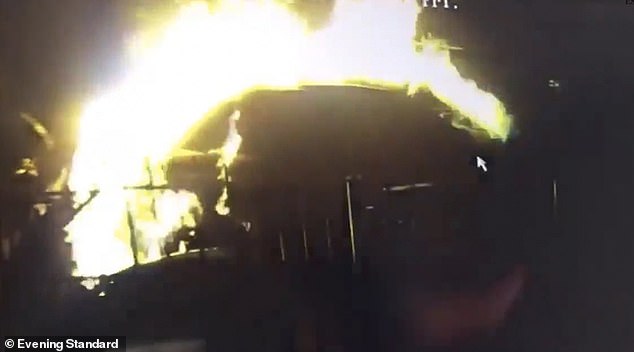 ‘I can’t get to sleep thinking of what might happen next. There are so many cameras around but he doesn’t care. He needs to be stopped.’

Police said they were ‘keeping an open mind to possible links’ amid speculation that the incidents could be both connected and crime gang related.

One theory is that the cars were used in crimes and the arsonist is destroying any possible forensic evidence. 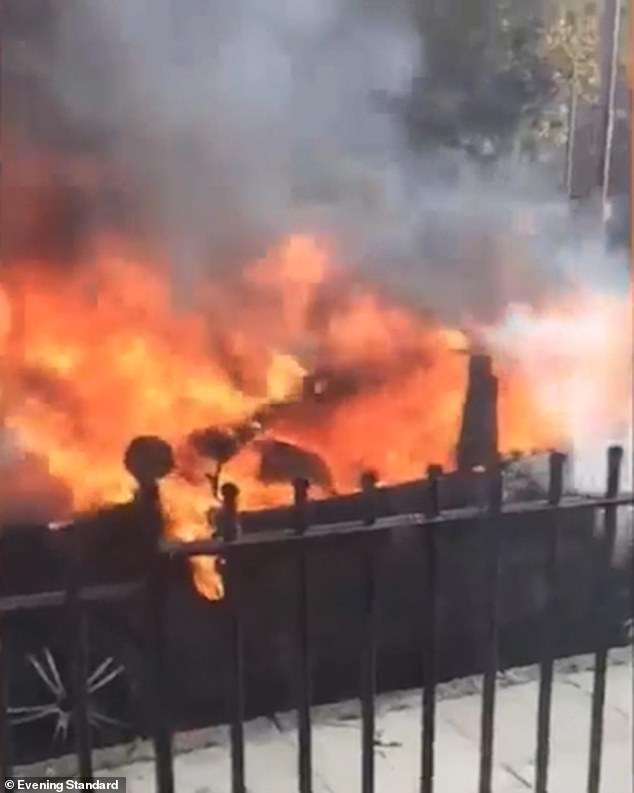 The burned out skeleton of one car, a Ford Focus, is still lying on the street where it was destroyed, three days after the attack.

A council spokesman told the Evening Standard the attacks were ‘concerning’ and added: ‘We are removing these vehicles from the streets as soon as we can.’

Andrew Wood, leader of the Conservatives on Tower Hamlets council added that he is ‘very worried’ this could spread.