Fire and res-coo! Crowd claps as firefighters free a pigeon tangled in netting after cordoning off city centre street to save the bird

Firefighters in Cardiff closed off one of the city’s busiest streets to rescue a pigeon that had been caught in some netting installed to discourage the birds from roosting.

South Wales Fire and Rescue deployed an 100ft aerial ladder platform to allow firefighters to reach the pigeon and untangle him from the net on the roof of a Nat West bank.

Footage of the rescue showed a firefighter standing on the ALP which had been raised to the building’s roof. The firefighter carefully untangled the pigeon from the net before handing it over to an animal welfare expert.

People on the ground cheered after the fire fighter successfully untangled the bird. However, the response of people on Twitter was less enthusiastic, with some suggesting they should have shot the pigeon. 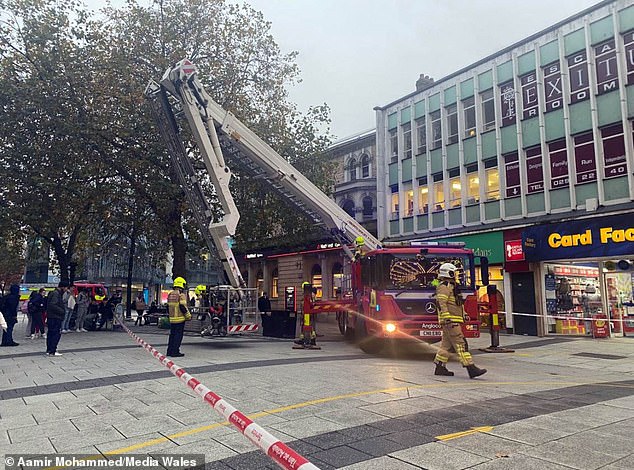 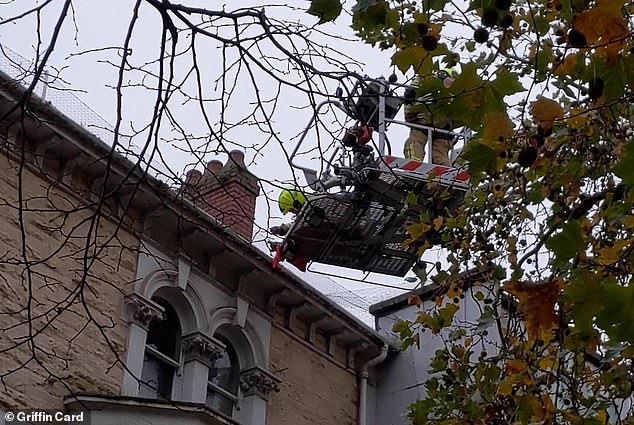 Cardiff University student Griffin Card, 18, filmed the rescue on his phone. He said: ‘I found it uplifting.

‘The rescue took quite a while so the crowd built up over time.’

Peter Rees complained the rescue wasted taxpayer’s cash. Another anonymous Tweeter wrote: ‘I’m glad they rescued it but did it really take so many fire engines and police.’

Martin Howard was also angry. He said: ‘Two ways to get emergency services out in 2021: Trap a pigeon or offend someone on the internet.’

Carl Terry asked: ‘Why didn’t they just shoot it rather than spend thousands on this ridiculous rescue?’

Another person said: ‘Should have just shot it and left it.’

The platform is designed to rescue people from windows up to the 10th floor of a tower block.

The incident happened on Monday and saw Cardiff’s Queen Street shut for an hour. 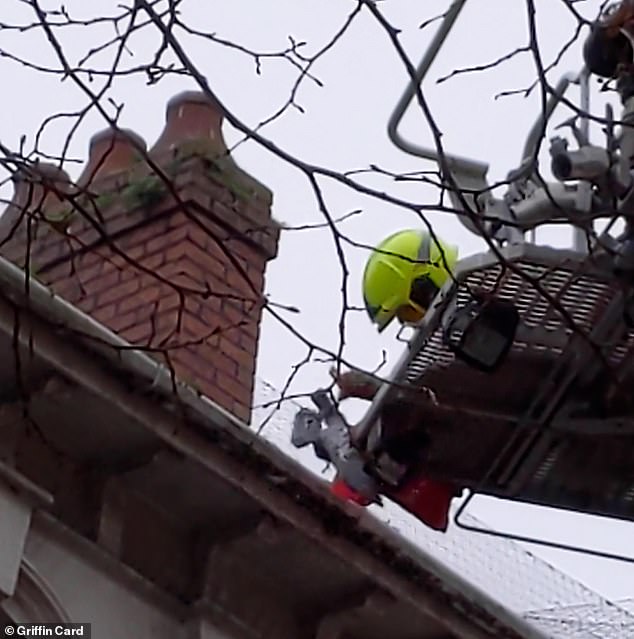 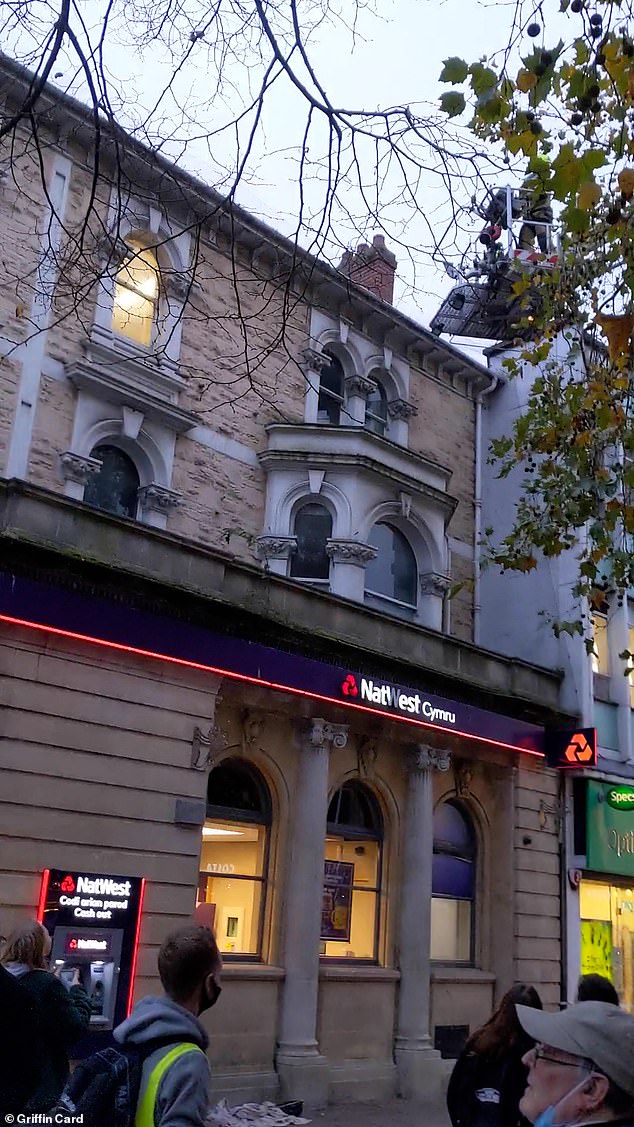 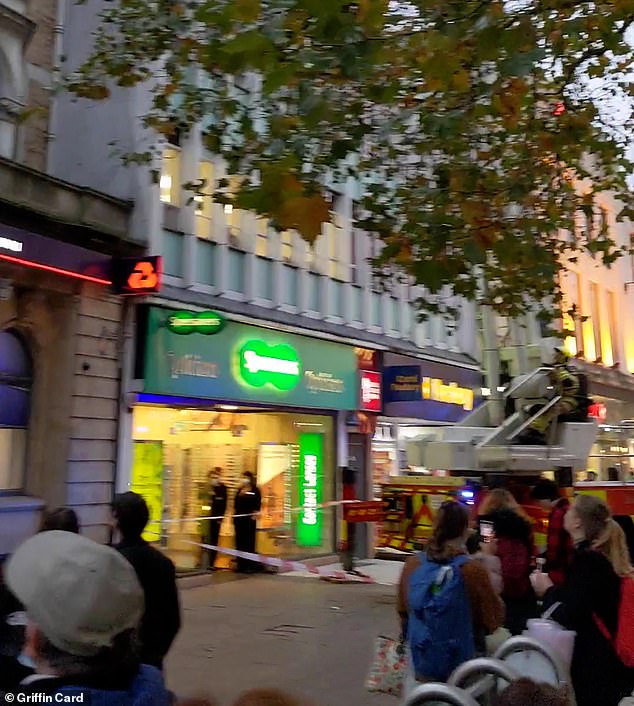 Witnesses said they saw at least three fire engines at the scene including the aerial ladder platform.

A spokesperson for the fire service said: ‘At approximately 3:45pm on Monday November 15, 2021 we received reports of a small animal rescue on Queen Street in Cardiff.

‘A crew attended the scene to rescue a pigeon from netting.

‘At stop message was received at 4:23pm and the bird was left in the care of specialists.’

The Wildlife and Countryside Act 1981 states it is illegal to kill or injure any wild bird, including pigeons and seagulls, unless general licensing regulations are complied with.