Natalie Agostinho, 36, was furious after she saw the advert for Local Financial Advice as she scrolled through Instagram next to the wording "do I need a financial advisor?" 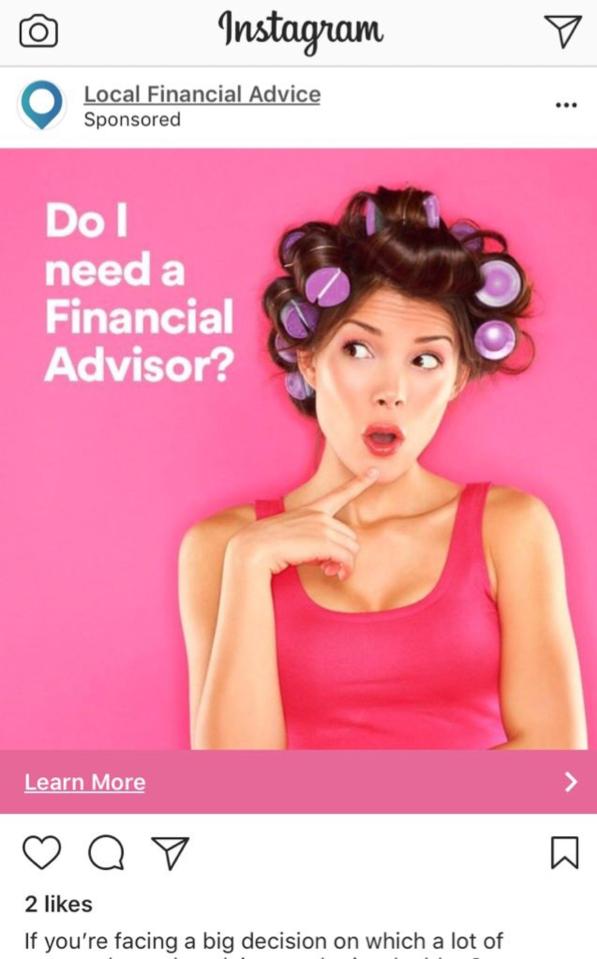 The woman in the ad is wearing a low-cut pink vest top, has a head full of curlers, her finger placed to her chin and is puckering up her lips in a confused way.

Ms Agostinho, a HR manager from Manchester, has blasted the company for the ad which she claims suggests the woman has blown her cash on a hairdo.

She said it made it look like "all women are airheads" and added that it perpetuates the stereotype that millennial women can’t successfully manage their money.

Local Financial Advice said they regretted any offence caused by the image which was meant to portray a "pondering" woman. 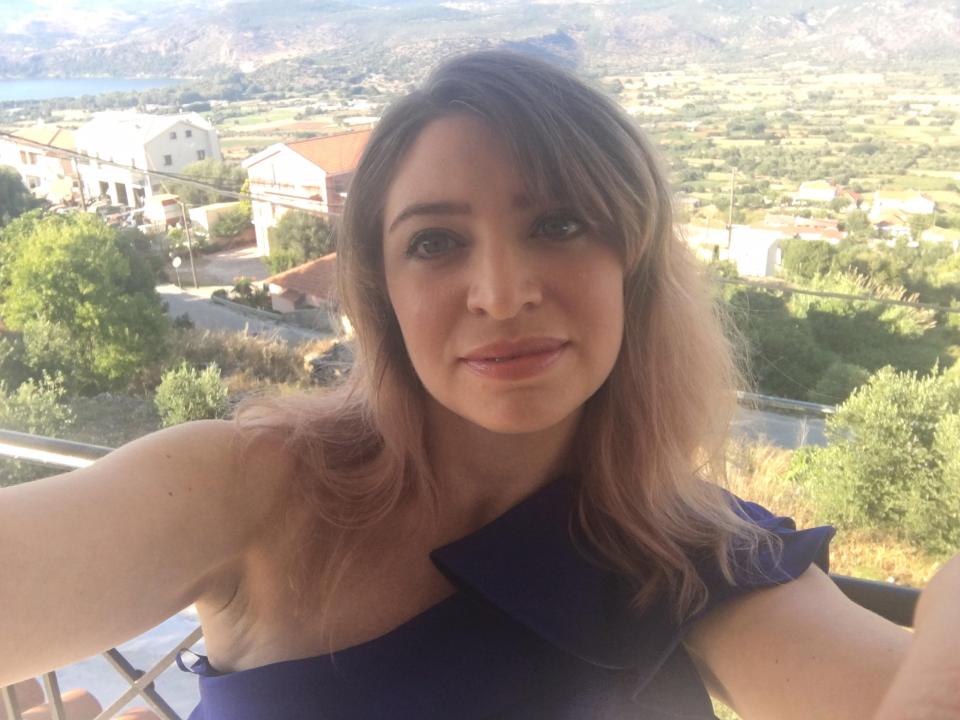 The ad has now been pulled and a full review of the organisation’s sign-off process will take place.

Ms Agostinho said: “I thought it was going to be an advert for a blow dry at a salon but when I realised what it was for I got really cross.

“It’s that same old stereotype that women should leave men to do the financing because they aren’t ‘clever enough’ to do it themselves.

“It leaves girls looking like they are clueless and useless.

“I think the way that the woman has her hair in rollers suggests that she has spent all her money on her hair and make-up and has no money left so needs a man to save her. It’s insulting.

“The advert is saying that millennial women are more interested in their make-up than finances and are incapable of sorting it themselves, which is false. It’s like we’re all little airheads.

“I am personally really fed up with the daily sexism, it’s all the same at the minute how women are treated and perceived.”

She contacted Local Financial Advice on social media and claims she has yet to receive a response.

She added: “We go through our whole life just dealing with daily sexism yet when we stop and think about it properly we realise we shouldn’t have to go along with it.

A Local Financial Advice spokesperson said: “We constantly test new adverts across social media to test sentiment and attractiveness to our target audience and we regret any offence caused and can assure that this particular image is no longer running.

“This image was one of nine being tested by our external agency.

“Internally we have a review process to make sure that adverts are not misleading and will not cause offence.

“Those involved in selecting the images consisted of male and female team members.

“We can assure you that the images selected did not intend to portray women in any situation other than someone who is thinking/considering/pondering.

“Unfortunately this has slipped through the net and a full review of our advert sign-off process will take place.”