‘Inhumane’ firms at the heart of the Grenfell Tower blaze still refuse to take responsibility for the inferno, only offering ‘meaningless condolences’ to bereaved families, lawyers claim

Grenfell Tower was turned into a ‘death trap’ by firms that now refuse to admit responsibility, the inquiry heard.

Lawyers for hundreds of bereaved families and survivors criticised ‘inhumane’ companies that offered ‘meaningless condolences’ but stayed silent when asked to explain how the fire spread so fast.

They accused bosses of putting lives at risk by failing to provide answers that could prevent other tower block fires, and of trying to derail the independent inquiry.

Cost-cutting during a £9million refurbishment meant fire-proof cladding was replaced by a type costing £300,000 less that caught light ‘more quickly than dropping a match into a barrel of petrol’, they said. 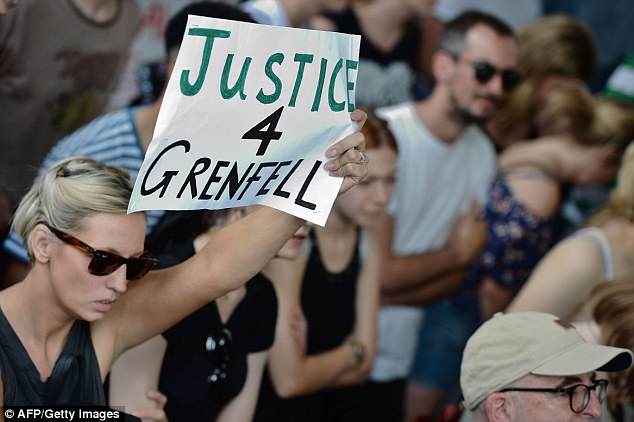 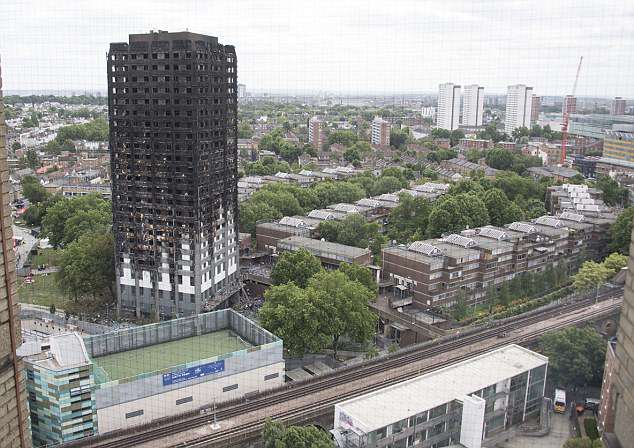 Residents’ fears about ‘shoddy’ work were ignored and whistleblowers were ‘fobbed off’. The inquiry was urged to pursue firms that carried out the refurbishment and not let them blame firefighters. Stephanie Barwise QC said there was evidence of ‘failures at every level of design and construction’.

She claimed the firms ‘have no desire to assist this inquiry, even though their participation could save lives in future’, adding: ‘It is inhumane to remain silent when so many seek understanding and answers.’

The inquiry has warned the firms it will not tolerate ‘a merry-go-round of buck-passing’. Several refused to comment until they had seen all the evidence – which may not be available for months.

Miss Barwise accused them of being ‘disingenuous’ because they did not want to incriminate themselves.

Expert reports identified cladding installed on the building as the main reason the flames shot up the side of the tower. But the cladding supplier, Arconic, said it should have been obvious to construction bosses that its panels would burn.

In a statement, it said its panels were ‘at most a contributing feature to the fire’, adding: ‘The panels did not render inevitable the catastrophe which ensued.’ The main contractor, Rydon, said critical decisions were taken before it became involved in the refurbishment. It said Kensington and Chelsea council, which owned Grenfell, ‘closely supervised and inspected’ the entire project and signed it off.

The original refurbishment plan specified fire-resistant cladding but it was replaced by the combustible cladding after the council asked Rydon to give cheaper options.

A lawyer for another group of Grenfell victims, Sam Stein QC, said building regulations had become a ‘cosy industry cabal’.