‘First Briton to catch Covid’, 26, had drugs in his system when he died after ‘never getting over Chinese lockdown’ once he was infected while teaching English in Wuhan in November 2019

The student believed to be the first Briton to catch coronavirus had drugs in his system when he died after ‘never getting over lockdown in China’, an inquest heard today.

Connor Reed, 26, from Llandudno, North Wales, caught the virus while teaching English at a school in Wuhan in November 2019, and claimed he drank hot toddies to help him beat the illness.

After being found dead in his room at Bangor University in October, where he moved to study Chinese and linguistics, his heartbroken mother revealed he never got over the ‘hardship’ of contracting the virus after he was forced to spend over 20 weeks in a ‘harsh’ Chinese lockdown.

Opening an inquest at Caernarfon, coroner Kate Sutherland said he hadn’t been seen for some time by his friends and they eventually entered his room.

Mr Reed was lying on the floor, between the desk and his bed.

A post-mortem examination gave the provisional cause of death as respiratory failure due to broncho-pneumonia due to ‘combined drug toxicity.’

The coroner said: ‘The investigation into Connor Reed’s death is ongoing and the inquest will be adjourned.’ 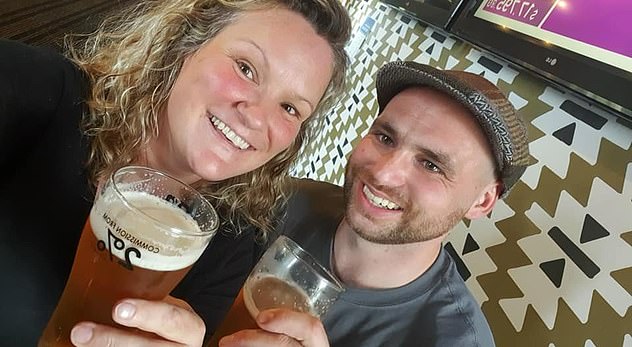 Connor Reed pictured with his mother Hayley. His heartbroken mother revealed that Connor never got over the ‘hardship’ of contracting coronavirus after he was forced to spend over 20 weeks in a ‘harsh’ lockdown in China

Mr Reed’s family, who live in Australia, spoke of their heartbreak of being unable to attend his funeral.

Parents Rod and Hayley Reed had to watch the service on a screen with children Morgan, 17, and Oliver, eight.

His father said: ‘You’d think we would have felt disconnected from Connor because we were so far away, but I didn’t feel that way at all.

‘It was just nice that we were at least able to see him. Afterwards, we had a glass of wine and talked about all the incredible things he did in his life.’

Writing for the Daily Mail in November, Mr Reed described his symptoms, initially putting the illness down to a bad flu.

‘I feel dreadful. This is no longer just a cold. I ache all over, my head is thumping, my eyes are burning, my throat is constricted. The cold has travelled down to my chest and I have a hacking cough,’ he wrote at the time.

He went on to describe how he made himself a ‘hot toddy’ to help ease his symptoms. ‘I don’t smoke and I hardly ever drink. But it’s important to me to get over this cold quickly, so that I can stay healthy for work. For medicinal purposes only, I put a splash of whisky in my honey drink. I think it’s called a ‘hot toddy’,’ he wrote.

Mr Reed went to hospital after developing a chest infection, but went on to make a recovery from the illness.

According to his mother Hayley, who lives in Brisbane, her son never got over the ‘hardship’ he endured after contracting the virus.

Speaking to The Sun, she said: ‘Over the last six months he endured a lot of hardship in China contracting Covid and having over 20 weeks lockdown under strict conditions.

‘He endured more lockdown than anyone we have even known – 16 weeks harsh lockdown in Wuhan, two weeks in Australia and a further three weeks in the UK.

‘We are both broken-hearted that his adventures came to an end at Bangor University where he was studying for a degree in Chinese language with what looks like a tragic accident.’ 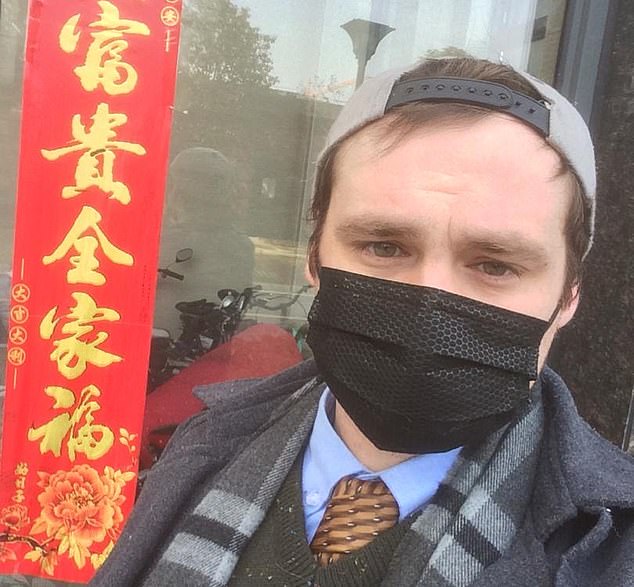 Connor Reed, 26, from Llandudno, North Wales, caught the virus while teaching English at a school in Wuhan in November 2019, and claimed he drank hot toddies to help him beat the illness

Speaking of her son’s ambitious nature, she said: ‘To say Connor had a sense of adventure was an understatement.

‘When he told us he was going to learn Chinese we didn’t really believe him but he knuckled down and went on his own to China and in a few years was speaking fluent mandarin.’

In an online post after his death, Mrs Reed wrote: ‘It brings me great sadness to announce our beautiful son Connor Reed has passed away in a tragic accident at Bangor University at the weekend.

‘He will be so greatly missed by his brothers, family and friends. He had such a wonderful smile, enthusiasm and love for life.

‘We are blessed to of(sic) had you in our lives if only for a very short time. Rest in peace our darling.’