Window cleaner, 31 and 28-year-old hairdresser are killed on their first date when his BMW crashes on motorway

A tragic young couple were killed on their first date in a horror motorway smash in a BMW.

Tim Grace, 31, was taking Sarah-Jayne Thomas, 28, for a spin in his BMW X5 when he lost control and crashed.

Friends said the couple were on their first date together when the tragedy struck in the one-car crash.

Brunette hairdresser Sarah-Jayne was described by heartbroken friends as an ‘amazing girl’ and ‘fantastic mother’.

Mum-of-two Sarah-Jayne was pronounced dead at the scene of the crash on the M4 motorway near Bridgend in South Wales on Tuesday.

Father-of-two Tim, a window cleaner, was left with life threatening injuries and taken to hospital for treatment but died on Wednesday night.

The pair had been driving back from Miller and Carter steak restaurant in Cardiff at around 3pm when they crashed. 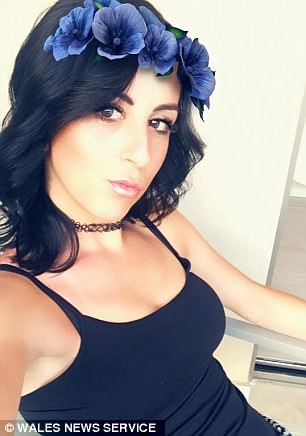 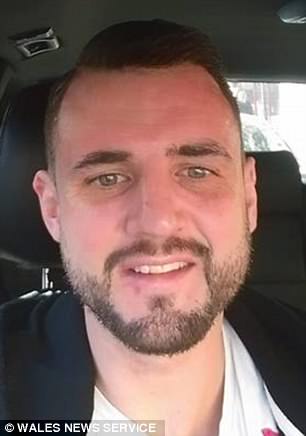 Swansea residents Sarah-Jayne Thomas and Tim Grace were killed in a crash on the M4. Friends later revealed the couple were on their first date

Tim’s best friend Raju Miah, 26, said: ‘It is too heartbreaking for words – it was their first official date.

‘They had been planning it for a while and they both took the day off work.

‘Tim was a smashing bloke, a great friend and the life and soul of the party.

‘I’m in shock, I’d known him since school – we did everything together.’

Tim, from Treboeth, Swansea, had been due to fly out to Ibiza for a friend’s stag at the weekend but dropped out to be with Sarah-Jayne.

His close friend said Tim was a keep-fit fanatic who doted on his toddler daughter Ella-Rae.

Businessman Mr Miah said: ‘He was either at the gym or with Ella- Rae, he saw her every other day.

‘He was a good dad after splitting up with Ella-Rae’s mum who he was still friends with.

‘He and Sarah-Jayne had been out together in Swansea a few times but this was their first special date.’

Grieving pals and close family members gathered at a racecourse near Sarah-Jayne’s home in Penlan, Swansea to release balloons in her memory.

Sarah-Jayne worked at the Ava Marie hair boutique in Swansea where her workmates are so upset they cancelled all appointsments until next Tuesday.

A friend said: ‘Sarah-Jayne was a beautiful girl, inside and out – everyone is walking around in a daze because we can’t believe she’s gone.’

Friend Jordan Thomas said: ‘What a cruel world we live in, RIP Sarah.

‘You were a lovely person and shouldn’t of been taken so soon, my heart goes out to the family and her two precious boys. Sleep tight angel.’

Jordanna Richards said: ‘She was amazing girl, a fantastic mother. She will be missed so much xx’

Jenna Marie said: ‘Awful news, thinking of those beautiful boys and her family.’

Tim, who has a young daughter, was taken to University Hospital of Wales, Cardiff, with ‘serious injuries’ where doctors battled to save his life. 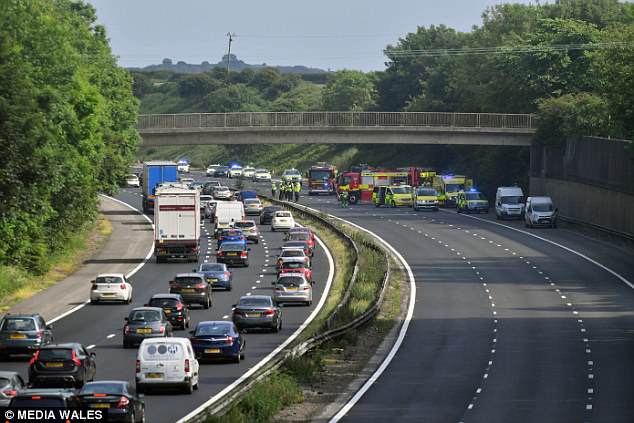 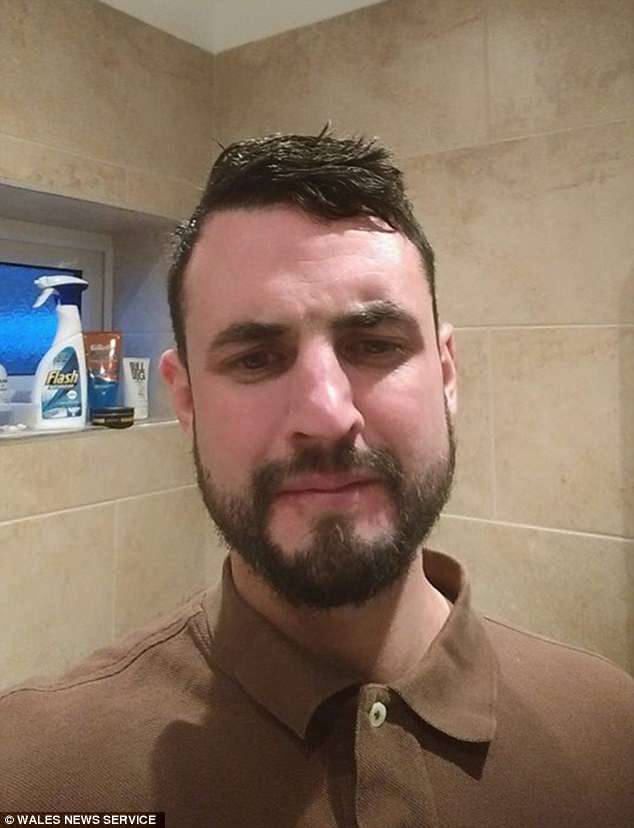 Tim Grace, 31, was taking new girlfriend Sarah-Jayne Thomas, 28, for a spin in his BMW X5 when he lost control and crashed 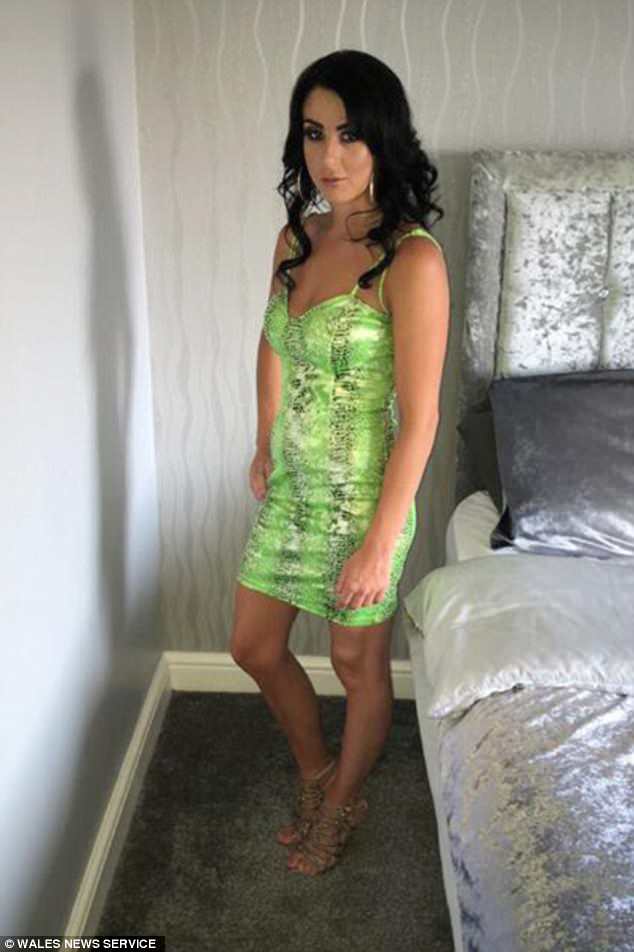 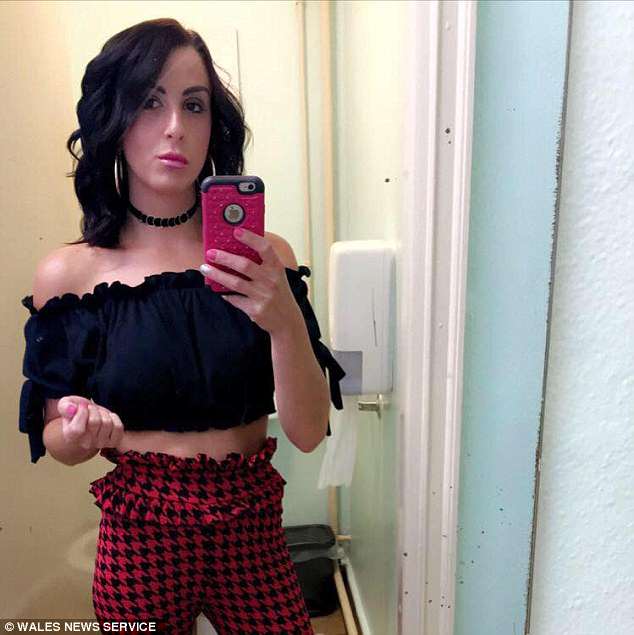 But he too died 24 hours after the crash.

A friend of Tim’s defended his driving, saying: ‘Do you think he set out that day with Sarah going on their first date to crash and not go home?

‘How anyone at this stage can judge is beyond me. People are in shock and grieving including myself.

Investigators have appealed for dashcam footage and witnesses as they try to piece together what happened.

The carriageway was closed for seven hours while emergency crews tried to get the couple out of the car and clear the wreckage of the devastating crash. 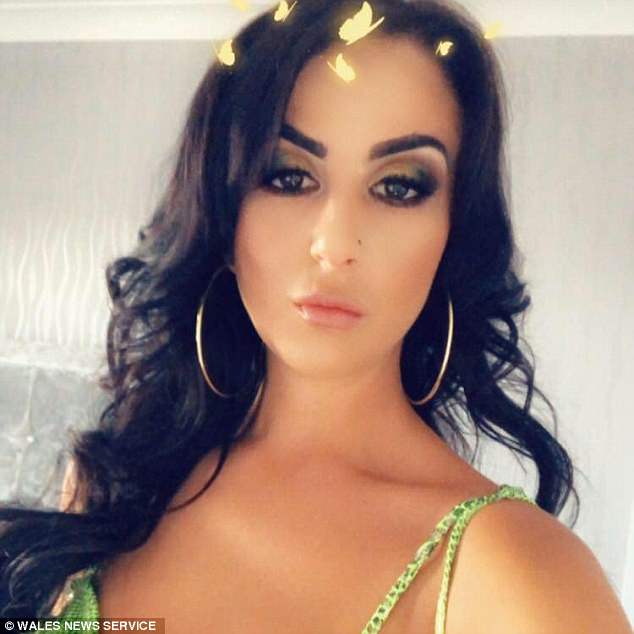 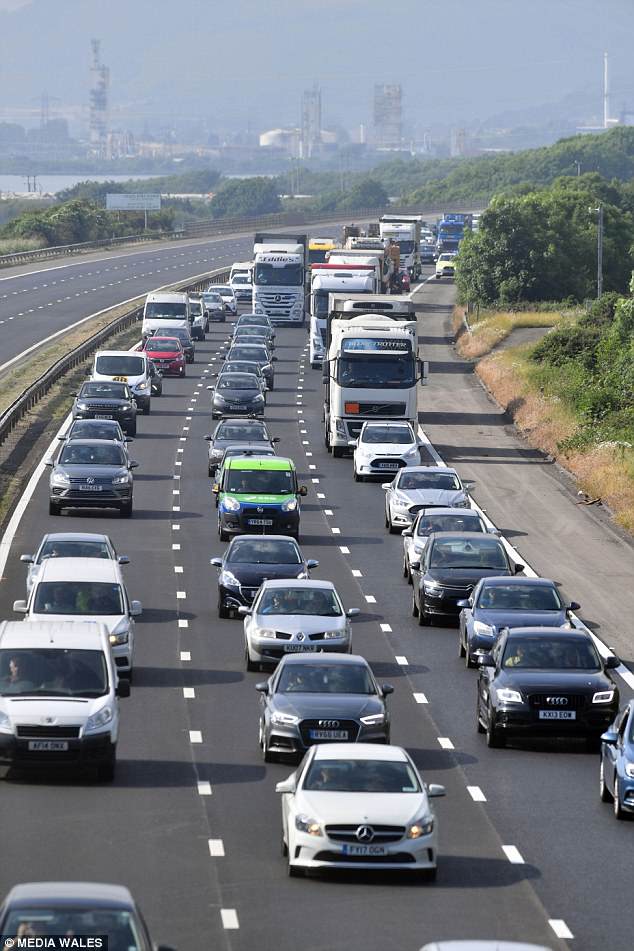 the road was shut for seven hours after the M4 crash, leading to miles of tailbacks on the motorway as police investigated

A spokesman for South Wales Police said: ‘Officers investigating the fatal road traffic collision which happened on the westbound carriageway of the M4 motorway near Pyle on Tuesday have released the names of the victims.

‘They have been named as Timothy Peter Grace, 31, from Treboeth, Swansea and Sarah-Jayne Thomas, 28, from Penlan in Swansea.

‘South Wales Police is continuing to appeal for anyone who witnessed the collision or the manner in which the vehicle was being driven prior to it, or who has any dash-cam footage, to contact the Serious Collision Investigation Unit.’