The first haemophiliac to contract Aids in Britain died in 1985 without realising he had caught the virus, an inquiry has heard.

Kevin Slater, from Cwmbran, south Wales, was treated with imported blood products in the 1980s and later tested positive for HIV, the Infected Blood Inquiry was told.

He was not told he had been diagnosed with Aids in 1983 and died 18 months later, with his sister-law insisting he died without ever realising he had the condition.

Mr Slater died of Aids in 1985, and records show it was recommended that the diagnosis be kept from him.

Thousands of Britons were infected with HIV and hepatitis in the 1970s and 1980s after being treated with blood products imported from America. 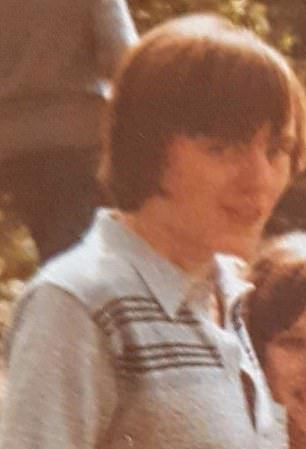 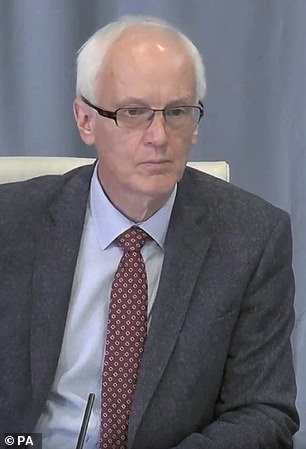 The inquiry is looking into what has been described as the worst treatment disaster in the history of the NHS.

The contaminated blood scandal has been labelled the worst treatment disaster in the history of the NHS amid claims of a government cover-up.

The current inquiry comes after two previous ones were branded whitewashes.

Haemophilia is a condition which affects the clotting of blood in those affected.

It is usually treated with blood products, however the ones used to treat patients in the 1980s were in infected with HIV.

Mr Slater’s sister-in-law Linda Maule told the inquiry: ‘He was treated disgustingly. There was no care, nothing.

‘The way he was treated – put in a separate room, meals being passed through the door.

‘I don’t think he was ever told, that’s my honest opinion. I don’t remember ever hearing Kevin say ”Oh you know this is the score then mum” or his Mum actually looking up and saying ”we’ve found out what’s up”.’

Mr Slater’s brother Paul was also a haemophiliac who died of Aids in 1991 after also being given infected blood.

His sister-in-law said the inquiry had been difficult to listen to and added: ‘Hearing it all again today brought it all back,’ she said. ‘I can see this guy there, crying out for help and not getting it.’

The inquiry also heard that consultant Prof Arthur Bloom did not immediately inform the haemophiliac community that he was treating a patient with a confirmed case of Aids.

For several months Prof Bloom described the case to haemophiliac groups and officials in terms such as ‘possible’ and ‘suspected’.

This was despite Aids being marked as probable on Mr Slater’s medical records.