The first man to orbit the moon has said it was only interesting for 30 seconds and he couldn’t wait to get home to his family.

Frank Borman, 90, said that while his fellow astronauts were mesmerized by space, he was quite bored.

Mr Borman, from Indiana, told This American Life it was simply a ‘battle’ in the Cold War and he had no desire to step foot on the moon. 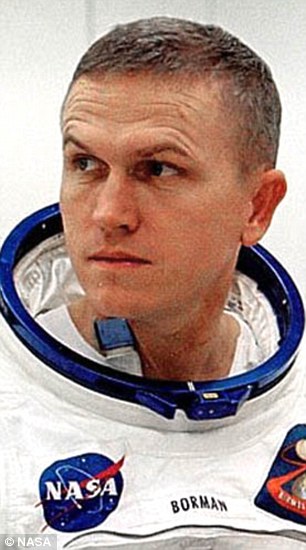 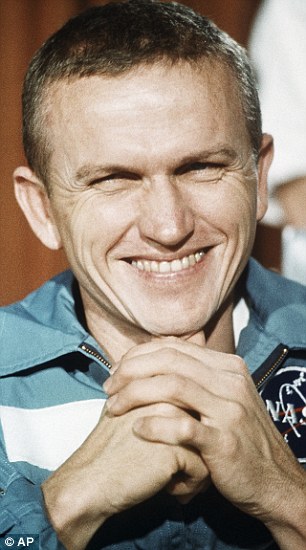 Frank Borman, the first man to orbit the moon, said he was bored in space and missed his family 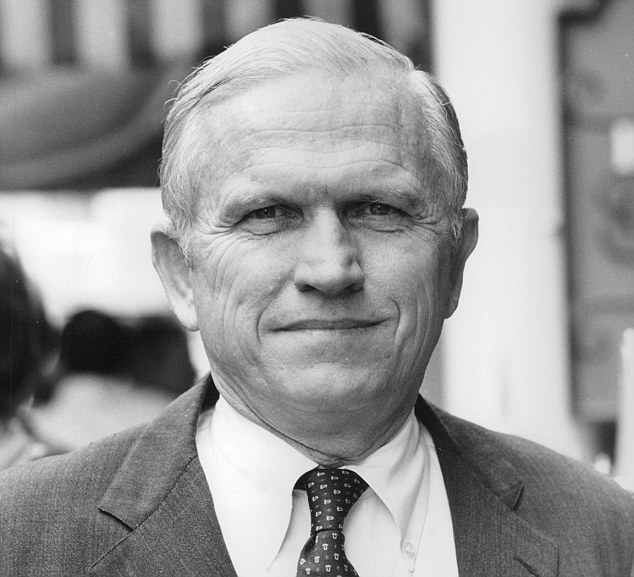 Mr Borman, from Indiana, said it was simply a ‘battle’ in the Cold War and he had no desire to step foot on the moon

Mr Borman, who was the Commander of Apollo 8 mission in 1968, dismissed the sight of the moon as just ‘different shades of gray’ in an interview with producer David Kestenbaum.

He said: ‘Lovell was mesmerized by space and exploration, and wanted desperately to explore the moon. I was there because it was a battle in the Cold War.

‘I wanted to participate in this American adventure of beating the Soviets. But that’s the only thing that motivated me- beat the damn Russians.’

Apollo 8 launched on December 21, 1968, and Mr Borman’s wife Susan stayed at home with their children.

‘And to have your husband and father in the nose of the thing is- I think it was difficult for them.’ 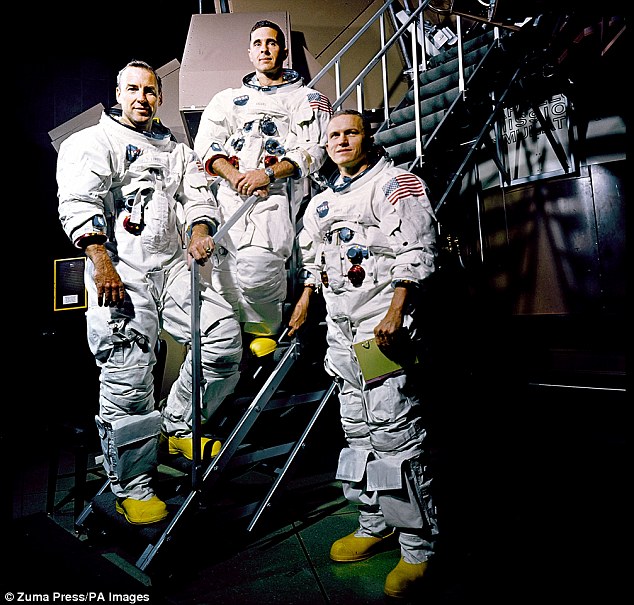 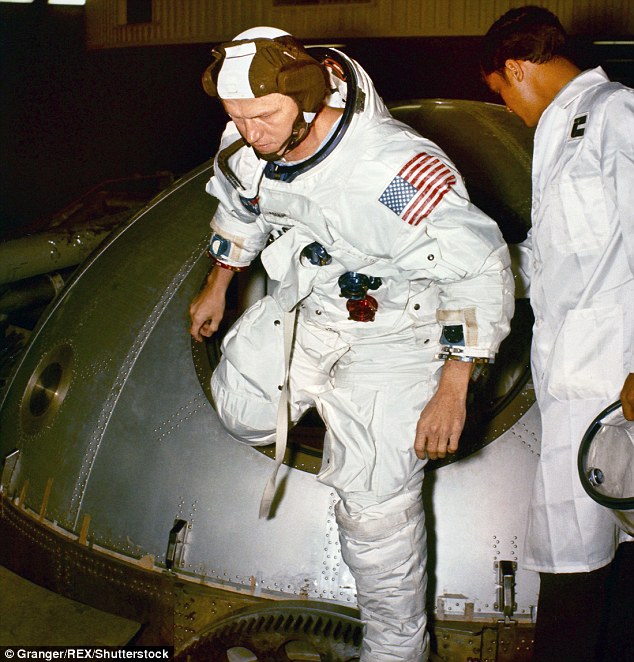 Mr Borman said that while his fellow astronauts were mesmerized by the sight of the moon, he couldn’t stop thinking about his family

When asked if it was ‘cool’ to fly around weightless, Mr Borman replied: ‘No.’

He said it was interesting to watch ‘maybe for the first 30 seconds, then it became accepted.’

And Mr Borman denied ever saying he thought a poet should have been on board. 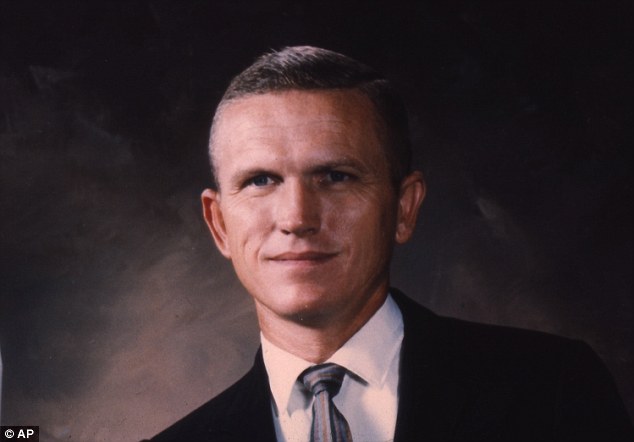 He described the Moon as ‘devastation’ and said it was ‘Meteor, craters and no color at all’

He described the Moon as ‘devastation’ and said it was: ‘Meteor craters, no color at all. Just different shades of gray.’

And Mr Borman revealed he had no desire to step foot on the Moon, as Buzz Aldrin did seven months later.

He said: ‘I would have not accepted the risk involved to go pick up rocks. It doesn’t mean that much to me.

‘Somebody else wanted to do it. Let them take my place. I love my family more than anything in the world.

‘I would have never subjected them to the dangers simply for me to be an explorer.’

Mr Borman said the high point of the flight was looking back on the Earth.

‘It’s 240,000 miles away. It was small enough you could cover it with your thumbnail. 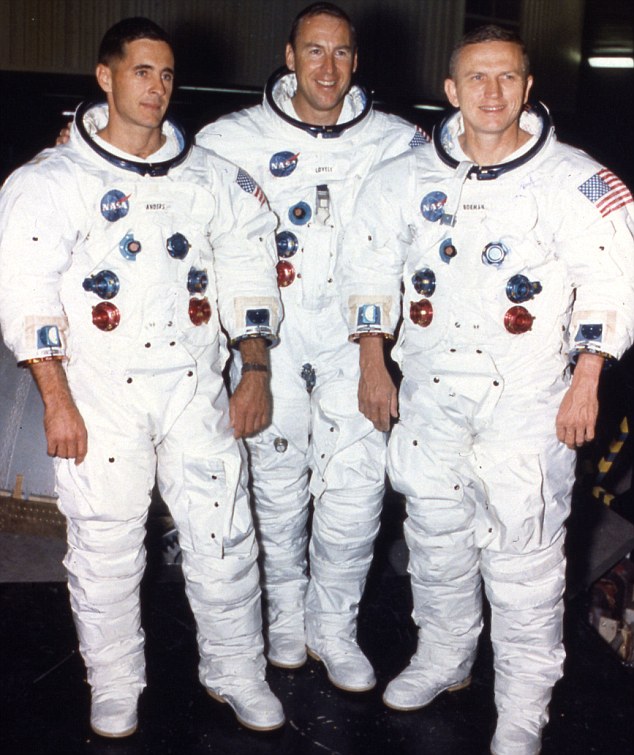 ‘The dearest things in life that were back on the Earth- my family, my wife, my parents.

‘They were still alive then. That was, for me, the high point of the flight from an emotional standpoint.’

He revealed that he barely discussed the space mission with his wife Susan and two sons.

Mr Borman said: ‘It was more important to see the boys and see her. And what have you be doing? We’re back.

‘It was a wonderful time of reunion and emotion, and the last thing from my mind was to tell them what the moon looked like.’

He said they talked about ‘How glad I was to be home, how glad they were to have me back, and how the boys are doing in school, and why the dog’s dish was still full.

‘We got right back to the nitty-gritty’s.’

Frank also says od Star Trek – ‘Nonsense to me. I- it doesn’t interest me.. I’m sorry.’