The basking shark – the second largest fish on the planet – was caught on film two-and-a-half miles off the East Sussex coast. 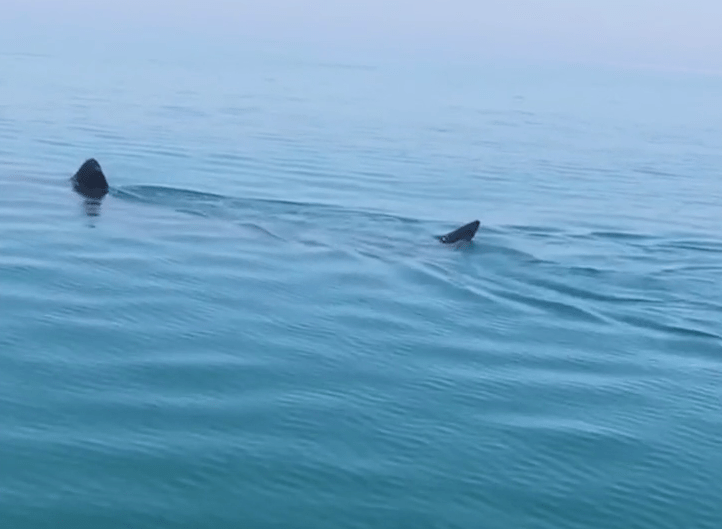 Fisherman Alex Tite, 54, and his 23-year-old son Curtis Templeton-Tite were stunned when the beast circled their small vessel.

Curtis said: "It was amazing because I've never seen anything that big up close before.

"I've been fishing for years with my dad and it's always relaxing but now I've encountered a fish I might not see again in my life.

"It was incredible – our eyes locked onto it straight away and I instinctively started filming. 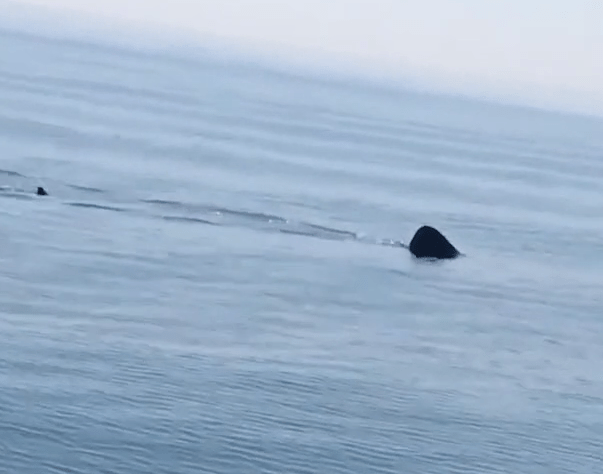 "You could see the whole dorsal fin and its distinctive white spots as it went underneath our boat."

The pair, from Eastbourne, have been fishing off the coast of their hometown for 15 years.

Alex, is a member of the Eastbourne Angling Association and added: "They didn't believe me at first until they realised I was serious and had footage.

"One of the most experienced fisherman I know said he'd seen one – but not for more than 30 years when he was just a little boy. 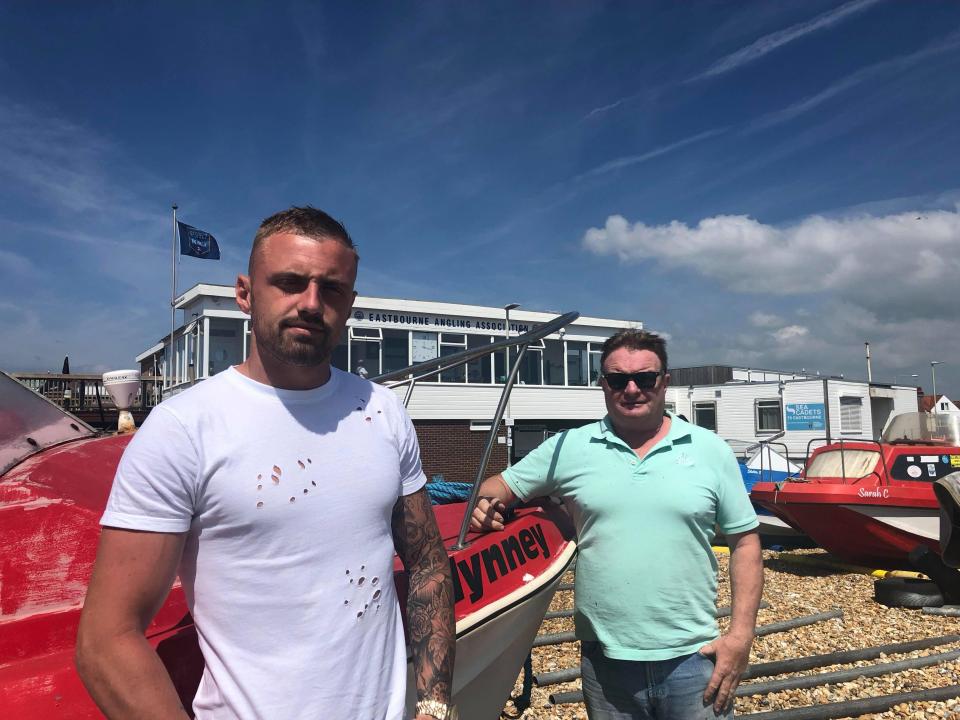 "I don't think it was as big either."

Footage shows the large plankton-eating shark gliding through the clear blue water beside the boat.

It comes just weeks after other images showed a basking shark near a kayaker off the coast of Cornwall. 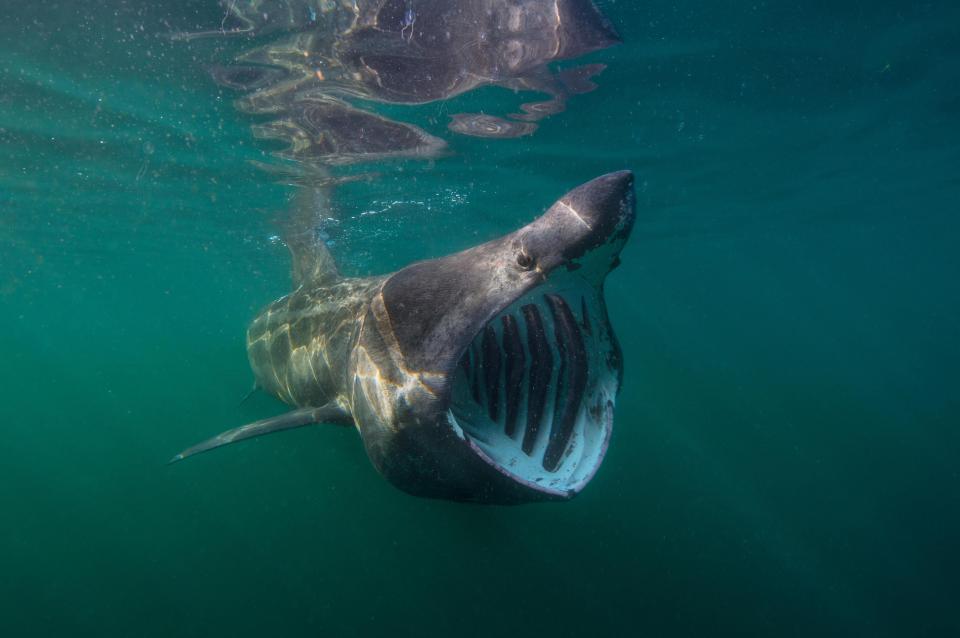