A military cargo plane has crashed onto a busy highway intersection in Savannah, Georgia, killing five people onboard.

The C-130 Hercules cargo plane crashed Wednesday at the intersection of Highway 21 and Crossgate Road at 11.30am on Wednesday morning.

It did not strike any cars on the road which, authorities say, is a ‘miracle’ given the time of day.

The plane belongs to the 156th Airlift Wing which is based at Muñiz Air National Guard Base, in Carolina, Puerto Rico.

The National Guard said at first there were five people onboard at the time. Local Georgia station WTOC cites sources who claimed there were nine people on the aircraft.

It was carrying out a training mission and was on its way to Tucson, Arizona, when it went down and the cause of the crash is not yet known. 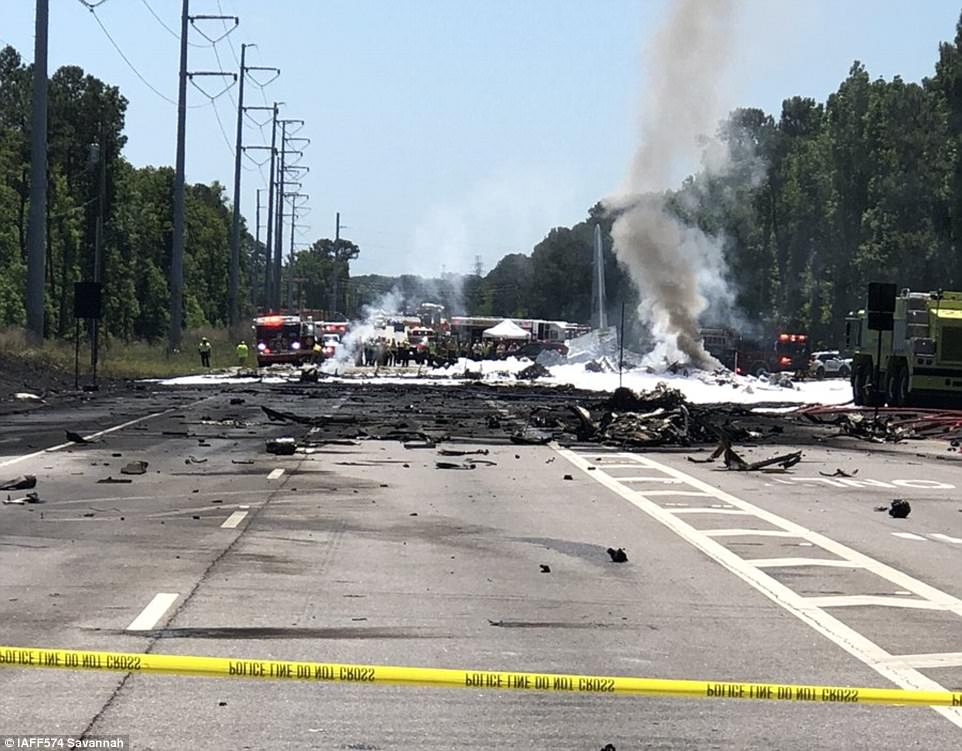 A National Guard cargo plane from Puerto Rico crashed in Savannah, Georgia, on Tuesday morning during a training mission, killing all five people on board 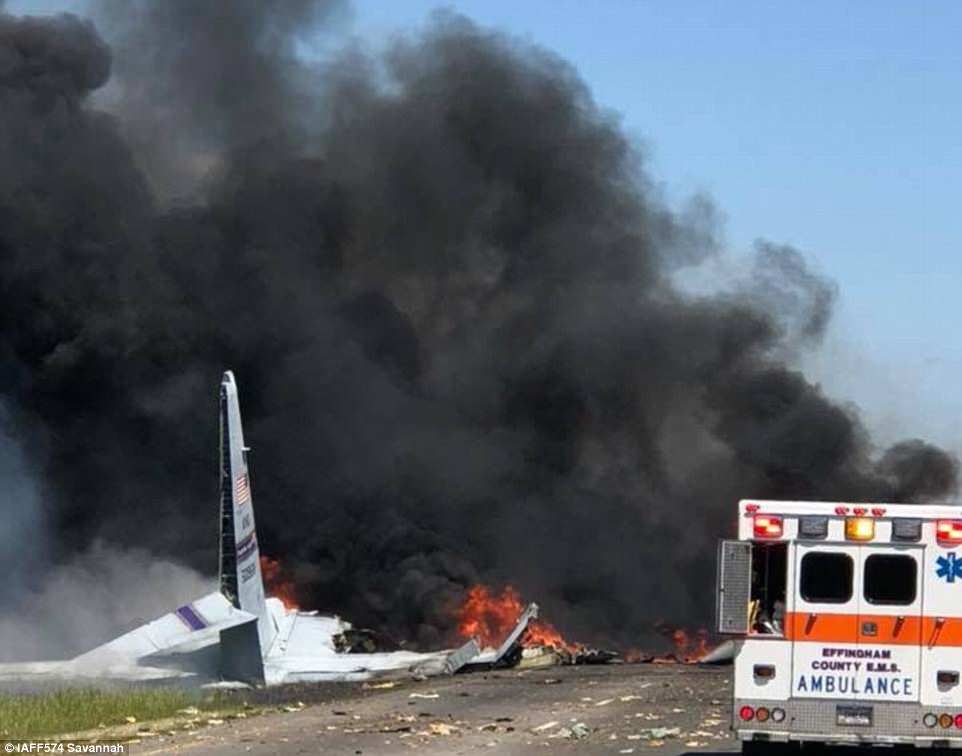 An Air National Guard C-130 cargo plane crashed Wednesday on the side of the road near an airport in Savannah, Georgia

‘While performing a training mission, an U.S. C-130 Hercules cargo plane from the Puerto Rico Air National Guard crashed about 11:30 a.m. today near the Savannah Hilton Head International Airport with 5 people on board,’ the National Guard said in a statement.

‘Personnel are on the scene responding. A board of officers will investigate the accident.’

The plane crashed at the intersection of Georgia 21 and  Crossgate Road which is around 15 miles from Savannah Airport.  The crash has shut down electricity and trains in the area and is likely to impact airport travel.

‘As far as we know there were no cars hit in this crash. It is an absolute miracle at that time of day and at this intersection,’ Chatham County coroner 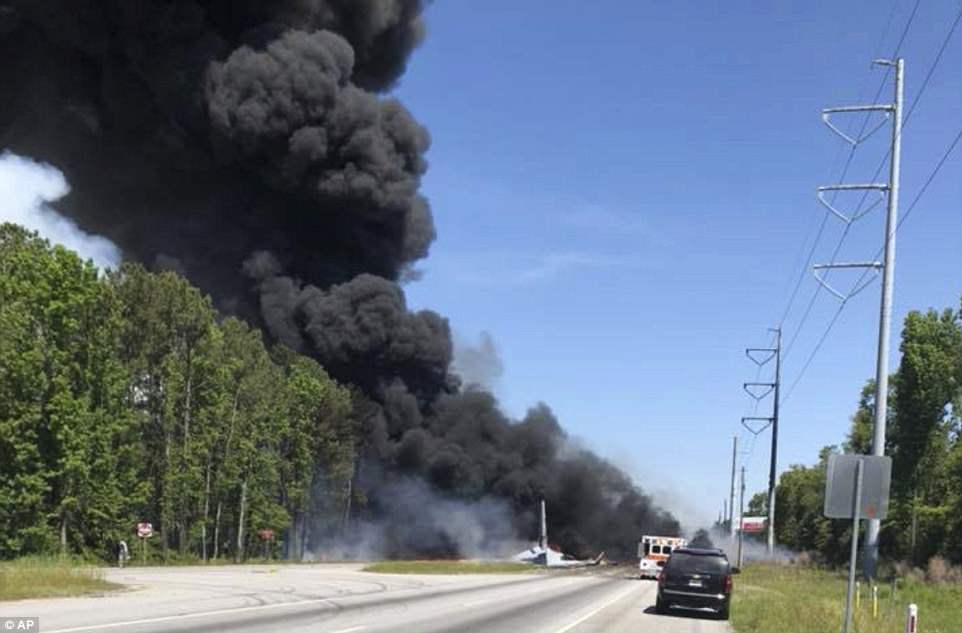 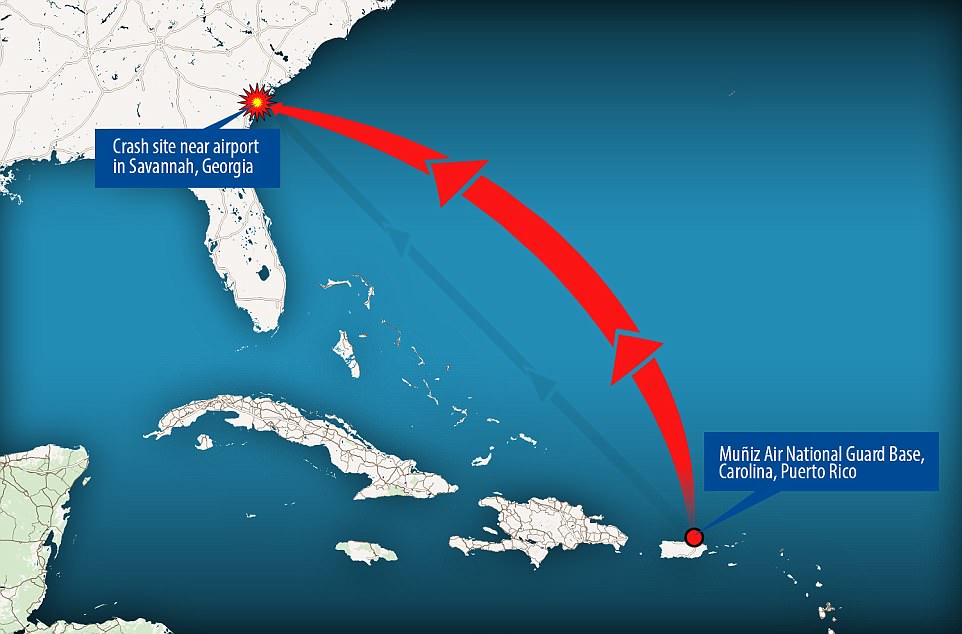 The plane was from Air Lift 156 which is stationed at Muniz Air National Guard Base in Carolina, Puerto Rico

Savannah/Hilton Head International Airport said on social media that some flights were being affected though the crash happened off its property.

The airport advised passengers to check with their airline for updated flight information.

The 156th Airlift Wing in Puerto Rico is home to the Bucaneros- 1,200 National Guardsmen and women are bilingual.

The C-130 is a four engine turboprop military transport plane with a payload of 45,000lbs.

It is considerable in size at 92ft long and with a wingspan of 132ft. 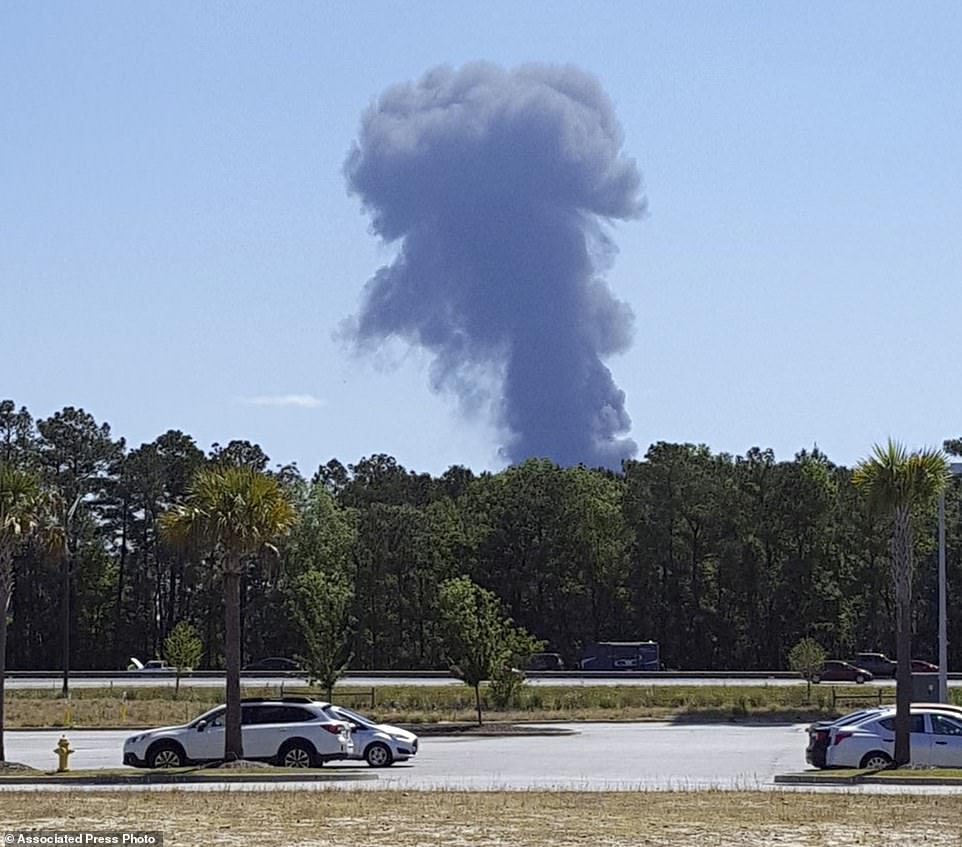 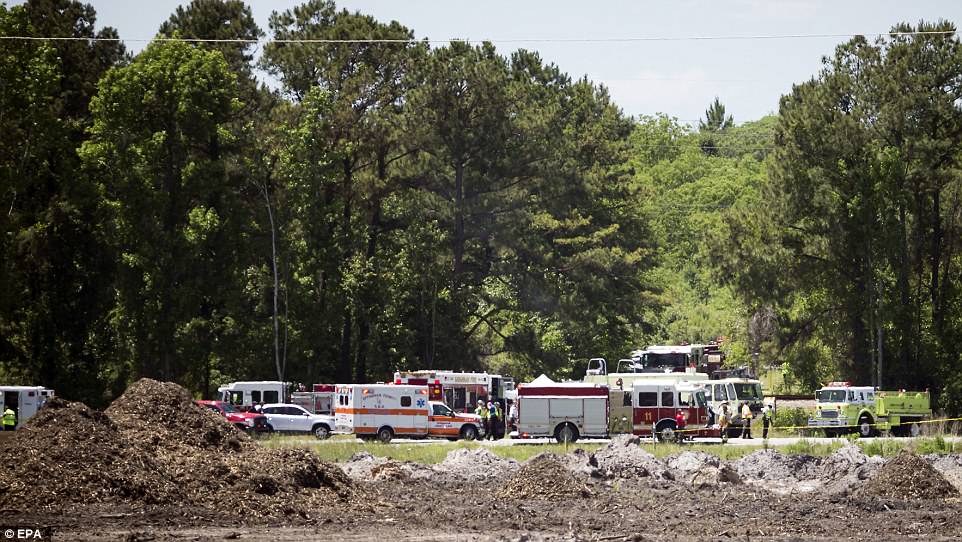 Emergency services rushed to the scene on Wednesday. It remains unclear how many were injured 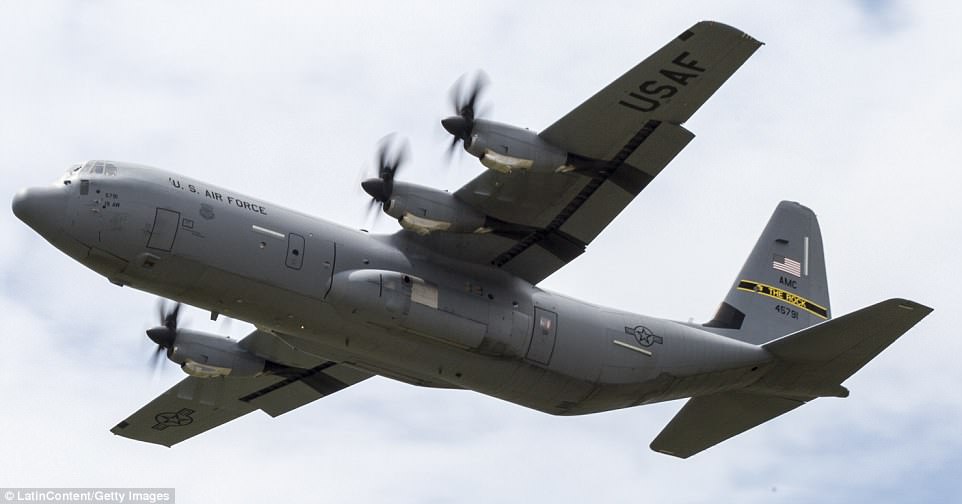