Washington: The Trump administration and its closest intelligence partners have quietly warned technology firms that they will demand "lawful access" to all encrypted emails, text messages and voice communications, threatening to compel compliance if the private companies refuse to voluntarily provide the information to the governments. 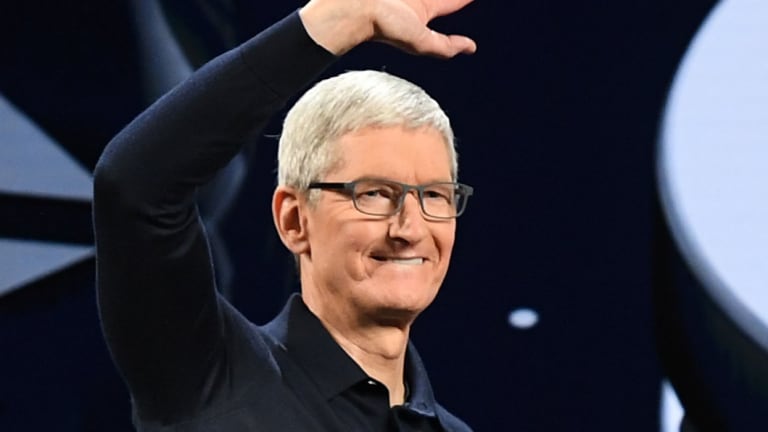 Collectively, they have been frustrated by the spread of encrypted apps on mobile phones and the ability to send encrypted messages through social media and, most prominently, on Apple's iPhones.

The statement said the governments of the nations supported "the role of encryption in protecting" personal rights and privacy.

"Encryption is vital to the digital economy and a secure cyberspace, and to the protection of personal, commercial and government information," the Five Eyes declaration said.

However, it noted the growing problem with encryption and the law.

"The increasing gap between the ability of law enforcement to lawfully access data and their ability to acquire and use the content of that data is a pressing international concern that requires urgent, sustained attention and informed discussion on the complexity of the issues and interests at stake. 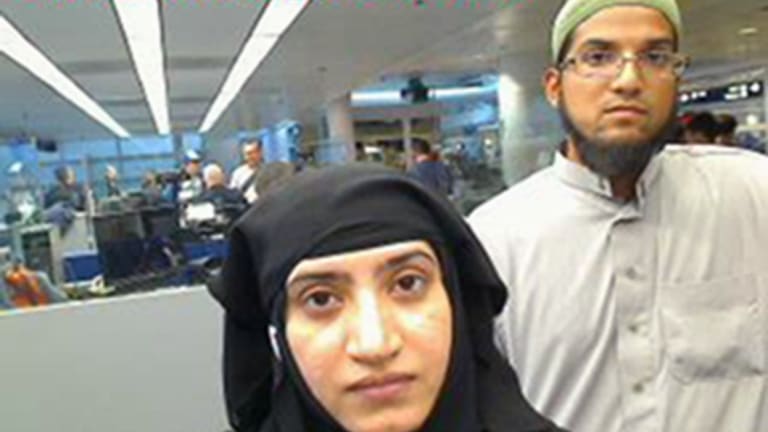 "Otherwise, court decisions about legitimate access to data are increasingly rendered meaningless, threatening to undermine the systems of justice established in our democratic nations."

The issue flared repeatedly during the Obama administration, with the former FBI director, James Comey, warning that law enforcement officials were "going dark" as nefarious actors relied on encrypted channels to discuss or plan criminal activity or terrorist plots. But the Trump administration has said little about the subject, even after the meeting in Australia where the demand was issued in a joint statement by the five nations.

"Should governments continue to encounter impediments to lawful access to information necessary to aid the protection of the citizens of our countries," the joint statement said, "we may pursue technological, enforcement, legislative or other measures to achieve lawful access solutions."

On Wednesday, leaders from two major social media firms, Sheryl Sandberg of Facebook and Jack Dorsey of Twitter, will testify at a Senate Intelligence Committee hearing on curbing election interference by Russia and other powers. The social networks are also expected to answer Republican charges that their firms, and others, use their platforms to emphasise news media sources with liberal bias.

But the new demands by the five nations threaten to rekindle a debate that seized Washington and Silicon Valley after Apple gradually began encrypting more data on its phones. 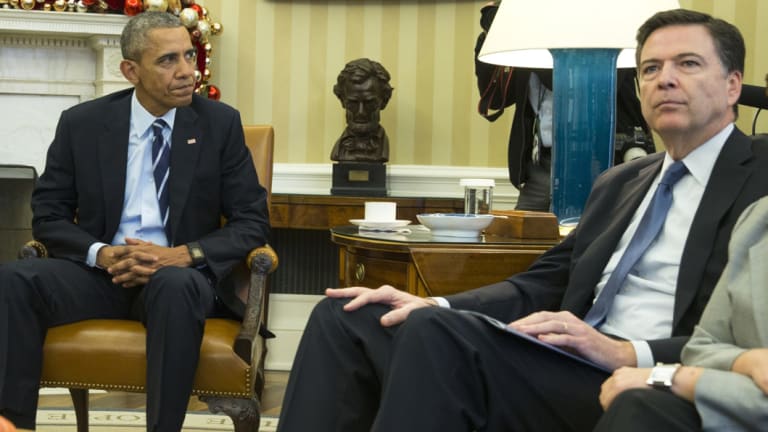 Encryption unresolved. US President Barack Obama and FBI director James Comey in the Oval Office of the White House after the San Bernardino massacre.

At the core of the dispute is whether Apple, Facebook, Google and others should be compelled to provide a "back door" to their products that would allow government investigators to gain access to all communications, with a legal order.

It is far from clear that Congress is ready to take on the technology companies on this issue, especially because more companies and citizens are turning to encryption to protect sensitive conversations and financial transfers.

On Tuesday, staff members of key congressional committees said they had received no briefings on the accord from Australia and questioned how they could construct rules that provided access to all encrypted communications.

One Senate staff member said the memo was unenforceable in its current form.

Facebook and Google were similarly surprised and questioned what sort of measures would be put into place with companies that did not comply.

Facebook did not comment directly on the memo, but referred questions back to a public blog it published in May explaining the company's policies on encryption and why it did not want to create back doors.

"Cybersecurity experts have repeatedly proven that it's impossible to create any back door that couldn't be discovered — and exploited — by bad actors," Facebook said in the blog post. "It's why weakening any part of encryption weakens the whole security ecosystem."

The debate was fuelled in part by Apple's refusal to unlock an iPhone used by one of the attackers in a 2015 shooting in San Bernardino, California, as demanded by the FBI. A year earlier, Comey had cited "concerns" about encryption apps that he described as "companies marketing something expressly to allow people to hold themselves beyond the law."

In response, Tim Cook, Apple's chief executive, contended that once phones or messaging systems were designed to allow legal access, hackers from Russia, China, Iran, North Korea and elsewhere would use the breach to pry their way in, destroying technology devised to protect privacy.

"It's our job to provide you with the tools to lock up your stuff," Cook said in an interview in 2015.

He tried, unsuccessfully, to convince former President Barack Obama that there was no safe technological way to create back doors; Apple deliberately does not retain the keys to unlock those communications, so they can tell investigators, or the courts, that they are unable to comply with demands for access.

But Obama left office without resolving the issue of the government's ability to compel access. Both Trump and his rival in the 2016 presidential election, Hillary Clinton, sided with law enforcement authorities on giving access to the government.

One Facebook official, who asked not to be named because he was not authorised to speak to the press, said that the memo from Australia had no teeth and was part of an escalating war between government officials and Silicon Valley over access to people's private data.