Owners of million-pound flats overlooked by the Tate Modern have gone to court in a bid to stop ‘hundreds of thousands of visitors’ seeing directly into their homes.

The leaseholders of four flats at the Neo Bankside development says the gallery’s viewing platform ‘unreasonably interferes with their use of their flats’.

Five claimants are seeking an injunction requiring the Tate to prevent visitors from observing their flats by ‘cordoning off’ parts of the platform or ‘erecting screening’.

But the gallery’s board of trustees argues the ‘obvious remedy for being overlooked is to draw the blinds provided in their flats and, as necessary, to put up curtains’. 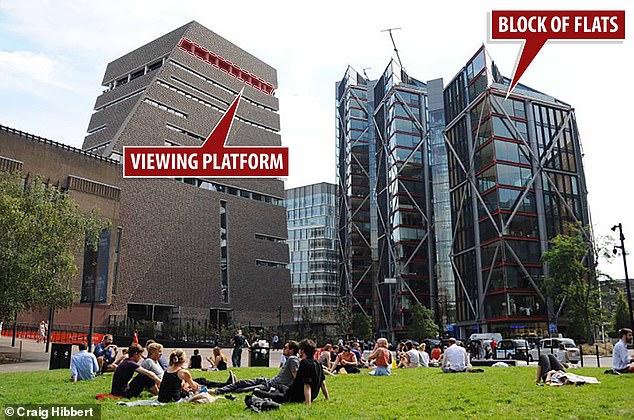 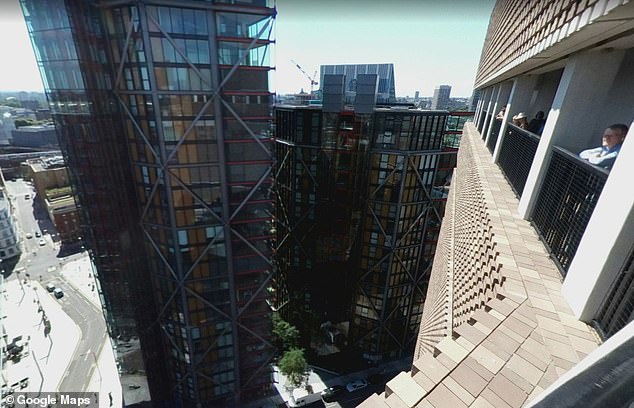 It adds the expansion on London’s Southbank ‘will no doubt have contributed to the value’ of the flats at Neo Bankside, which sell for between £2million to £19million.

It further argued that flat owners ‘cannot pick and choose’ which aspects of local developments they do or do not like.

An extension to the Tate Modern, which opened in 2016, features an enclosed walkway around all four sides of the building offering ‘360 degree views of London’.

Housed within the Blavatnik Building, the viewing platform was visited by as many as one million people per year.

Mr Weekes said visitors ‘subject the flats to an unusually intense visual scrutiny’, with some ‘using binoculars and zoom lenses’ to look into the flats. 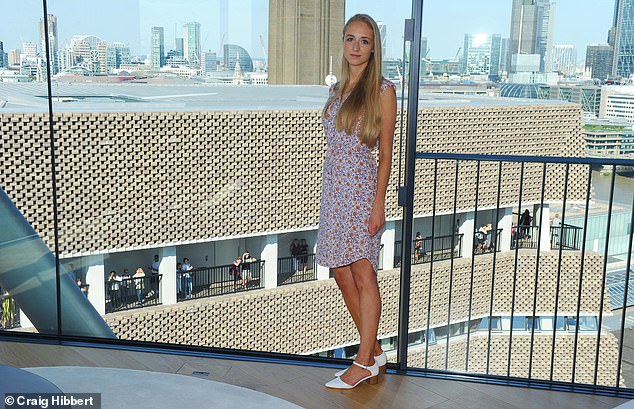 The Mail on Sunday’s Charlotte Wace on the 21st floor of Neo Bankside, showing how people on the viewing platform can look right into the flat

Another said that ‘on one occasion, he counted 84 people photographing the flats over a period of just over one-and-a-half hours’.

He also ‘discovered that a photo of himself had been posted on Instagram to 1,027 followers’, Mr Weekes said.

Mr Weekes submitted that ‘the use by the public of the viewing platform makes, at most, only a modest contribution to [the Tate’s] performance of its statutory objects’.

He claimed that ‘very little of value would be lost’ if visitors were excluded from the overlooking parts of the platform.

Guy Fetherstonhaugh QC, for the Tate, said ‘the claimants’ remedy for what they perceive to be a nuisance lies in their own hands’. 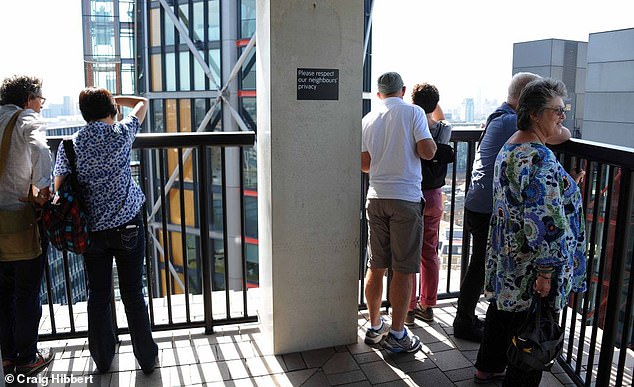 An extension to the Tate Modern, which opened in 2016, features an enclosed walkway around all four sides of the building offering ‘360 degree views of London’

He added that the claimants complained about having to draw the blinds or put up curtains, but pointed out that ‘there is no right to a view’.

In written statements to the court, one of the claimants Lindsay Urquhart said: ‘It breaks my heart to think that on the rare occasion that I have forgotten to draw the blinds, and my daughter has been in the kitchen or living room, that people have been able to film and photograph my little girl in her own home and to upload the images onto the internet for anyone to see.’

She added: ‘I feel as though my life revolves around the viewing platform’s opening hours.’

Another claimant, Gerald Kraftman, said: ‘I worry where the images will end up, particularly when I have children and grandchildren in the apartment, so I tend to always keep the blinds closed.’

Mr Kraftman said that ‘if this claim is unsuccessful, I feel, very regretfully, that I will have no option but to try to sell my apartment’.

The hearing will resume on Monday morning. 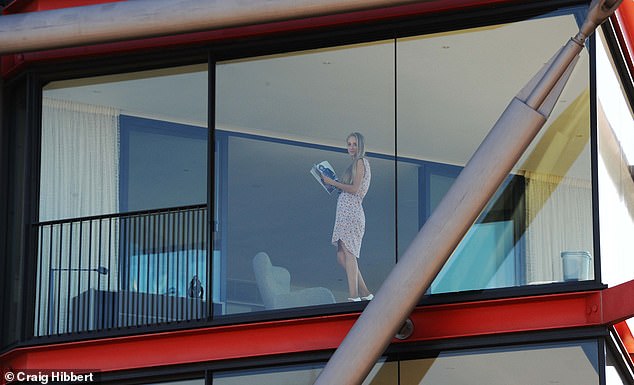