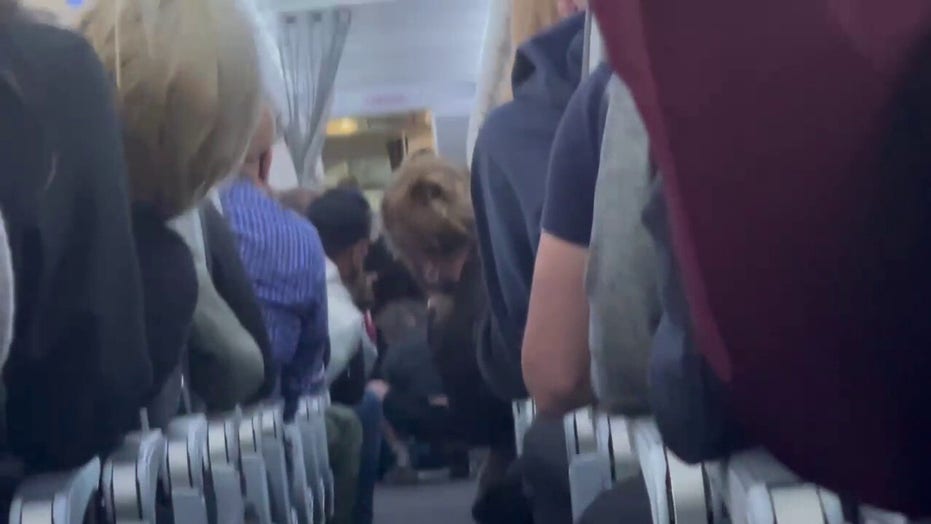 A flight from Los Angeles to Washington, D.C. had to be diverted to Kansas City after a man became disruptive on Sunday afternoon. (Courtesy: Mouaz Moustafa/@soccermouaz).

Passengers and flight attendants had to subdue an unruly passenger who allegedly tried to open a plane’s door and get into the cockpit on a flight from Los Angeles, California, to Washington, D.C., on Sunday afternoon.

The flight was diverted to Kansas City shortly after 2:00 p.m.

“He was trying to but he couldn’t get to it,” an airline official told passengers when asked about the man trying to get into the cockpit. “Then he tried to, he actually tried to open the plane door.”

Mouaz Moustafa, a passenger on the plane, said everything was calm until a flight attendant suddenly yelled to a colleague to turn on all the lights and the plane started “descending very, very, very rapidly.” 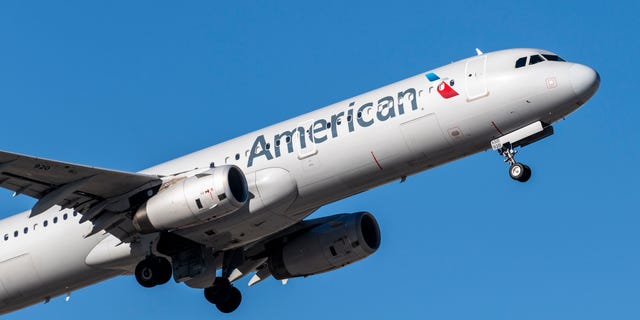 The FBI and other law enforcement agencies were awaiting the unruly passenger when the plane landed in Kansas City.

“We’re grateful to our crew members, who are consistently dedicated to the safety and care of our customers and who handled the circumstances with the utmost skill and professionalism,” an American Airlines spokesperson told Fox News Digital in a statement.

All the other passengers had to deplane while the FBI completed a security check.

“Honestly, today, I thought that I was going to die,” he said of the descent.

The FBI did not respond to a request for comment on Sunday.