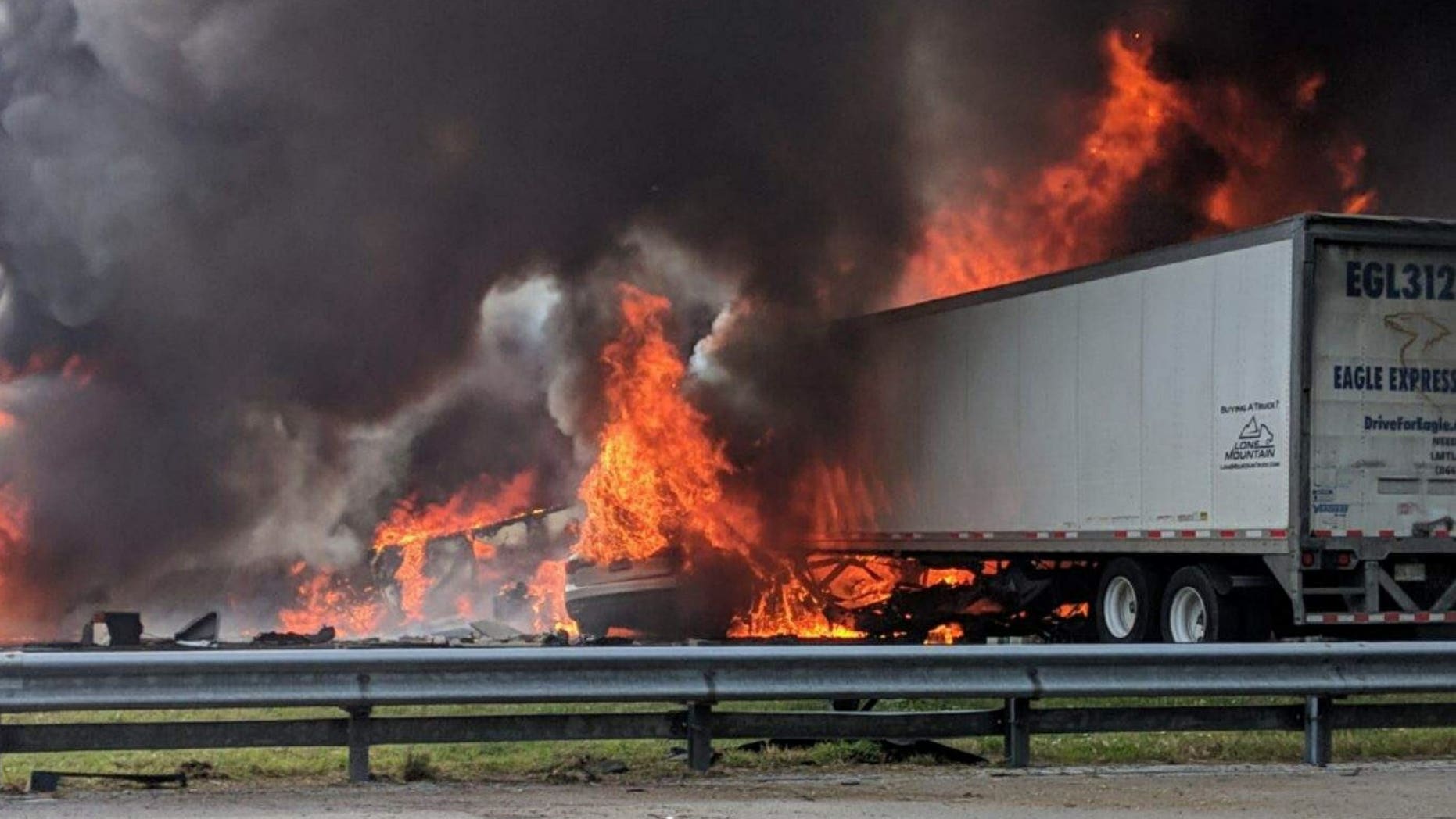 Flames engulf vehicles after a fiery crash along Interstate 75, Thursday, Jan. 3, 2019, about a mile south of Alachua, near Gainesville, Fla. Highway officials say at least six people have died after a crash and diesel fuel spill sparked a massive fire along the Florida interstate.
(WGFL-Gainesville via AP)

Authorities say the deadly Florida interstate crash that left at least seven people dead is currently being treated as a homicide and may have involved a van with a group of children heading to Disney World.

Two big rigs and two passenger vehicles collided about a mile south of Alachua, near Gainesville on Thursday, sparking a massive fire fed by about 50 gallons of diesel.

Fire Rescue said that “multiple patients” had suffered “critical injuries,” but did not specify how many. Authorities initially said six had died but late Thursday night revealed a seventh victim had perished. The condition of the injured people remains unknown.

The authorities are treating the crash as a homicide investigation, though it remains unclear the reasons why. 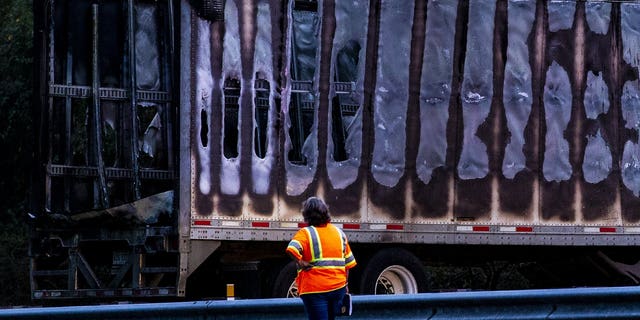 Alachua County Sheriff’s spokesman Art Forgey told the Star-Banner that the agency is still verifying the dispatch records that indicate one of the vehicles carried a group of children to Disney World.

He noted that other vehicles that traveled with the same group weren’t involved in the crash.

Some people passing through the interstate described some of the scenes after the crash. Nicole Towarek, a student who was on a holiday trip from Fort Myers to Atlanta, told The Gainesville Sun that the scenes completely changed after the crash, with black smoke billowed and people being laid out near vehicles.

“We kept seeing these little explosions and fire,” she said. “The heat, it was insane.”

“We kept seeing these little explosions and fire. The heat, it was insane.”

A spokesman for the Florida Highway Patrol told the Associated Press that the top priority at the moment is to verify the deceased victims. It remains unclear if the victims died as a result of the crash or the fire that came after the collision.

“There’s going to be families that need to be notified that their loved ones have perished,” said Lieutenant Patrick Riordan.

Riordan previously told the Sun that some of the fatalities “were in at least one of the passenger vehicles.”

The Alachua County Sheriff's Office dispatched earlier a helicopter to look for potential victims in the woods off the highway.

Thursday’s crash has been the worst incident on the interstate in Alachua county since January 2012 when 11 people died in a crash.

Following the crash, officials at the time installed cameras, sensors and large electronic signs to prevent crashes like that from ever happening again.