This heartbreaking footage shows a runner risking his life to save a beached dolphin.

Paul Gardiner, 45, who is from South Africa, spotted the animal writhing in agony while on a run on near a beach in Kleinemond, on South Africa’s Eastern Cape.

Mr Gardiner, who is currently based in Surrey and works at the Bear Grylls Survival Academy, said he only thought about the dolphin’s welfare when he went to save it – even thought the coastline where it was beached is known to be dangerous. 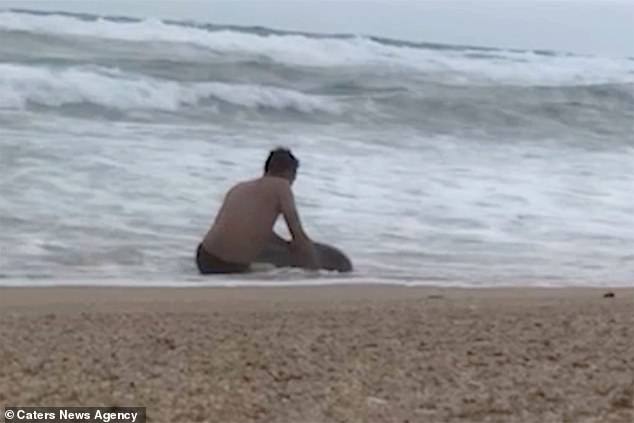 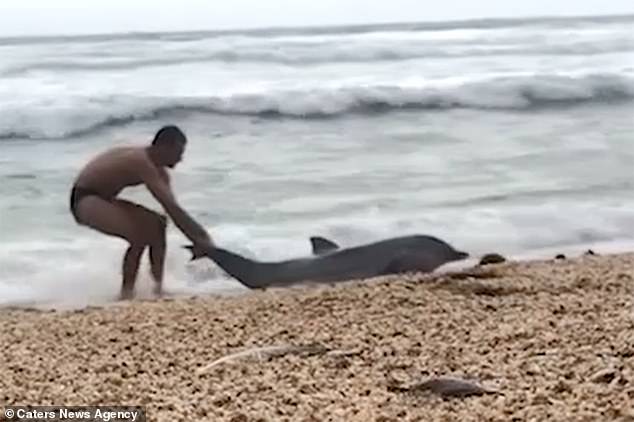 Mr Gardiner, from South Africa, was on a run near the beach in Kleinemond when he spotted the dolphin

After 90 minutes of desperately trying to get the dolphin back into the water, Mr Gardiner’s best efforts failed after the animal died of exhaustion.

The 45-year-old said: ‘I was about six kilometres into my run when I noticed the dolphin beached on the sand.

‘The weather was really stormy so I presumed that’s what had caused it to wash up and I thought it was dead.

‘But when I went up and saw it was still alive, it was my natural instinct to help it despite the potential dangers. 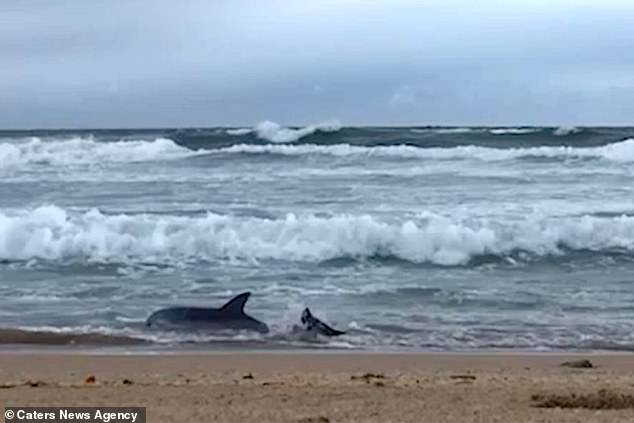 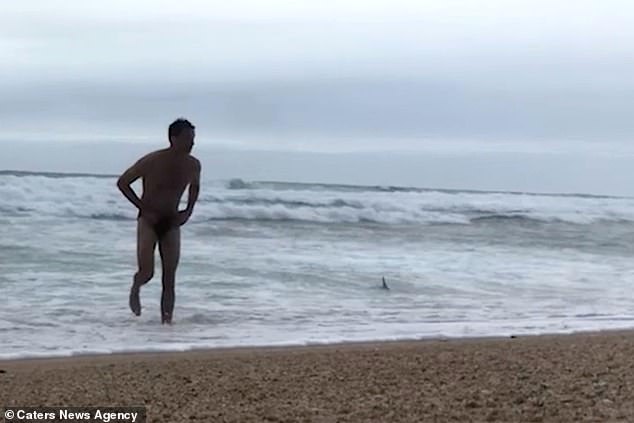 ‘Only 20 per cent of wildlife actually go on to live after washing up on the shore.

‘I grew up around animals so I get easily attached to them.

‘I was very emotional when it didn’t make it – it was difficult to walk away.’

Rainer Schimpf from AB Marine and Expert Tours heard about the ordeal and applauded Mr Gardiner’s efforts to save the dolphin.

He said: ‘Paul did the best he could but safety for humans is always number one – he would have put his own live in danger had he swam out the dolphin deeper into the water.

‘This video shows that there is a connection between dolphins and humans and that we can always try do to our best helping each other.’