For more than two decades, SweetWater Brewing Company’s best-seller has been its floral 420 Extra Pale Ale, the numerals slyly nodding to the beer’s April 20 birth date and the brewery’s fondness for marijuana: 420 is drug-subculture slang for cannabis.

“We’ve had to hide these things,” said Freddy Bensch, who helped found the Atlanta brewery in 1997.

In June, SweetWater removed the cloak by releasing 420 Strain G13 I.P.A. It mimics the dank pungency of the G13 variety of marijuana — minus the high — by blending hops, hemp flavor and terpenes, organic compounds that are responsible for the distinctive fragrances of plant products from oranges to pine trees to, yes, cannabis.

“There’s nothing better than watching a consumer pop a G13 cap, put it to his nose, take that first smell and see his eyes light up,” Mr. Bensch said. Within two months, G13 became SweetWater’s second-best-selling draft beer available year-round.

As state regulations on marijuana have relaxed and recreational use has become legal in several places (most recently Michigan and Canada), breweries have been looking for ways to use cannabis or its derivatives in beverages. The players range from conglomerates like the Corona importer Constellation Brands, which has invested $4 billion in the Canadian marijuana producer Canopy Growth, to small craft brewers.

“It’s not that often that you see an area that’s so wide open,” said Gerry Khermouch, the editor of Beverage Business Insights.

This fast-moving quest for a potential windfall is also a confusing one, because laws and enforcement can conflict and change. Federal law forbids mixtures of alcohol and THC, marijuana’s psychoactive component; brewers are trying to get around that by putting THC into nonalcoholic drinks, and infusing alcoholic beers with other cannabis byproducts.

Breweries say they are willing to leap over legal hurdles, in part, because cannabis and its associated compounds can deliver novel aromas, flavors and experiences. This allows beers to differentiate themselves in a crowded market. “It’s like a whole new world of hops has opened up,” Mr. Bensch said.

That world is rooted in a familiar relationship: Marijuana and hops — the flowers that impart bitterness, aroma and flavor to beer — both belong to the Cannabaceae plant family. Many varieties of marijuana and hops share aromatic signatures, from citrusy to resinous.

“Craft brewing and marijuana have always been very closely connected,” said Tony Magee, the founder and chairman of Lagunitas Brewing Company, in Petaluma, Calif. “There’s something about craft brewing that’s essentially part of the counterculture.” 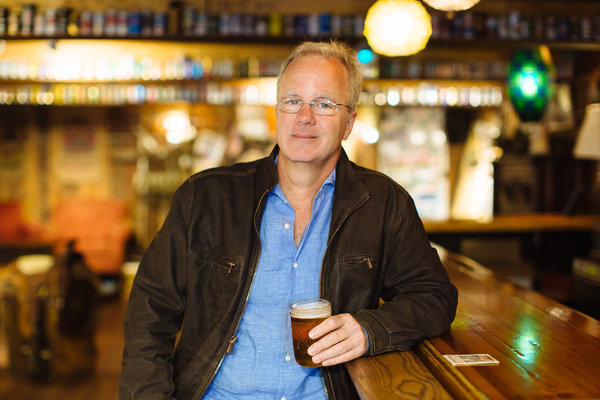 Lagunitas, founded in 1993, has long championed cannabis. It calls its experimental beers the One Hitter Series, referring to a small marijuana pipe. Its copper ale was renamed Censored in 2002 after the federal government banned a proposed label for Kronik, a variation on a cannabis nickname.

Since California legalized recreational use of marijuana last January, Lagunitas (now owned by Heineken) has entered the cannabis marketplace with Hi-Fi Hops, a collaboration between the brewery and cannabis-extract manufacturer CannaCraft. Released in July, the drink is a hopped sparkling water infused with THC and packaged in 12-ounce bottles.

Hi-Fi Hops comes in several different strengths and is sold only in marijuana dispensaries, where cannabis drinks accounted for $58 million in nationwide sales last year, according to the firms Arcview Market Research and BDS Analytics. That may seem minuscule compared with overall American beer sales — $111 billion last year, according to the Brewers Association — but Mr. Magee is playing the long game.

“There’s a generational change happening that’s taking the handcuffs off marijuana,” said Mr. Magee, who envisions a future in which beer and marijuana are sold on a level playing field. “I think THC beverages will be competitors for beer.”

That may require transforming Americans’ attitudes toward marijuana. “Right now, there isn’t a socially acceptable way to consume cannabis with friends and family,” said Keith Villa, who retired this year from MillerCoors, where, as head brewmaster, he created the influential Blue Moon Belgian White.

He hopes to change that: In March, Mr. Villa announced the creation of Ceria Beverages, a company in Arvada, Colo., that will make nonalcoholic craft beers infused with small doses of THC. The first, a Belgian-style white ale called Grainwave, will go on sale in Colorado dispensaries in mid-December, with five milligrams of THC (a standard amount for edibles like gummies) per 10-ounce bottle.

“People should be able to drink our beers and experience the onset in about eight or nine minutes, which is similar to alcohol,” Mr. Villa said. The goal is enjoyment, not inebriation. “You can easily have a couple of bottles while watching the Yankees game.”

Beer makers have also been wooed by cannabidiol, or CBD, the nonintoxicating cannabis byproduct that has become a darling of the wellness industry, billed as a remedy for pain, anxiety, acne and depression.

An early and prominent proponent of CBD-infused beer is Coalition Brewing, of Portland, Ore. In 2016, the brewery released the bitter, citrusy Two Flowers I.P.A., containing hemp juice and four milligrams of CBD per 12-ounce serving. (It removed the hemp juice after federal rules changed.)

The company says it was eager to explore the biological similarities between hops and cannabis, and highlight their crossover aromatics and flavors. “We did not want to make a gimmick beer,” said Phil Boyle, the general manger and an owner. “We wanted to make a beer that could stand by itself, irrespective if it had CBD or not.”

Simply adding CBD to beer may not guarantee sales. “If I’m a user of CBD, I’m probably not looking for it in an alcoholic beverage,” said Chris Furnari, the editor of Brewbound, which covers the beer industry. “It’s similar to looking for protein in your vodka or beer.”

Coalition has altered its formulations several times to comply with changing laws. In March, the federal government ordered Long Trail Brewing Co., in Vermont, to stop sales of a CBD-infused beer called Medicator because nonstandard beer ingredients such as hemp require special approval. A similar fate befell Black Hammer Brewing in San Francisco; in May, it ceased production of its CBD beers.

The federal government also forbids brewers to add THC to products produced at their breweries. So for its Hi-Fi Hops, Lagunitas ships its hop-infused water to another company, AbsoluteXtracts (a division of CannaCraft), which doses it with THC and packages it under the Lagunitas name.

There’s always a fear that brewers will undercut their own products, but Mr. Bensch doesn’t believe that cannabis will cannibalize beer sales.

“We think the drinker and the cannabis consumer are the same person,” Mr. Bensch said. “There’s no reason they can’t smoke a joint and drink a beer at the same time.” 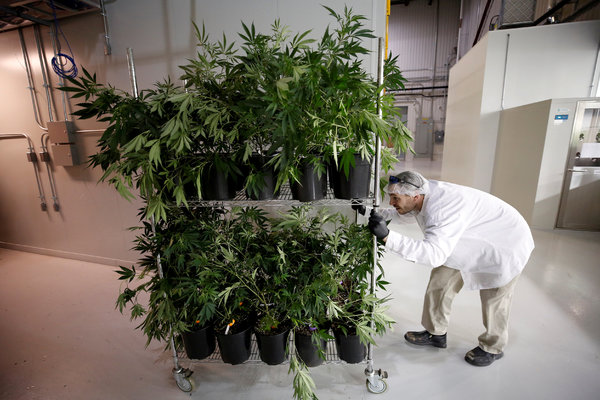 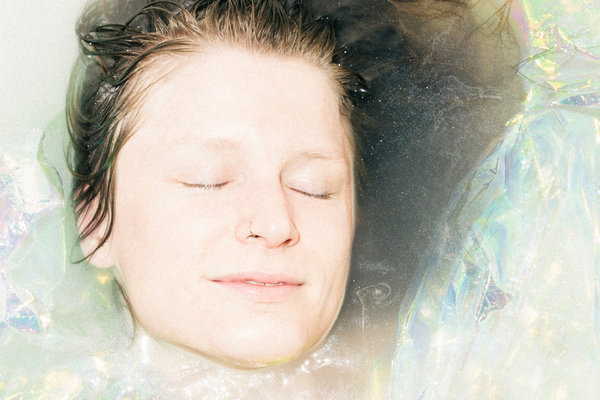 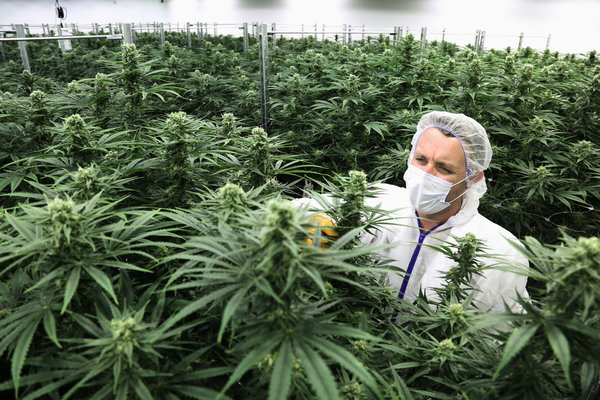