British foreign aid bosses exaggerated how many lives its spending has saved – bumping the figures up by 23,000

British foreign aid chiefs exaggerated the number of lives they saved around the world, an official watchdog has found.

The Department for International Development (Dfid) is accused of failing to come clean after realising its figures were flawed.

Between 2011 and 2015, Dfid had a target of preventing the deaths of 50,000 women from complications in pregnancy and childbirth.

Aid bosses boasted in the department’s annual report that they had achieved more than double this, saving 103,000 mothers’ lives during the five-year period.

But the Independent Commission for Aid Impact (Icai), which scrutinises aid spending, warned that this claim was flawed and based on unrealistic assumptions. 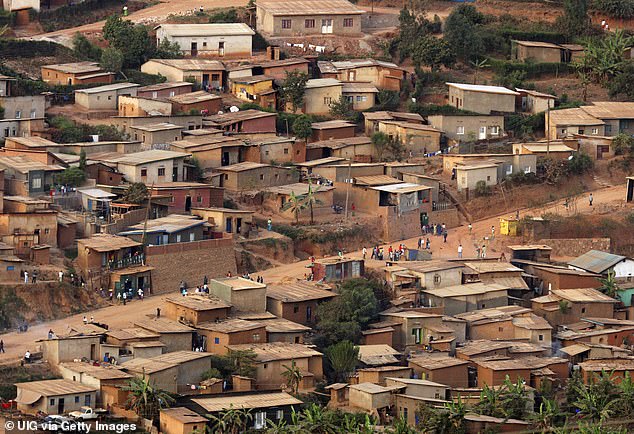 British foreign aid chiefs exaggerated the number of lives they saved around the world, an official watchdog has found (pictured: Kigali, Rwanda)

It found that officials working at Dfid later realised their estimate was too high and revised the figure down by almost 23,000 to 80,100 – but failed to make this public.

Icai also criticised Dfid for focusing its efforts too much on family planning measures, such as offering contraception and abortions, rather than improving hospital care for women giving birth.

For example, Dfid calculated that its aid programmes in Malawi, in south-east Africa, had saved 10,100 mothers’ lives between 2011 and 2015, but Icai said this figure was ‘very likely too large’.

In total, around 75 per cent of the mothers’ lives Dfid estimated that it had saved around the world were as a result of family planning interventions, such as contraception or abortions.

But Icai questioned the modelling used, which, for example, did not take into account factors such as the age of the women.

It added: ‘We find that the intensive focus on family planning, while valuable in its own right, has left the wider maternal health portfolio without a balanced approach across the different interventions that are needed to achieve significant reductions in maternal mortality over the medium to long term.’

Dr Alison Evans, Icai’s chief commissioner, who led the review, said: ‘Every year, more than 300,000 women die from complications related to pregnancy and childbirth and the majority of these deaths are in the poorest countries.

‘The UK is clearly committed to improving maternal health, and Dfid has successfully expanded access to crucial services. However, given the ambition, need and level of investment, the programmes fell short of what was required to achieve adequate progress.’ 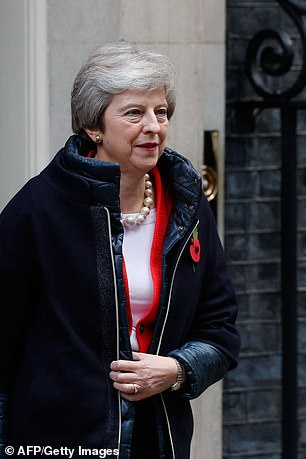 Theresa May announced during the general election campaign last year that the Government would keep the controversial target to spend 0.7 per cent of national income on foreign aid

Projects funded by Dfid include a £109.9million scheme to improve basic health care, family planning and the skills of health workers in Malawi.

Ministers have been under pressure to improve how the overseas aid budget is spent following Theresa May’s announcement during the general election campaign last year that the Government would keep the controversial target to spend 0.7 per cent of national income on foreign aid.

Figures released earlier this year showed Britain is one of only seven countries around the world to meet the target.

Dfid said last night that its estimates of lives saved were based on the best possible information available at the time.

A spokesman said: ‘The UK is a global leader on supporting sexual and reproductive health and women’s rights and thanks to UK aid, millions more women now have access to contraception.

‘We welcome Icai’s acknowledgement that UK aid is helping women around the world access the life-saving services they need, but it is disappointing the report has made some generalisations from a selected portion of our programming and also does not fully reflect the full impact of our work, especially in recent years.’