How many other CV conmen are still out there? Questions raised after former builder who used fake CVs to become an NHS boss and make £1million (which a judge says he can keep because he earned it)

Jon Andrewes was appointed chairman of the Royal Cornwall Hospitals NHS Trust (RCHT) ahead of 117 other candidates.

No one on the high-powered panel, who conducted two interviews with Mr Andrewes, had any doubts they had chosen the right man for the job.

‘Outstanding’ is how they described him.

His CV — experience aside — pointed to a man of considerable intellect and academic prowess; the letters after his name alone took up much of the alphabet… joint first-class honours and master of philosophy degrees from Bristol University… an MBA (Master of Business Administration) from Edinburgh… a PhD from Plymouth University… a diploma from the Chartered Institute of Management Accountants.

Mr Andrewes sounded as impressive as he looked on paper. 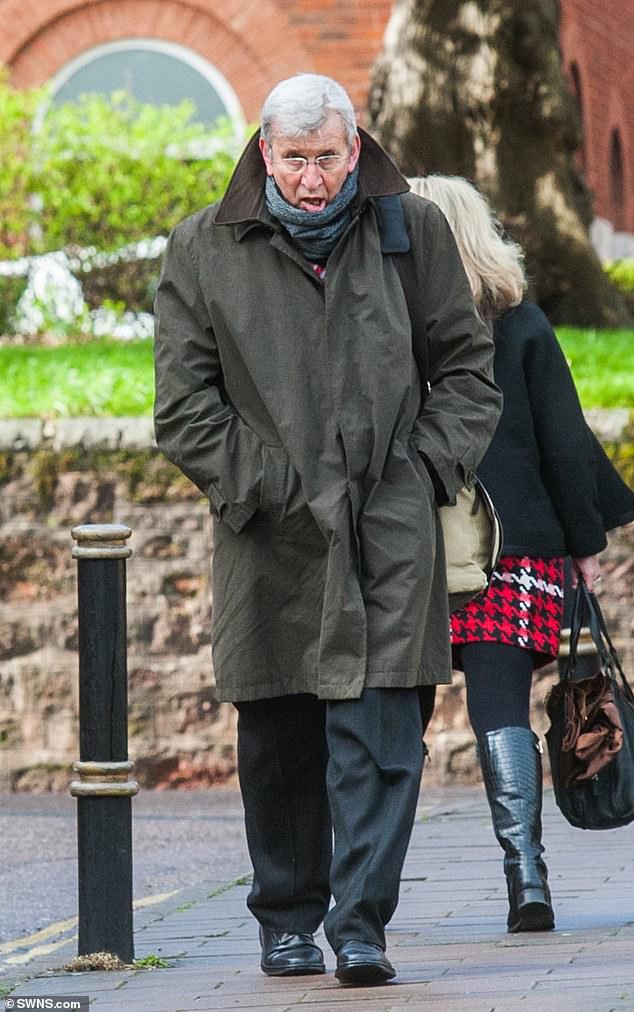 His ‘outwardly prestigious life’ was based on lies. Jon Andrewes, 67,  (pictured) pleaded guilty to two counts of fraud after he told ‘staggering lies’ about his academic qualifications and experience to win a string of top-level positions in the NHS

‘It is a privilege to have the opportunity to work with the communities in Cornwall and the Isles of Scilly to provide outstanding health and social care services,’ he said in a statement shortly before taking up his duties in 2015. ‘I will listen and engage with patients, clinicians and the wider community to improve care for the people we serve.’

The RCHT has a budget of about £380 million and employs 5,000 staff at three hospitals.

It was the latest in a string of top-level positions Mr Andrewes held in the NHS. He also chaired the Torbay NHS Care Trust where he worked for the best part of a decade.

But Andrewes should never have got any of these jobs. For his qualifications were made up.

How a man who started life as a builder before gaining a diploma in social work — his only real academic achievement — rose to such prominence in the NHS on the back of fabricated credentials is a source of continuing embarrassment.

Andrewes, 67, was forced to quit claiming ill-health a year into his tenure at Cornish Trust, prosecuted for fraud and obtaining pecuniary advantage by deception and jailed for two years.

Only now, after the final chapter in the scandal unfolded this week, can the full story behind what the original trial judge at Exeter Crown Court called his ‘outwardly prestigious life’ — based on a ‘series of staggering lies’ — be revealed.

Those ‘lies’ helped him earn £1 million (before tax) in 12 years, not just from the NHS but also from a number of charities he ran; most of it has been spent. Any available assets (more than £96,000) were confiscated under the Proceeds of Crime Act two years ago. 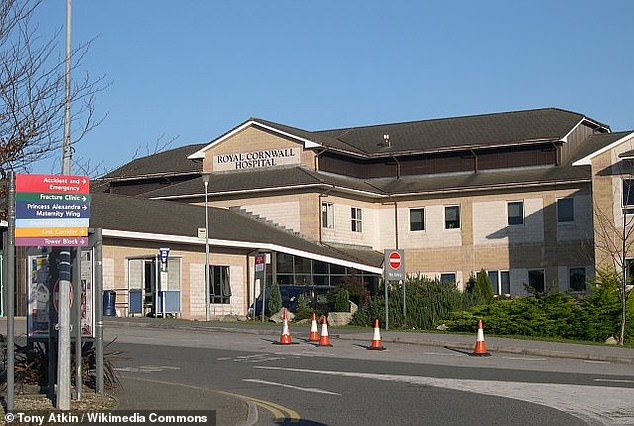 ‘He got away with it for a very long time’: The ex-builder rose to prominence in the NHS on the back of fabricated credentials and made £1million in 12 years. Jon Andrewes worked for the Royal Cornwall Trust, pictured

But the Court of Appeal has now reversed this decision, arguing that Andrewes had given ‘full value’ for the salary and benefits he received — even though he had obtained the roles fraudulently — and should not be punished twice for the same crimes.

Which all rather begs the question: did he actually need any qualifications to do his job in the first place?

Andrewes has now been released from prison. His wife Penny has stood by him. They live in Devon.

Had the Court of Appeal not ruled in his favour, Andrewes would have had to relinquish the profits from the sale of their previous house, along with premium bonds in his name, an insurance payout for a Seat Leon car, and a barge he owns in Amsterdam; he would have also had to cash in a pension plan.

There are those, no doubt, who think he should have been made to repay every penny, considering he worked for the NHS.

Others, however, including former colleagues, believe he has already paid a heavy price; the sentence he received (some child sex offenders have spent not much longer behind bars) combined with the public humiliation is punishment enough, they say.

His motive, according to someone who used to work with him, was not simply financial but borne out of ‘frustration with people less able than himself getting promotions because he did not have the right piece of paper’.

Either way, the case highlights just how far lying on your CV can get you although few could have matched the sheer chutzpah of Jon Andrewes.

The key date in this cautionary tale for employers is 2004. That was the year Andrewes was made chief executive of St Margaret’s Hospice, a palliative care charity in Taunton, Somerset, on an initial salary of £75,000-a-year.

From our inquiries, based on information supplied to us by a former member of staff, we know that he was challenged during his interview about why his name was spelt differently (‘Andrewes’ and ‘Andrews’ and ‘Jon’ and ‘John’) on his birth certificate, passport and driving licence.

He said this was because he had been adopted, something we have been unable to verify.

In any event, copies of the documents with the different spellings circled were sent to the Criminal Records Bureau, part of the Home Office (now the Disclosure and Barring Service) which confirmed that Andrewes did not have a criminal record.

There was no suspicion Andrewes had invented his qualifications, which would have been more difficult to check quickly back then in the days before there was an array of companies offering specialist checking services.

So there was no reason not to make the appointment; a decision the hospice would come to bitterly regret with hindsight.

At the time, his application seemed hugely impressive.

And it was true that, after a spell as a builder, he had actually been legitimately employed in a number of senior management positions in the public and charity sectors after working as a social worker and probation officer in the Seventies and Eighties.

One of the groups was the national environmental regeneration charity Groundwork Trust.

‘He came across as very knowledgeable and competent,’ recalled David Shepperd, former head of legal services at Plymouth City Council, who liaised closely with Andrewes on a council-funded green project. ‘He was an affable, nice guy to deal with.’

Andrewes combined his job at the Groundwork Trust (1998-2004) with a voluntary role leading Brixham 21, a campaign credited with bringing millions of pounds of investment to the port near Torbay. 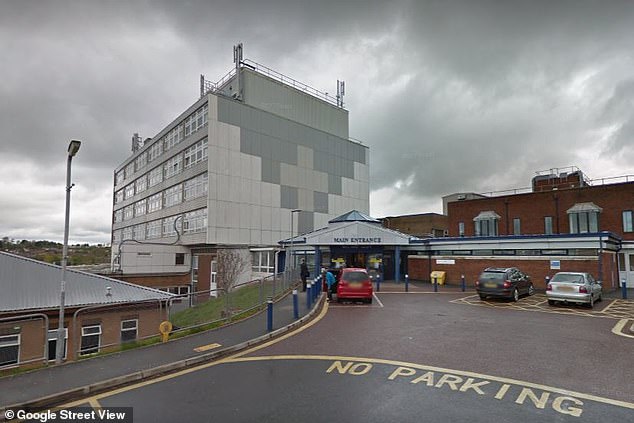 The Court of Appeal ruled this week that Andrewes can keep his earnings arguing that he had given ‘full value’ for the salary and benefits he received — even though he had obtained the roles fraudulently. Andrewes was also appointed chairman of the Torbay NHS Care Trust (Pictured, Torbay hospital)

‘Under Jon’s leadership we achieved a hell of a lot for Brixham,’ said Chris Lomas, a former Liberal Democrat councillor.

‘He got things done. I always thought of him as a successful high-flying, high achiever. I don’t agree with anyone forging qualifications to get ahead of somebody else.

‘I suspect he got frustrated with people less able than himself getting promotions because he did not have the right piece of paper.’

This is precisely what happened, it seems, after Andrewes was installed as CEO of St Margaret’s, which he used as a springboard to launch his career in the NHS, taking up a string of influential, high-profile, non-executive roles he was able to carry out in conjunction with his responsibilities at the hospice.

He was appointed chairman of Torbay NHS Care Trust in 2007 before stepping down in 2015 to take up the same position at the Royal Cornwall Hospitals NHS Trust.

Still there was no suspicion of the ‘staggering lies’ on his CV.

At St Margaret’s, he was ‘charming and personable,’ by all accounts, even though he had requested, rather loftily, that everyone address him as ‘Dr Andrewes’. Anyone who has a PhD is entitled to use that title.

‘He got away with it for a very long time,’ said the former member of staff. She compared Andrewes to Frank Abagnale, the legendary U.S. fraudster whose exploits were turned into the movie Catch Me If You Can.

That may seem like an exaggeration but Andrewes did more than just embellish his CV, he practically created a new identity, which was about to dramatically unravel.

Irregularities in the way grants from the Department of Health were obtained and spent on building projects at the hospice had led to an internal investigation at St Margaret’s which, eventually, resulted in two former members of staff pleading guilty to fraud last year.

During this process, clinical director Ann Lee discovered Jon Andrewes’s CV on computer records at St Margaret’s. Or should we say his three CVs.

Key dates and career details on his original CV for the chief executive’s job at St Margaret’s were significantly different from the CV he used to become chairman of Torbay NHS Care Trust, which was markedly different again from the CV he submitted to get the same position at the Royal Cornwall Hospitals NHS Trust.

It was almost as if Jon Andrewes was three different people.

The discrepancies uncovered by Ann Lee, who has now taken over as chief executive at St Margaret’s, were brought to the attention of the police and the NHS anti- fraud team.

None of the universities Andrewes claimed to have received degrees from, they discovered, had any record of his attendance.

Much of his employment history had also been re-written so it included stints at the Home Office and HM Revenue & Customs in 1969 — when he would have been only 16.

‘It beggars belief that no due diligence was carried out when he was appointed to these roles in the NHS,’ says an NHS source.

Jon Andrewes announced he was retiring early from the NHS in 2016. The following year he was in the dock at Exeter Crown Court.

‘Your outwardly prestigious life was based upon a lie, and more accurately a series of staggering lies,’ the judge told him before passing sentence.

‘They were repeated lies about your education and employment background and your experience, lies by which you obtained responsible positions which you at least probably, if not certainly, would not otherwise obtained, positions in which honesty and integrity were essential qualities. Of course, because of your fraud, you received an income you should not have received.

‘Above all, what you did means that you were performing responsible roles which you should not have been performing and inevitably that causes real damage to the public’s confidence in the organisations which you deceived.’

On the Court of Appeal’s decision, a spokesperson from St Margaret’s Hospice, said: ‘We are disappointed that Mr Andrewes appeal has been upheld, but are pleased that this final hearing brings this matter to a close.

‘St Margaret’s Hospice has moved on and is focused on ensuring that our patients and their families across Somerset continue to receive compassionate end of life care and support when and where they need it most, particularly at this challenging time.

Jon Andrewes has now embarked on a new life running a curtains and blinds company in South Devon with wife Penny.

‘I’m sorry he doesn’t want to talk about this,’ she said when she answered the door of their bungalow. ‘I understand why you’ve come but, I’m sorry, we’ve been through enough.’

NHS Improvement, which appointed Andrewes, said ‘the range of checks necessary for these type of appointments’ had been expanded in the wake of the controversy.

Considering how easily he fooled his bosses, the question is: How many others like Jon Andrewes are still out there?