Shanghai/Beijing: A former Canadian diplomat has been detained in China, two sources said on Tuesday, and his current employer, the International Crisis Group, said it was seeking his prompt and safe release.

Michael Kovrig's detention comes after police in Canada arrested the chief financial officer of China's Huawei Technologies on December 1 at the request of US authorities, a move that has infuriated Beijing. 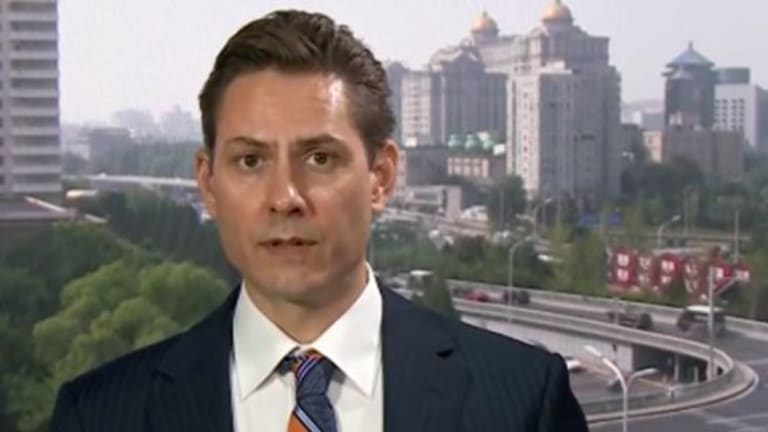 Michael Kovrig, a former Canadian diplomat, has been detained in China.Credit:CNBC

China's Foreign Ministry and Ministry of Public Security did not respond immediately to questions faxed about Kovrig's detention.

The exact reason for the detention, which was made sometime early this week, according to the sources, was not immediately clear.

The Canadian embassy declined to comment, referring queries to Ottawa.

Calls to Kovrig's phones were not answered.

Kovrig, a Mandarin speaker, has been working as a full-time expert for the International Crisis Group since February 2017.

From 2003 to 2016, he worked as a diplomat with stints in Beijing and Hong Kong, among others, according to his profile on LinkedIn.

Following Meng's arrest, China on Saturday summoned Canada's ambassador in Beijing and warned of severe "consequences" if Ottawa did not see that she was immediately released.

Meng is set to return to a Vancouver courtroom on Tuesday, as the judge weighs final issues in determining whether she should be freed on bail while awaiting proceedings for her possible extradition to the United States.

Washington has made accusations that Meng misled multinational banks about Huawei's control of a company operating in Iran, putting the banks at risk of violating US sanctions and incurring severe penalties.

Locked in a bitter trade war, Washington and Beijing earlier this month agreed to delay a planned January 1 increase in US tariffs to 25 per cent from 10 per cent on $US200 billion ($277 billion) worth of Chinese goods, allowing more time to negotiate over China's huge bilateral trade surplus and US complaints that it steals technology.

Chinese experts have said that Beijing was trying to separate Meng's arrest from the trade negotiations, but also warned that public anger in China over Canada's move could compel officials there to take measures that would further sour US-China ties and endanger talks.

In 2014, a Canadian couple, Kevin and Julia Garratt, were detained a week after Canada accused China of hacking into the national computer system. Kevin Garratt was charged with spying, but released and deported after he spent two years in detention.