BOGOTA (Reuters) – Former President Alvaro Uribe was set to begin testifying to Colombia’s supreme court on Tuesday as part of an investigation into whether he participated in witness tampering and bribery. 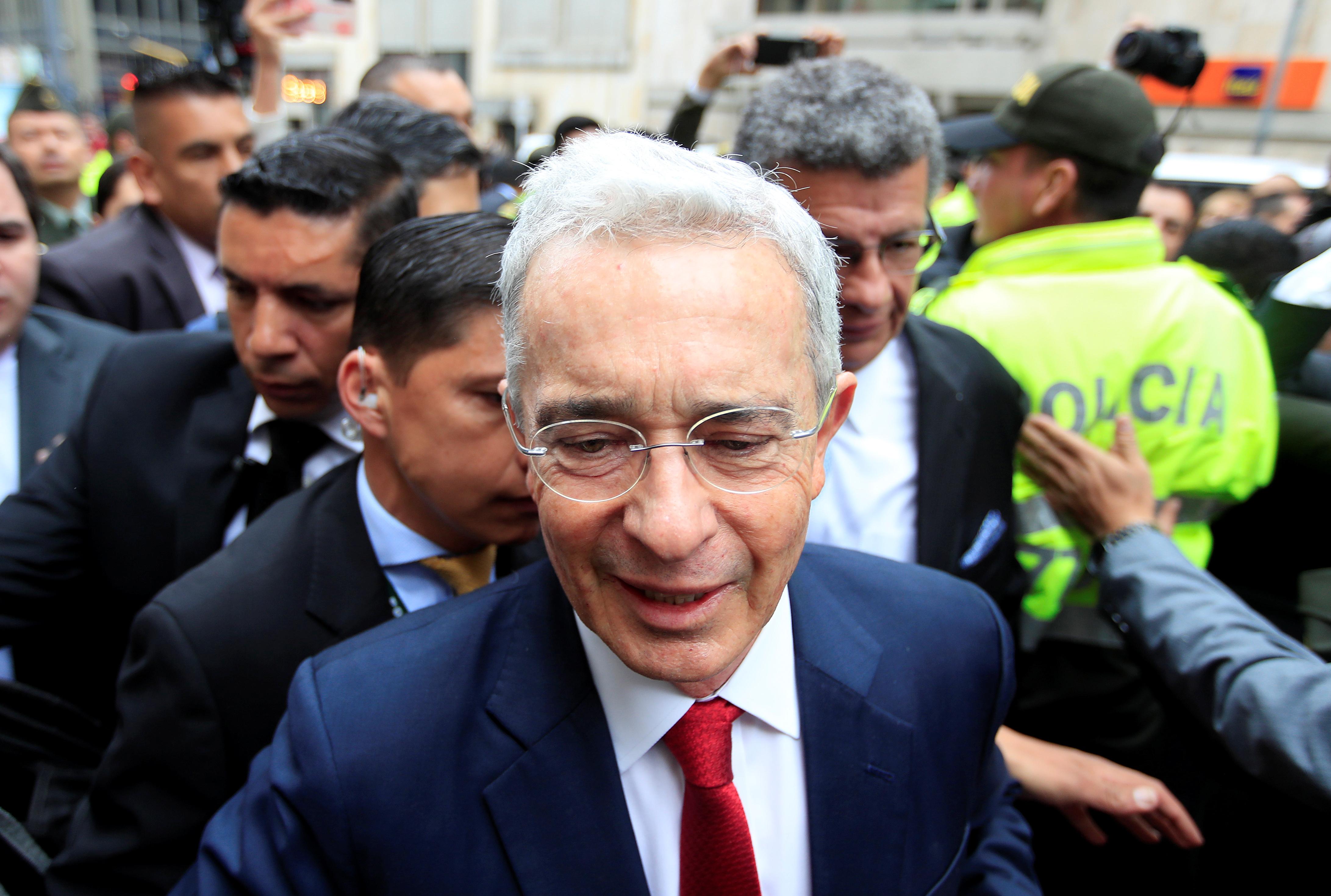 The private hearing is the first time a former president has been called to testify before the court and marks the latest installment in a long-running feud between right-winger Uribe and leftist senator Ivan Cepeda.

Uribe – a mentor of President Ivan Duque and a current senator – could serve time in prison if eventually convicted in the case. The hearings may last days, one of Uribe’s lawyers said.

Uribe – whose bodyguards and legislative allies accompanied him through a scrum of reporters outside the tribunal building – has questioned the court’s independence and repeatedly declared his innocence.

In 2012, Uribe accused Cepeda of orchestrating a plot to falsely tie him to right-wing paramilitary groups during jail visits to former fighters.

But in February 2018 the court, which investigates all criminal matters involving lawmakers, said Cepeda had collected information as part of his work and had not paid or pressured former paramilitaries.

Instead it was Uribe who was at fault, the court said.

The ex-president’s allies began new witness manipulation efforts even after that February decision, the court said in July 2018, after announcing it would call on Uribe to testify.

The request for testimony caused Uribe to briefly resign his senate seat in a move opponents said was meant to remove the case from the supreme court’s purview, something he denied.

Uribe – famous for mounting an aggressive military offensive against Marxist guerrillas during his 2002 to 2010 tenure – and his family have long been accused of links to paramilitaries, but previous investigations have borne little fruit.

Various allies of the former president have been investigated or convicted for connections to paramilitaries.

Duque said last year he is certain Uribe’s “honor and innocence” would prevail in the case, while Uribe’s Democratic Center party has said it has proof the case is a set-up.

Right-wing paramilitary groups, formed in the 1980s to fight leftist rebels, were financed by drug traffickers, ranchers and landowners.

The groups ruled through terror in many areas, committing massacres, rape and mass displacements. Some fighters demobilized during Uribe’s tenure, but others founded crime gangs which continue to traffic drugs.

Both Uribe supporters and opponents have planned rallies outside the court. He is expected to speak to reporters after the hearing.