A former KGB officer has said Vladimir Putin could order more assassinations because Britain is seen as a ‘soft touch’.

Former general Oleg Kalugin has urged the government to hit back and expel the Russian ambassador to send a ‘proper signal’.

Mr Kalugin, who was formerly chief of KGB counter-intelligence and is still on the run, has also said that he would have been killed ‘long ago’ if he lived in the UK, reports the Mirror.

The news comes after Russia asked Britain for help in identifying the two assassins police believe carried out the Novichok poisoning in Salisbury in March. 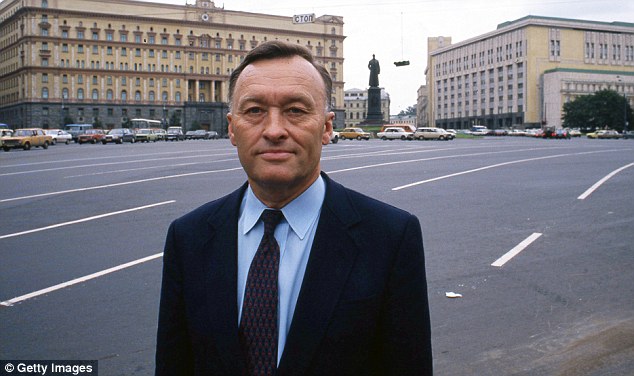 Former KGB officer Oleg Kalugin, pictured in 1990, has said Vladimir Putin could order more assassinations because Britain is seen as a ‘soft touch’

The pair, who are believed to have been using aliases, were named as Alexander Petrov and Ruslan Boshirov.

Mr Kalugin said: ‘The Russians see Britain as a soft touch. I would not rule out more assassinations.

‘Now that you’ve identified two assassins, I feel Britain should at the very least expel the Russian ambassador. That would send a proper signal.’

Mr Kalugin was Putin’s boss in the KGB in Leningrad during the 1970s, and was one of three men present when the organisation sanctioned the assassination of Bulgarian dissident Georgi Markov with a poisoned umbrella in London in 1978.

He believes that the Kremlin have behaved differently when acting on American soil.

Mr Kalugin said: ‘Just note how differently the Russians, and before them the Soviets, have acted in the US. Yes, they interfere in elections but they have never, to my certain knowledge, even attempted a political assassination on US soil. 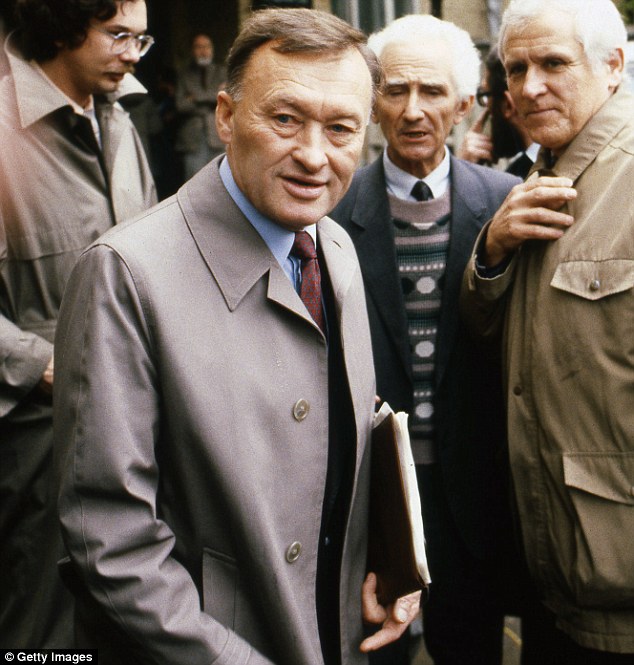 He said: ‘Now that you’ve identified two assassins, I feel Britain should at the very least expel the Russian ambassador. That would send a proper signal’

‘Of course, Britain has less means to make Putin feel threatened. But it’s been lacking in strong counter-action.’

He also said the government and security agencies ‘failed’ in their job by leaving Sergei Skripal, a former double agent, unprotected in Salisbury.

Skripal was a colonel in Russian military intelligence who was jailed for betraying agents to Britain’s MI6 security service. He moved to England in 2010 as part of a spy swap.

The nerve agent Novichok was believed to have been smeared on the front door of his house in the sleepy Wiltshire cathedral city in March.

London blamed the Russian state for the attack, but Moscow strongly denied any involvement.

The Skripals and Bailey both recovered, but in June, a British couple fell ill from the same type of nerve agent in the nearby town of Amesbury.

Mr Kalugin added that British security services should have learned from the death of Alexander Litvinenko, who was poisoned with a radioactive substance in London in 2006.