A former Labour minister last night urged voters to back the Tories, saying Jeremy Corbyn is ‘the biggest threat Britain has faced for a generation’.

Digby Jones, who served as trade minister under Gordon Brown, will use a speech to the Conservative Party conference tomorrow to warn the Tories to ‘stop obsessing about Brexit’ and focus their fire on Labour.

In an interview with the Daily Mail, the prominent Eurosceptic also encouraged party activists to back Theresa May’s Chequers deal and downplayed the dangers of adopting a ‘common rule book’ for trade with the EU. 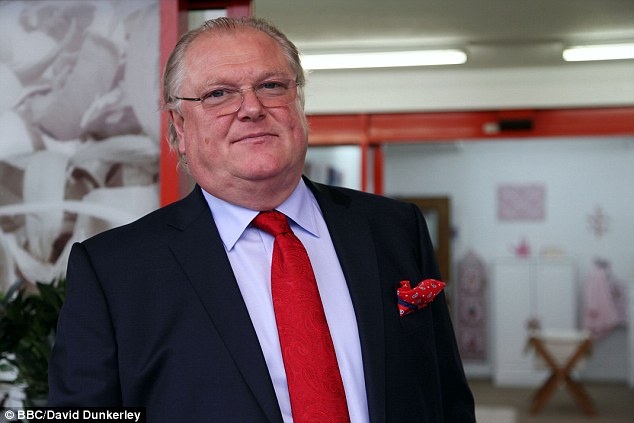 Lord Digby Jones, a former Labour minister, urged voters to back the Tories and not Corbyn

The former CBI chief delivered a withering rebuke to Boris Johnson, whose campaign to ‘Chuck Chequers’ is set to overshadow the conference.

He said: ‘My message to Boris is: just for once, put your country ahead of your personal ambitions and get behind the Prime Minister. Boris is making a play for the Prime Minister’s job. I don’t mind that, but I do mind it when he’s gambling my country to do it.’

Lord Jones, who was made a peer by Mr Brown, said Mr Corbyn’s virulent anti-business stance had persuaded him to back the Tories. ‘I was a Labour minister but I am encouraging people now to vote Conservative,’ he said.

‘We are in danger of ignoring the biggest threat Britain has faced for a generation. It isn’t Brexit – the biggest threat is a Corbyn government. He and the people around him – deep in their soul, in their DNA – hate business, they hate wealth creation, they do not like democratic capitalism.’ 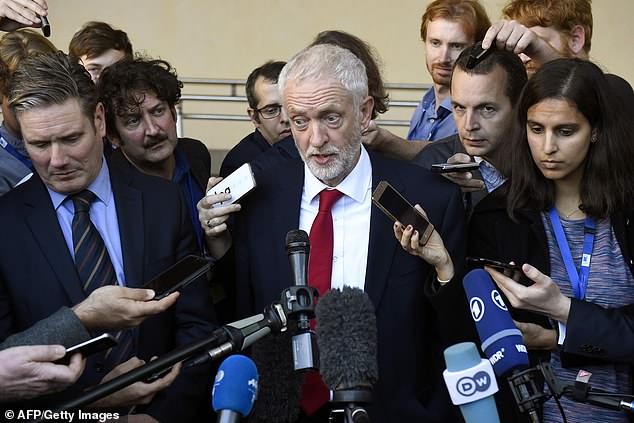 Lord Jones urged Mrs May not to make any more concessions to the ‘arrogant, autocratic’ EU.

‘The Remain camp and the Establishment and the divisions in the Government have meant that we the country keep going back and giving [EU chief negotiator Michel] Barnier more.

‘He hasn’t had to do any negotiation – he’s just constantly had to say no and he’s watched the Remain camp and the Establishment ruin our country, frankly. Enough is enough.’

Despite his criticism, Lord Jones believes Chequers provides the basis for a reasonable exit deal. He is also relaxed about the idea of a common rule book for goods, arguing it is what Britain’s manufacturing sector needs.

‘Don’t obsess over the ideology,’ he said. ‘Think about the practical application.’

Jobs revolution ‘has made us the envy of Europe’

Britain is being turned into ‘a great working nation’, Esther McVey will tell conference.

The Work and Pensions Secretary will declare that a ‘jobs revolution’ has made the UK the envy of Europe.

In her speech on Monday she will trumpet figures showing more jobs have been created in the past eight years under the Tories than during Labour’s 13 years in power.

‘We are transforming the country into a great working nation, prepared for our post-Brexit future,’ she will say.

‘Labour left government in 2010 with the number of households where no one had ever worked almost doubling.

‘In stark contrast, since 2010 we have added on average 1,000 more jobs each and every day – and despite what the Labour Party say, the vast majority of these are full-time permanent roles. 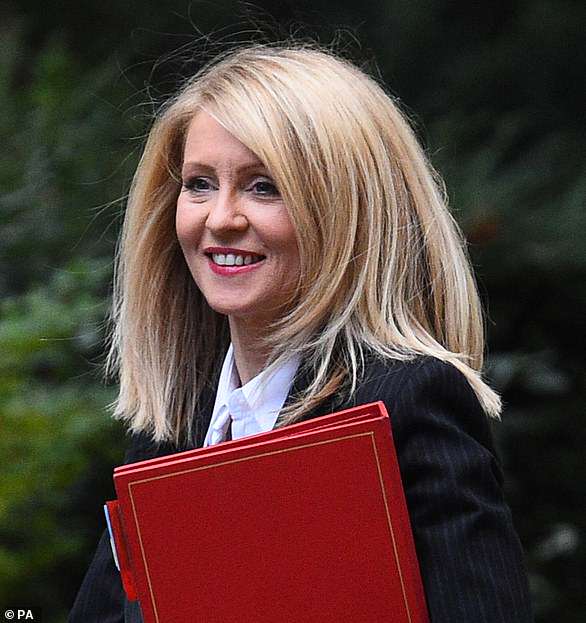 ‘More jobs have been created in the UK since 2010 than in France, Spain, Ireland, Netherlands, Austria, Sweden and Norway combined.

Miss McVey will argue ‘these are more than just numbers’ because of the importance of holding a job.

She will tell conference that getting people into work provides financial security for families, ‘helping people take control of their lives’.

She will look back at projects she launched as employment minister during her first spell in government.

She will highlight success stories including a former professional wrestler from Merseyside who found work thanks to a bus driver training scheme started in 2013 and a young man from Edinburgh who had struggled with depression who got a job as part of a project she began in 2014.

Miss McVey will also discuss how the Government has removed red tape thanks to the rollout of Universal Credit.

She will say: ‘We have eradicated the bureaucracy which meant people had to apply to three organisations for welfare: HMRC for tax credits, local authorities for housing benefit and DWP for unemployment benefits and disability payments.’

The former television presenter started her ministerial career at the Department for Work and Pensions in 2012, but was the most high-profile Tory casualty of the 2015 general election when she was ousted following a union-backed campaign.

She returned to the Cabinet earlier this year following an unlikely comeback in last year’s general election wining Tatton in Cheshire.