Former Malaysian Prime Minister Najib Razak was arrested by anti-corruption investigators on Tuesday afternoon in a development likely to lead to the former leader's charging with corruption offences.

A source with knowledge of the inquiry into Najib said that investigators had arranged for the former PM to hand himself into the anti-corruption agency on Tuesday. 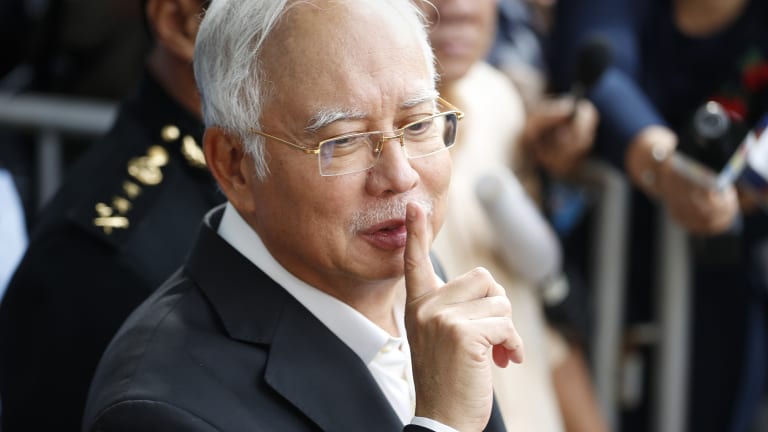 Last month, Malaysian Prime Minister Mahathir Mohamad said authorities were seeking to bring embezzlement and bribery charges against Najib after an inquiry into the suspected theft of billions of dollars from the state-run fund 1MDB.

US Department of Justice civil lawsuits are seeking to seize $US1.7 billion in real estate, art works and other luxuries allegedly bought with money looted from the 1Malaysia Development Berhad (1MDB) state fund, over which Najib exercised significant control.

After his election defeat, Najib stepped down as chairman of Barisan Nasional, the coalition that has ruled the country since independence from Britain in 1957, and as president of the United Malays National Organisation, the largest party within that coalition. 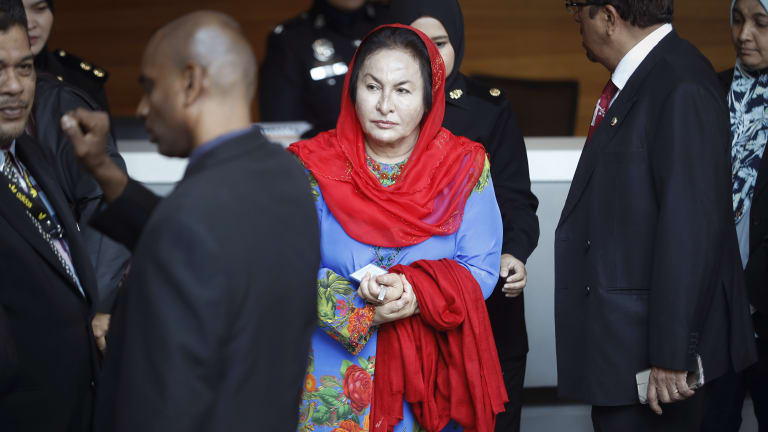 The ban on Najib and his wife leaving the country came shortly after he announced plans for a short holiday. A leaked flight manifesto showed Najib and Rosmah were due to leave on a private jet to Jakarta, fuelling rumours he was fleeing the country to escape possible prosecution over the 1MDB scandal.

Mahathir, now the world’s oldest elected leader at 92, has said his government would not seek revenge over the 1MDB fiasco, but that Najib would have to face the court if he was found to be responsible.

The fund was started by Najib when he took power in 2009, but it accumulated billions in debts and is being investigated in the US and several other countries. US investigators said Najib's associates looted $US4.5 billion from the fund, of which $US681 million landed in Najib's bank account and some $US30 million used to buy jewellery for his wife.

Najib denies any wrongdoing. He sacked critics in his government including an attorney-general and a deputy prime minister and muzzled the media. The new Attorney-General Mohamed Apandi Ali cleared Najib in 2016, saying the money was a donation from the Saudi royal family and that most of it was returned.

Mahathir, who is due to name his cabinet later on Saturday, has indicated that Attorney-General Mohamed Apandi would be axed for hiding evidence of wrongdoing.