The 93-year-old was rushed to Houston Methodist Hospital on Sunday – a day after a funeral was held for his wife, former First Lady Barbara Bush. 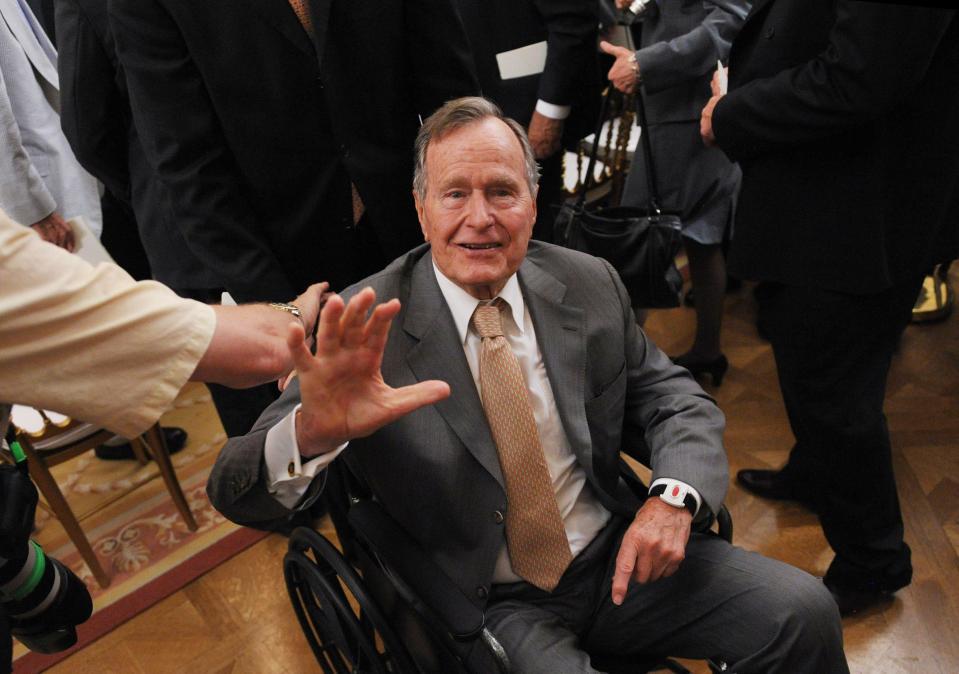 Spokesman Jim McGrath said: "President Bush was admitted to the Houston Methodist Hospital yesterday morning after contracting an infection that spread to his blood.

"He is responding to treatments and appears to be recovering. We will issue additional updates as events warrant."

A source told CNN, the country's oldest living ex-president had contracted sepsis, which can be life-threatening and was in a critical condition.

He attended his wife's funeral on Saturday wearing a pair of knitted socks decorated in blue, red and yellow books as a tribute to her work promoting literacy. 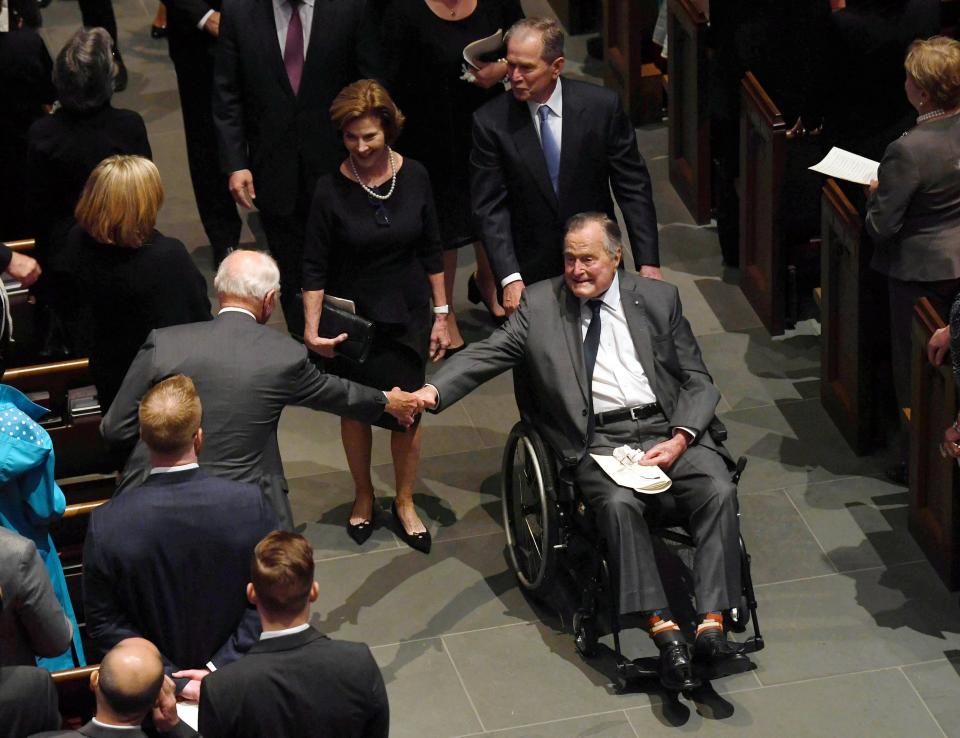 On Friday, during the public viewing of Barbara Bush's casket, George H.W. Bush offered his hand to many of the around 2,500 people who walked through the church to pay their respects.

Bush served a single term in the Oval Office from 1989 through 1993 and is the father of former Republican President George W. Bush, who served two terms from 2001 through 2009.

The elder Bush uses a wheelchair and an electric scooter for mobility after developing a form of Parkinson's disease, and he has needed hospital treatment several times in recent years for respiratory problems. 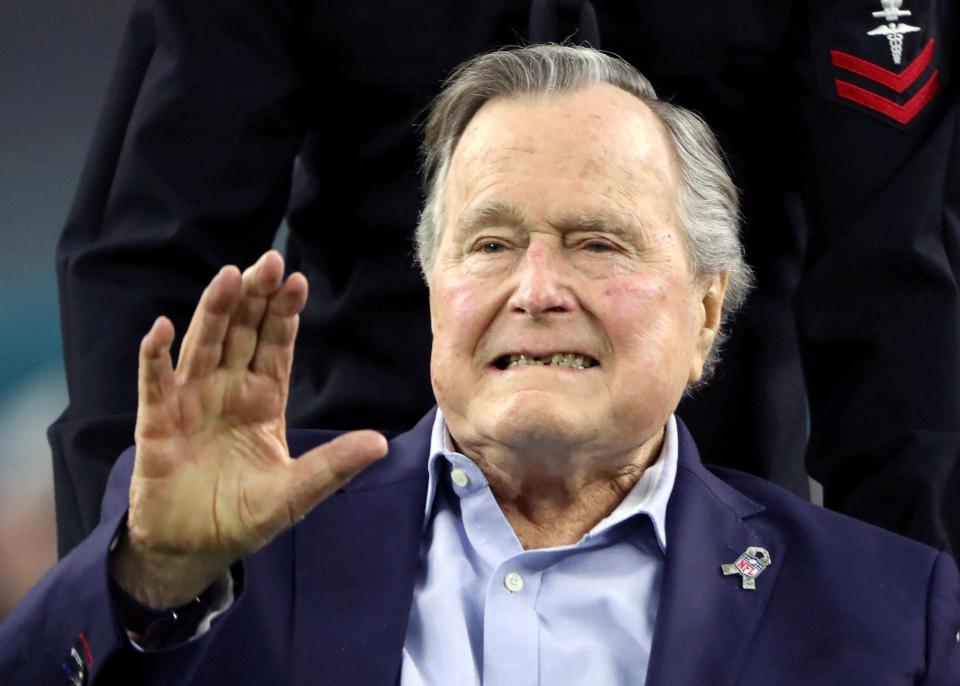 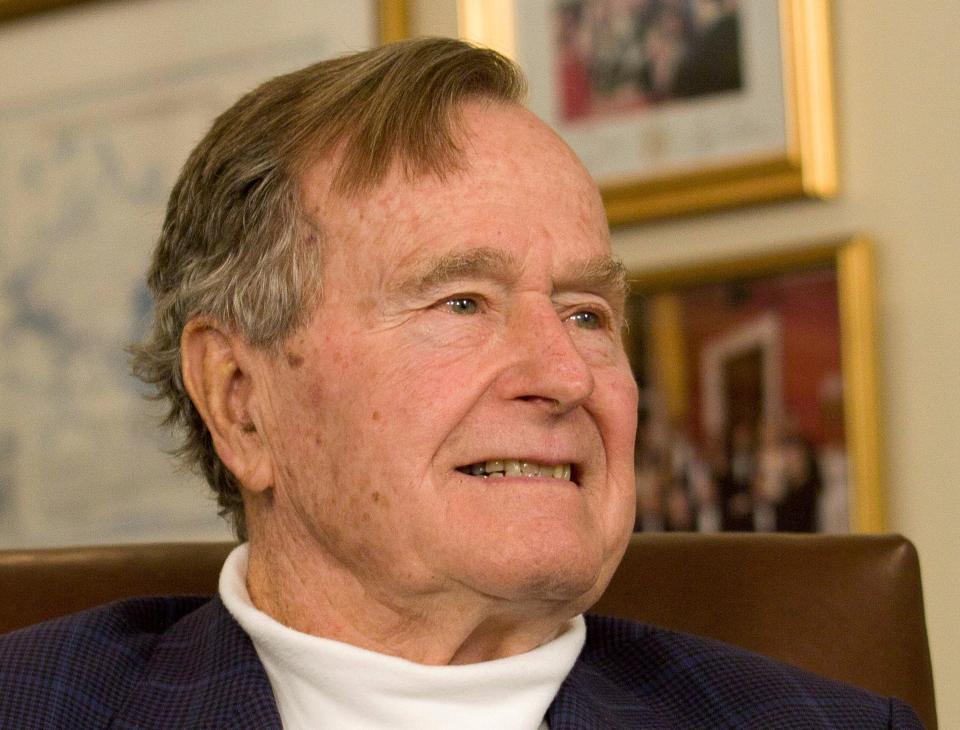 This time last year, he was treated for pneumonia and chronic bronchitis – a constant irritation of the lining of tubes that carry air to the lungs.

Bush's doctors said chronic bronchitis is a condition more prevalent with age and can aggravate the symptoms of pneumonia.

Prior to that, he spent 16 days in hospital in January 2017 for pneumonia.

During that hospital stay, which included time in intensive care, doctors inserted a breathing tube and connected him to a ventilator.

He also was hospitalised in 2015 in Maine after falling at home and breaking a bone in his neck, and in December 2014 for about a week for shortness of breath.

He spent Christmas 2012 in intensive care for a bronchitis-related cough and other issues.

His wife Barbara – the only American woman to see her husband and son both sworn in as president – died last Tuesday at the age of 92.

She was laid to rest on Saturday in a ceremony attended by her husband and former presidents Bill Clinton, Barack Obama, George W. Bush and their spouses, along with current first lady Melania Trump.

Barbara's longtime friend, Susan Baker, the wife of former Secretary of State James Baker, described her in a eulogy as a "tough but loving enforcer" whose 73-year marriage to her husband was a real-life fairy tale.