A SHOCKING video appears to show "Covidiots" tombstoning into the pool of a Marbella villa during a house party, despite strict national Covid-19 lockdown rules.

The party, which was reportedly attended by 40 influencers from across Spain, was held in the residential area of San Pedro Alcantara on the Costa del Sol on Saturday, in an apparent defiance of national coronavirus rules. 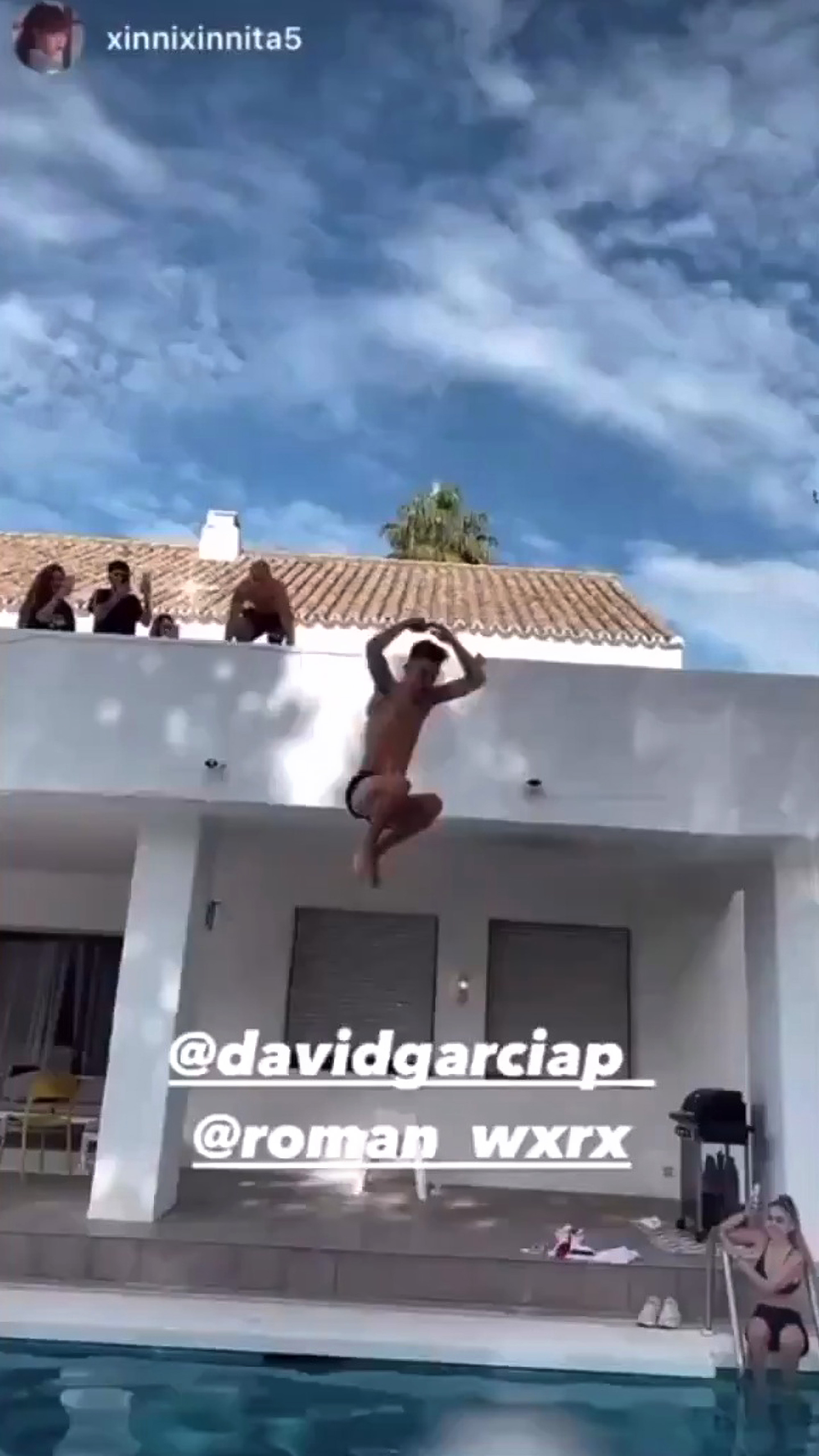 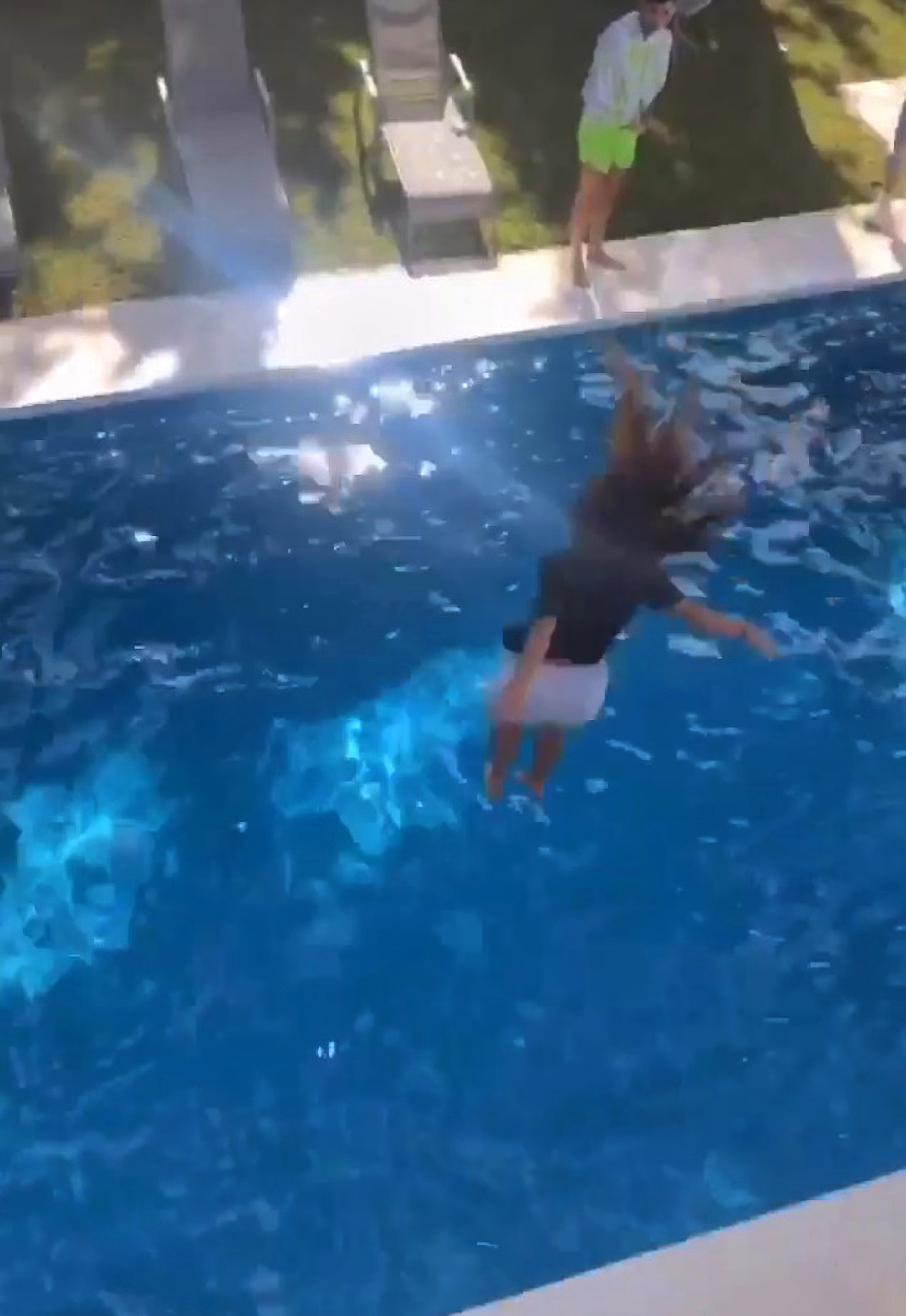 Police arrived at the property at around 9.15 pm and broke up the social gathering, sanctioning 23 of the 40 revellers for breaking rules – including not wearing mandatory face masks and breaking rules around social distancing.

The party was organised by the unnamed owner of the company Hellosaturday, which represents online influencers, and a report against the suspect has been filed by the police, according to local media.

Officers evicted revellers from the house – but organisers have been promoting the event as lasting until tomorrow.

The reckless party follows authorities in the southern region of Andalusia introducing a curfew between 10pm to 7am to prevent the spread of the virus while all ‘non-essential’ activities have been halted.

According to Spain's national state of emergency – which is in force across the country's 17 regions -there is a limit on public and private gatherings of different households to a maximum of six people.

Footage shared online shows partygoers jumping from the house roof into the ground floor swimming pool, which is known as ‘balconing’.

Some influencers such as xinnixinnita5 or srtagriezmann shared videos of the event, although it is unclear if they were in attendance at the party itself.

Authorities Andalusia recorded 3,179 cases of hospitalisation, while 503 are in intensive care units.

Bars and restaurants have to close by 9.30 pm, although delivery services are allowed to continue until 11.30 pm.

Meanwhile, venues are required to operate with a 30 per cent capacity inside and 75 per cent in outdoor terraces.

Marbella will enter a tier-4 lockdown on November 23, which will see the closure of all nightclubs and bars.