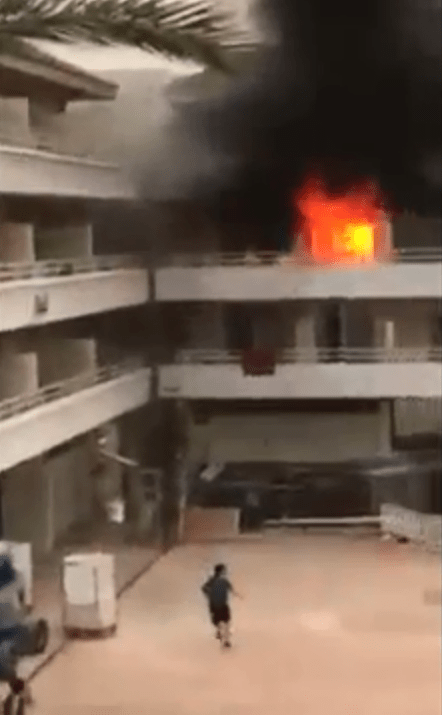 No one was badly hurt, although several people including three Civil Guard officers had to be treated for smoke inhalation. 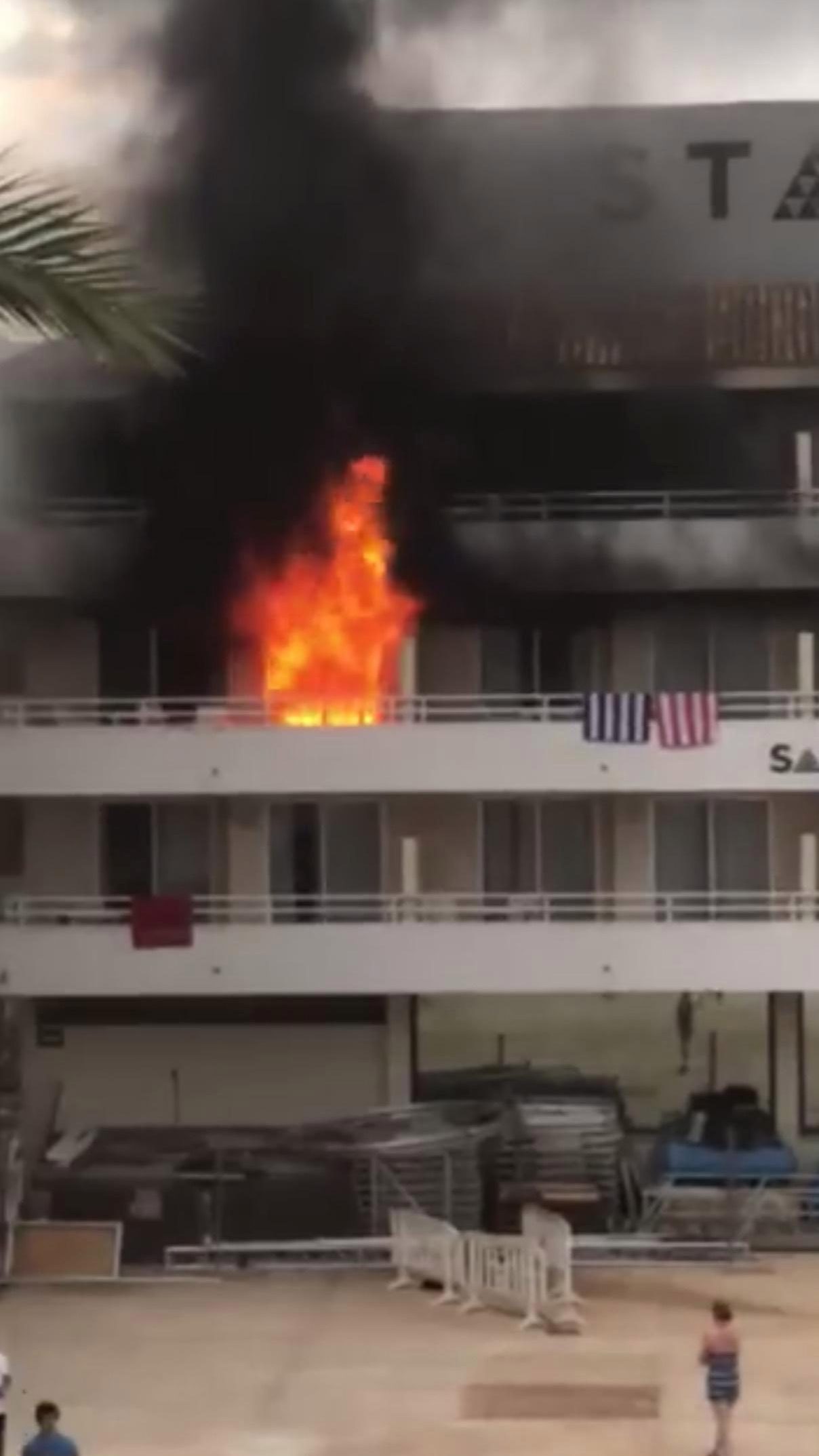 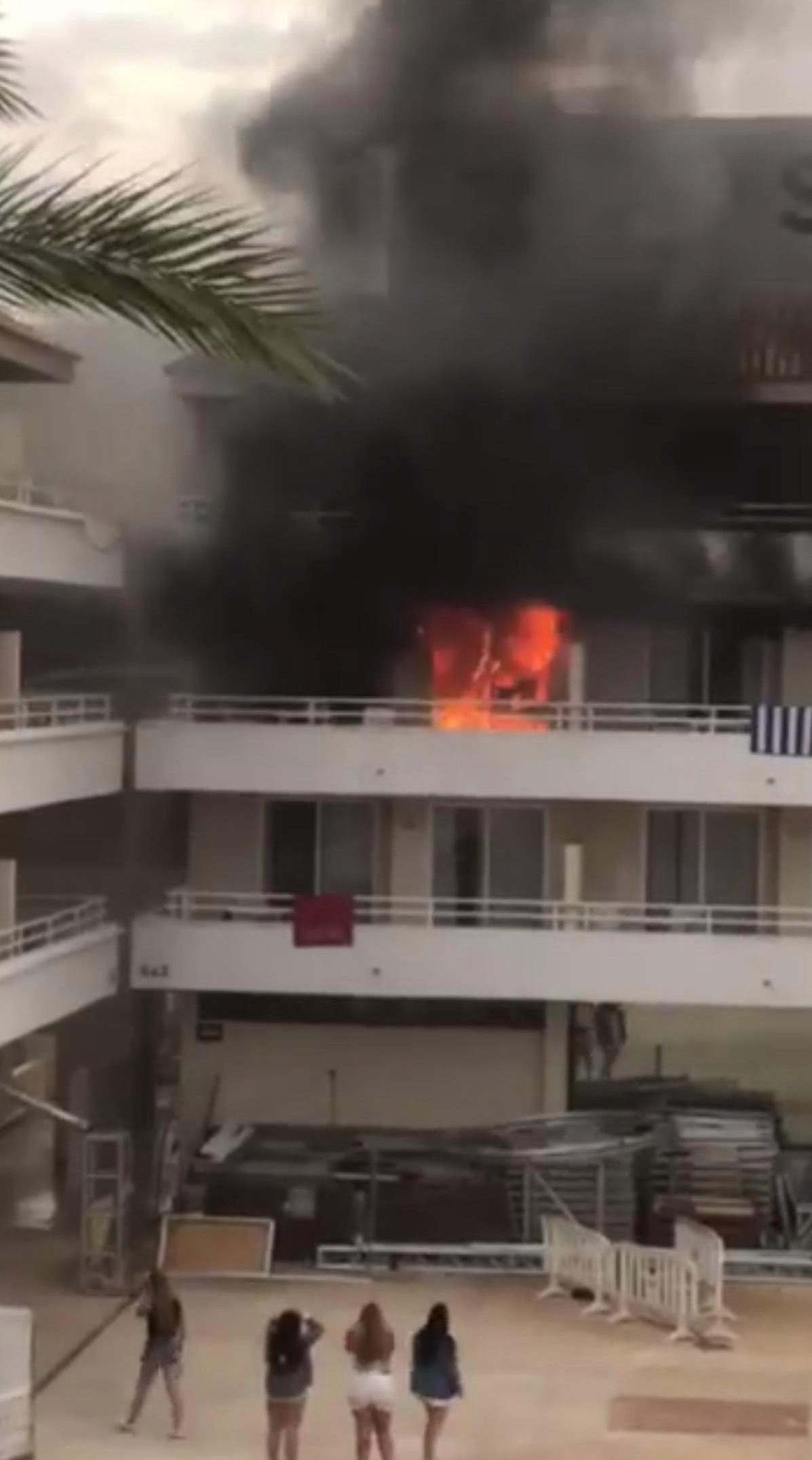 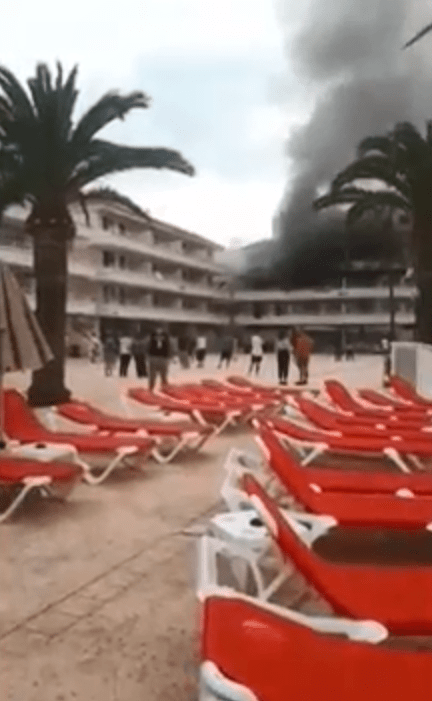 Today police confirmed four Brits had been arrested over the blaze.

A Civil Guard source said: “Two men and two women have been held on suspicion of starting the fire.

“They are thought to have been messing around with an aerosol and a lighter.” 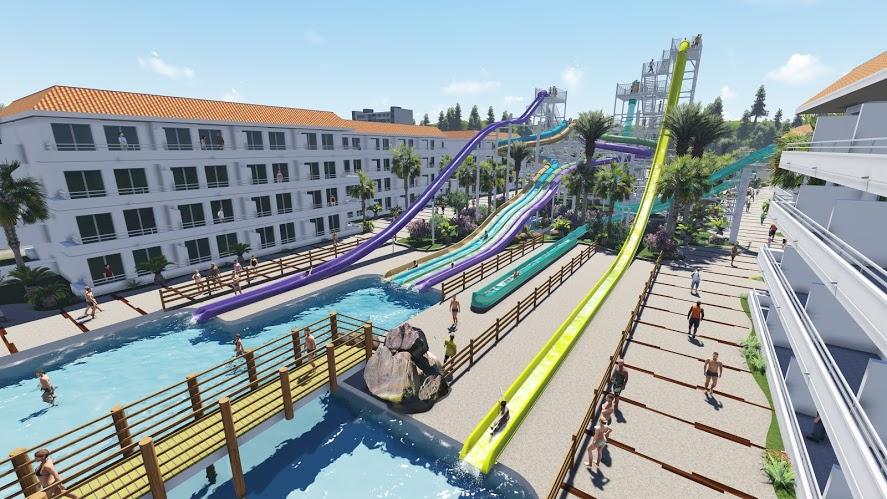 In 2016, the hotel made headlines when three British men were filmed being beaten by staff.