Four police officers have been killed in a knife attack at the police headquarters in Paris.

The attacker, who worked in the building, was shot dead at the scene.

It happened at about 1pm local time at the large police building, located just across from Notre Dame Cathedral.

The motive for the attack is unclear.

Police union official Loic Travers said the attack appeared to have started in an office and continued elsewhere in the large compound.

He said the employee believed to be responsible had never created any problems before.

An air ambulance landed on the nearby on the Pont Marie after the attack. 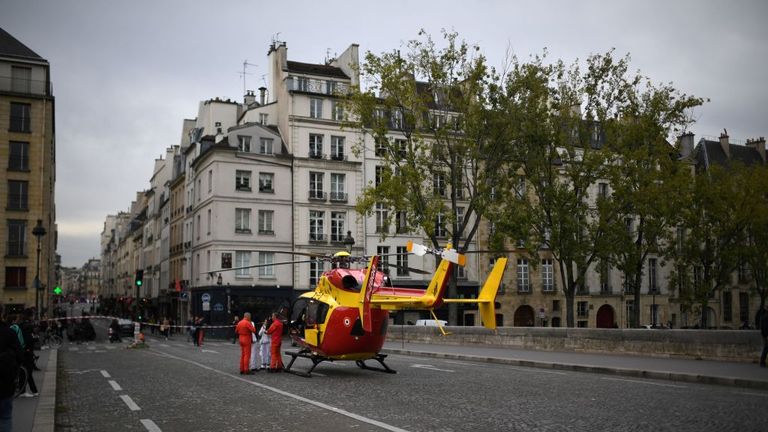 France’s interior minister and the Paris prosecutor were heading to the scene.

The Cite Metro station, near the scene of the attack, was shut down for security reasons.

Extremist attacks have targeted French police in recent years. A gunman opened fire on the Champs-Elysees in 2017, killing one officer before being killed himself.

In 2016, an Islamic State-inspired attack killed a police officer and his partner at his home.