A juvenile fox caused quite a ruckus in a San Diego home after it came in through a side door and took refuge in a bathroom to hide from the resident’s barking dog.

Kessa Pellum, 31, told ABC News she fell asleep on the couch and woke up 4 a.m. Monday to her 7-year-old French bulldog, Yoda, “barking ferociously” in an attempt to wake her up.

Pellum, who was home alone, didn’t think much of it at first, as Yoda occasionally gets startled at night. But when she got up, he ran across the living room into a corridor and “started chasing an identifiable creature around.”

At first, Pellum thought it was a raccoon, but then she saw the animal was mostly grey and snarling back at her dog. 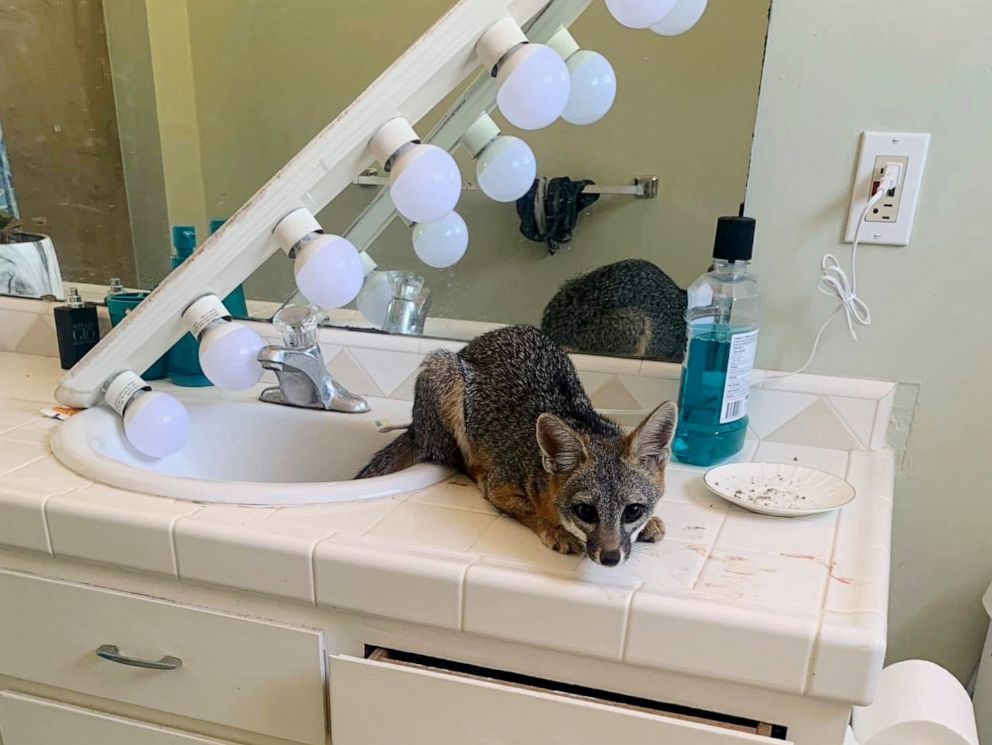 The fox first wreaked havoc in the guest bathroom, where it knocked a Himalayan salt lamp off the counter and then knocked over everything in the shower, Pellum said.

After Pellum locked Yoda in a bedroom, the fox ran into her roommate’s bathroom, and she shut the door after she heard glass shatter. She then opened the sliding glass door to his connecting bedroom, hoping the fox would leave on its own, and went to bed.

She hadn’t heard anything by the time she woke up around 8 a.m., so when she went into her roommate’s bathroom to check out the damage, she didn’t expect to find the fox curled up in “a cute little ball.”

The fox peeped its head at her before she walked backward out of the bathroom and called the San Diego Humane Society to come and pick it up.

The animal control officer got there within a half an hour and used an 8-foot pole with a role attached to extract the fox from the home. During that time, the fox was howling, Pellum assumes because it felt safe and comfortable in its makeshift home.

The officer then determined that the young fox was healthy and released it back into the wild, Dariel Walker, public information officer for the San Diego Humane Society, told ABC News.

Once the fox was outside, it ran away quickly, Pellum said, adding that it got in through her side door, which she typically leaves ajar so Yoda can come in and out of the house.